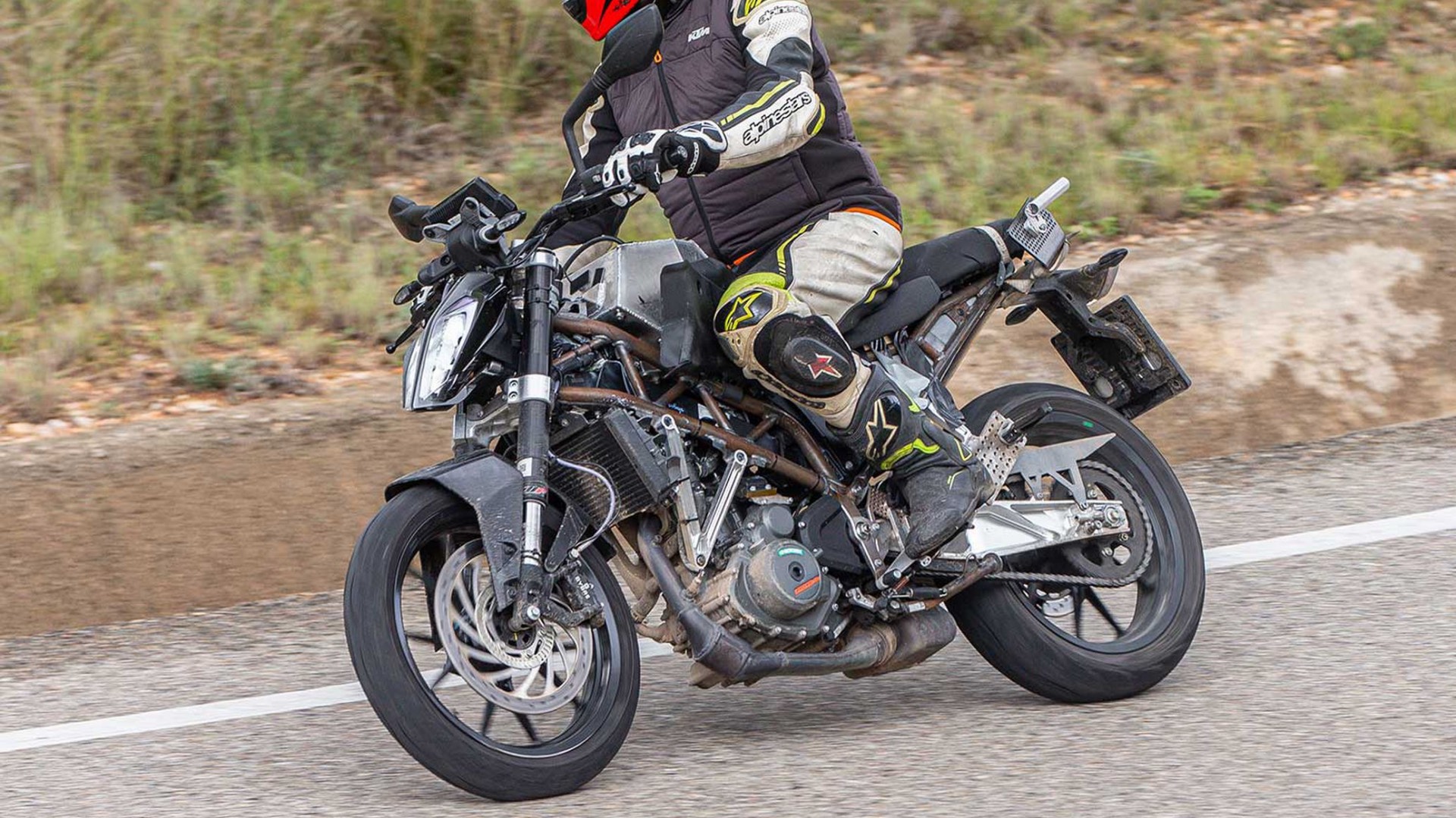 The KTM 390 Adventure is coming soon, and it is going to be loaded with new electronics package. Yes, the 390 Adventure will have an updated chassis for the adventure touring needs and it will also come with a BS6 compliant petrol motor. So then, obviously the KTM 390 Duke is going to get the benefits soon as it remains the most sought after motorcycle in the segment. Spotted testing yet again on international soil, the 2021 KTM 390 Duke is going to be introduced with a host of changes to set the benchmark higher.

From the spyshots, one can clearly notice the completely reworked chassis for the motorcycle which looks a lot like the Ducati Monster series. The trellis chassis on the new bike could also drop some kilos for a better power to weight ratio. Also seen on the bike is a new exhaust setup to meet the Euro 5 & BS6 emission compliance and also be future ready. The test bike had minimum bodywork, and it further revealed the new swingarm, revised suspension setup at the rear and we also expect a updated WP USD front fork.

The BS6 compliant 373.2cc, single-cylinder, liquid-cooled motor on the KTM 390 Adventure will produce 43 HP of power and 37 Nm of torque. This could very well be carried over to the 2021 KTM 390 Duke as well. But, what is exciting is that the other features in the electronics package from the 390 Adventure could also trickle down. These include traction control with lean angle sensitivity, cornering ABS and Quickshifter+. This would make the KTM 390 Duke the most advanced motorcycle in the segment.

As of now, the KTM 390 Duke does have a colour TFT speedo console. However, the update would bring along smartphone connectivity which allows for turn-by-turn navigation display. We are expecting styling to be just as radical as the current model, with new body graphics but with the obvious overdose of orange colours. KTM is expected to reveal the 2021 390 Duke at the EICMA show in Milan later this year. The bike will arrive in India by Q1 of 2021 but will be priced a fair bit higher thanks to the extra equipment.