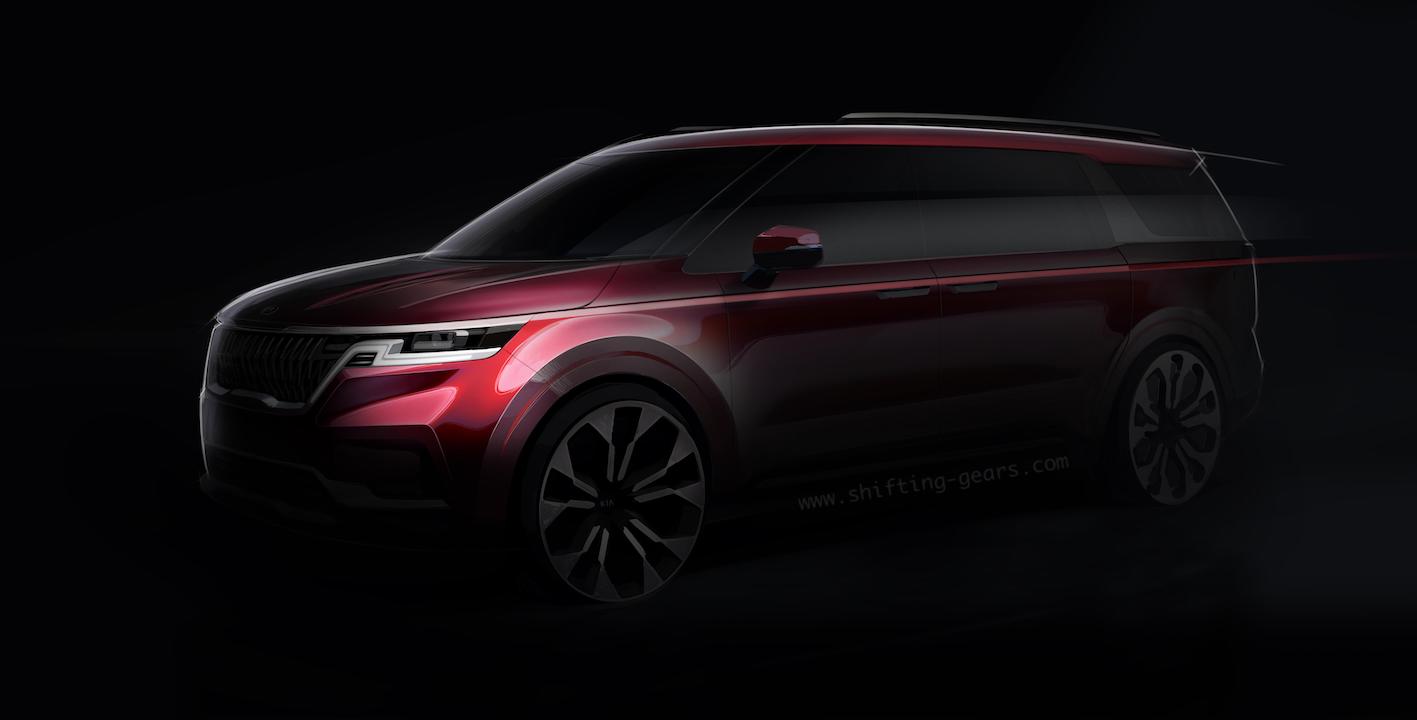 Kia has teased the design renderings of the next, fourth-generation Carnival premium MPV which is also marketed as the Kia ‘Sedona’. The Kia Carnival is the brand’s flagship MPV and is expected to make its world debut in the third quarter of 2020 in Korea followed by its global sales in other Kia markets.

The next-generation model draws its design influence from its predecessors with more futuristic styling elements and pieces of equipment on offer and a new SUV inspired design language. Kia’s designers call this ‘Symphonic Architecture’, creating a sense of harmony and structural energy when the detailed design is brought together with its technical features.

The teaser image reveals that the next-generation Carnival MPV features a larger Kia Tiger-Nose signature grille that integrates with sharp & futuristic headlamp units along with seamless character lines that encompass the front blending it with the shoulder line all the way towards the rear. The front apron appears to have a geometric design on the bumper, rounded wheel arches housing large alloy wheels and raised crests on the bonnet. The design renderings also appear to have a floating roof design, large doors with a sliding door for easy ingress and egress into the second row.

Though Kia has not revealed any powertrain details on the next-generation Kia Carnival the engine powering the current-generation Carnival in India is a BS6-compliant 2.2L VGT four-cylinder common rail direct injection engine which produces 200 Ps of power and 440 Nm of torque mated to an 8-speed Sportsmatic Automatic transmission. The next-generation MPV is expected to retain this engine and additionally, that brand is likely to offer the 2021 Carnival with a 2.5-litre turbo-petrol engine that develops 280 Hp and powers the Kia Sorento. Speculations are that the 2021 Kia Carnival will also get a 1.6-litre petrol-hybrid motor.