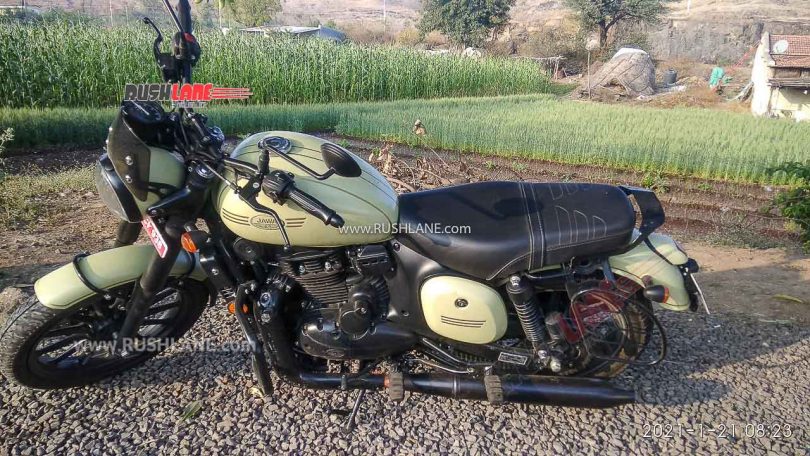 According to sources, the test mule was spotted testing around Pune and features the same equipment that was seen on the motorcycle spotted earlier. But while the test mule spotted earlier had the same Chrome and Silver finished engine, the new images show a black-painted engine, indicating that the brand could bring the new iteration with a dark theme. Other equipments such as the small flyscreen, black painted exhaust pipes blacked-out suspension, a new pillion grabrail and the trim around headlamp and taillamps are also finished in black. Essentially, most chrome parts have been replaced with black elements refreshing the appearance of the motorcycle.

The new Jawa Forty-Two equipped with new alloy wheels also leads us to believe that the customer will now be able to enjoy the benefit of tubeless tyres, improving the reliability of the vehicle. Also, the spied motorcycle is seen with a new seat upholstery with new stitching. The brand is also expected to have improved the cushion quality and seat cover quality with the update.

In terms of the powertrain details, the Jawa Forty-Two is expected to retain the recently upgraded BS6 compliant 293cc single-cylinder, four-stroke, DOHC engine with fuel injection, liquid-cooling and cross port technology that helps produce 27 Bhp of power and 28 Nm of torque matched to a constant-mesh 6-speed gearbox. Other hardware such as the double-cradle frame, front fork suspension, twin shocks on the rear, and disc brakes are also expected to be carried over from the current motorcycle. 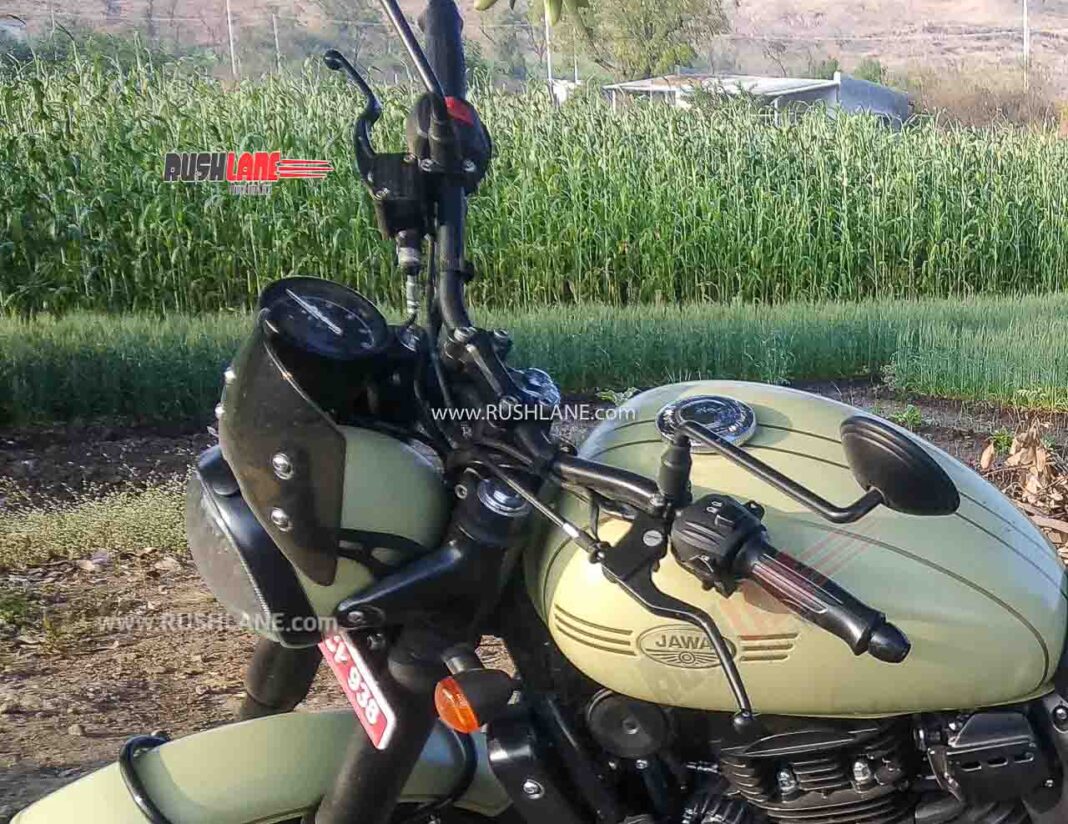 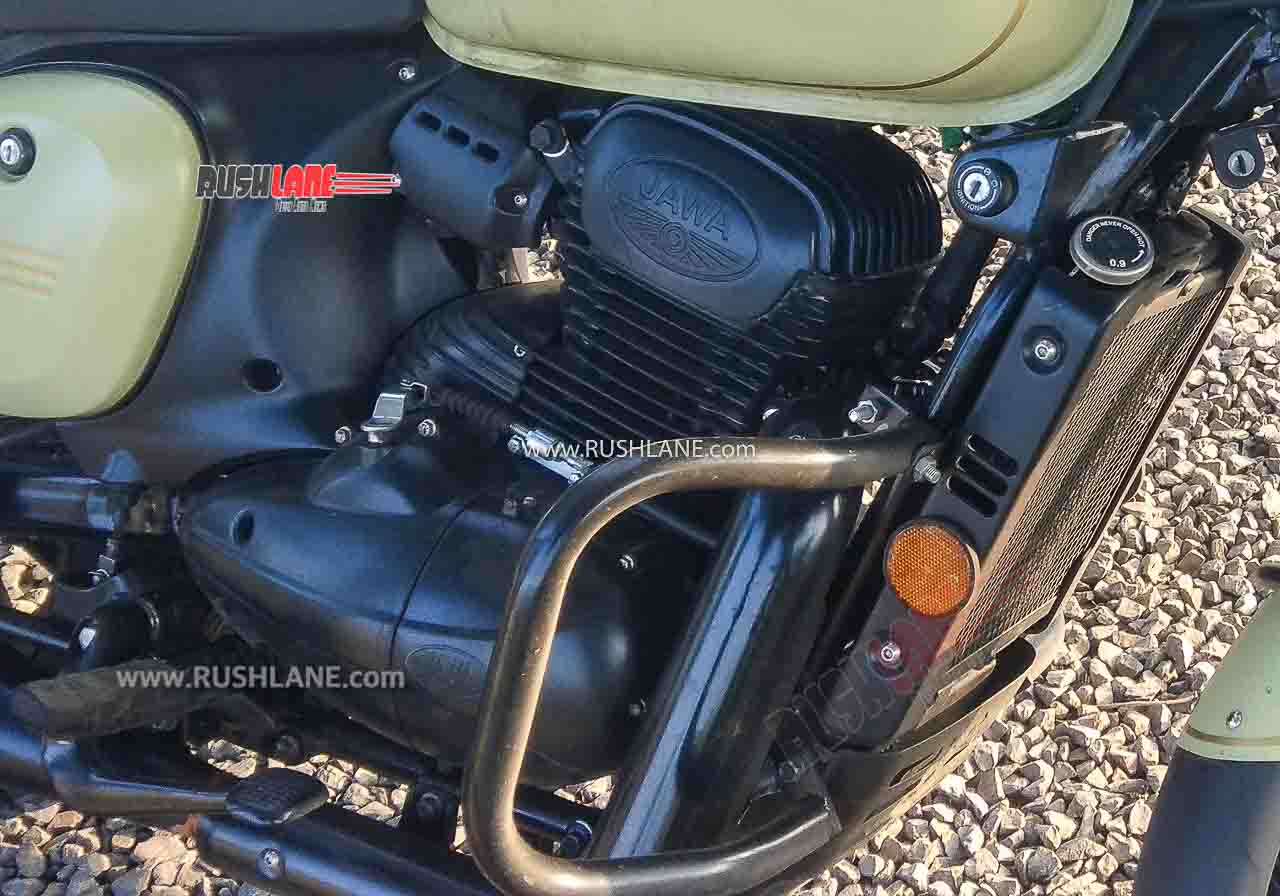 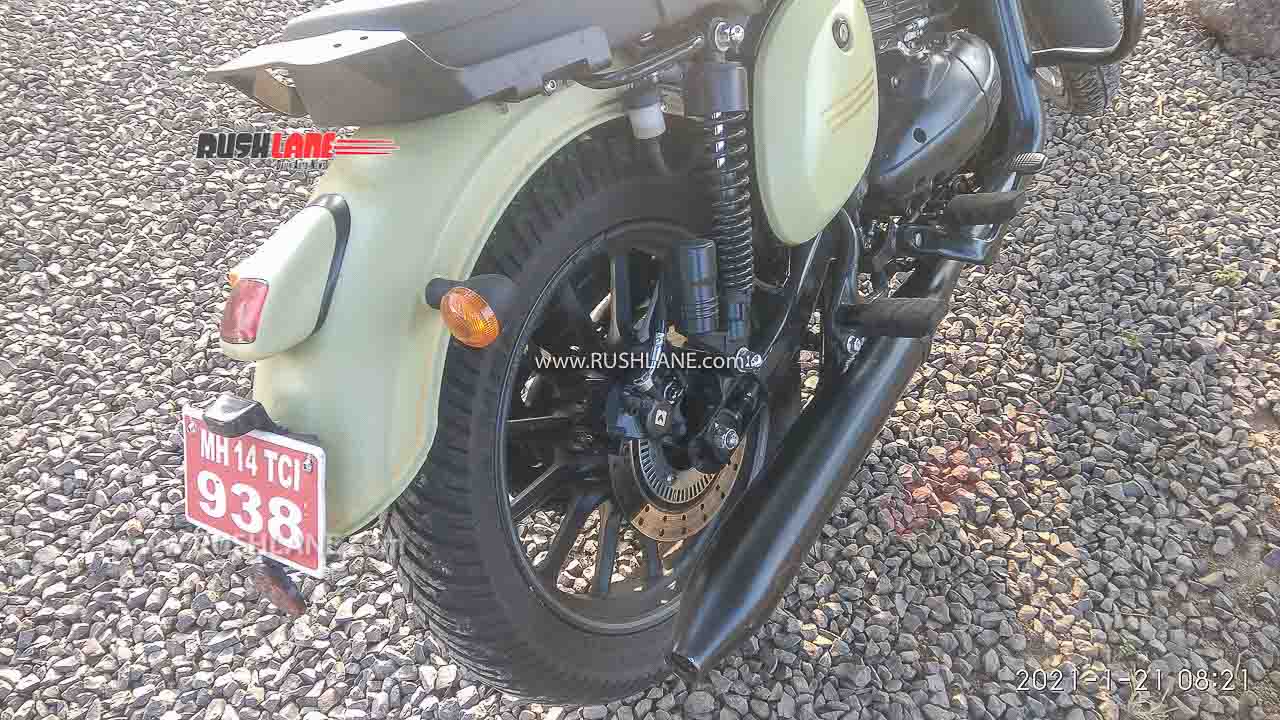