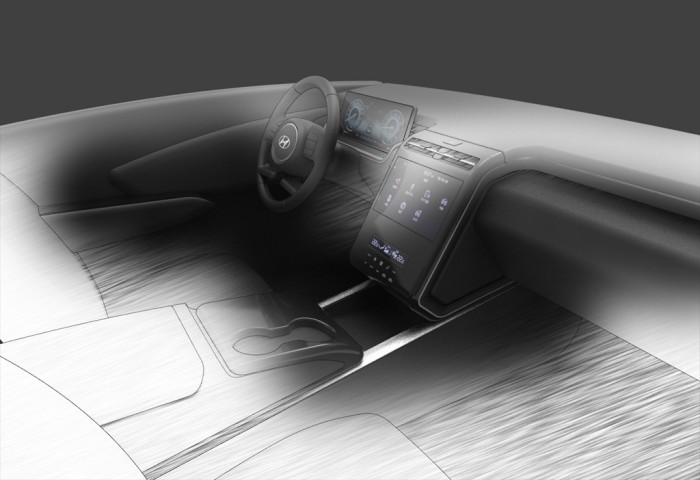 Hyundai is in the process of developing the all-new 2021 Tucson and a design sketch of the SUVs interiors has surfaced the internet which shows us a glimpse of what the South-Korean carmaker will be offering on the next-generation model.

According to the design sketch, on the interior, the 2021 Hyundai Tucson will feature a futuristic and minimalist approach with a flat dashboard fascia. The image also shows that the new-generation SUV is likely to feature a new design control mounted steering wheel a large flat panel display for the instrumentation, sleek air-con vents on the centre dashboard and large twin displays stacked over each other one for the infotainment and another with touch-sensitive controls for the air-conditioning.

The dashboard on the new design is completely uncluttered with minimum physical buttons on the centre. The central tunnel is raised integrating an armrest and comes with cubby holes and cup holders along with a wireless smartphone charging cradle. The transmission is also likely to be placed on the central tunnel and is expected to be the new Shift-By-Wire type. The infotainment is also expected to feature the latest-generation telematics and the advanced BlueLink systems.

The brand has launched the 2020 facelift Hyundai Tucson in the Indian market at prices starting INR 22.30 lakh ex-showroom available in both two-wheel and four-wheel drive variants in petrol and diesel iterations both offered with an automatic gearbox.

While the new Hyundai Tucson is expected to arrive next year in the international market the next-generation SUV is likely to arrive in India around 2023. 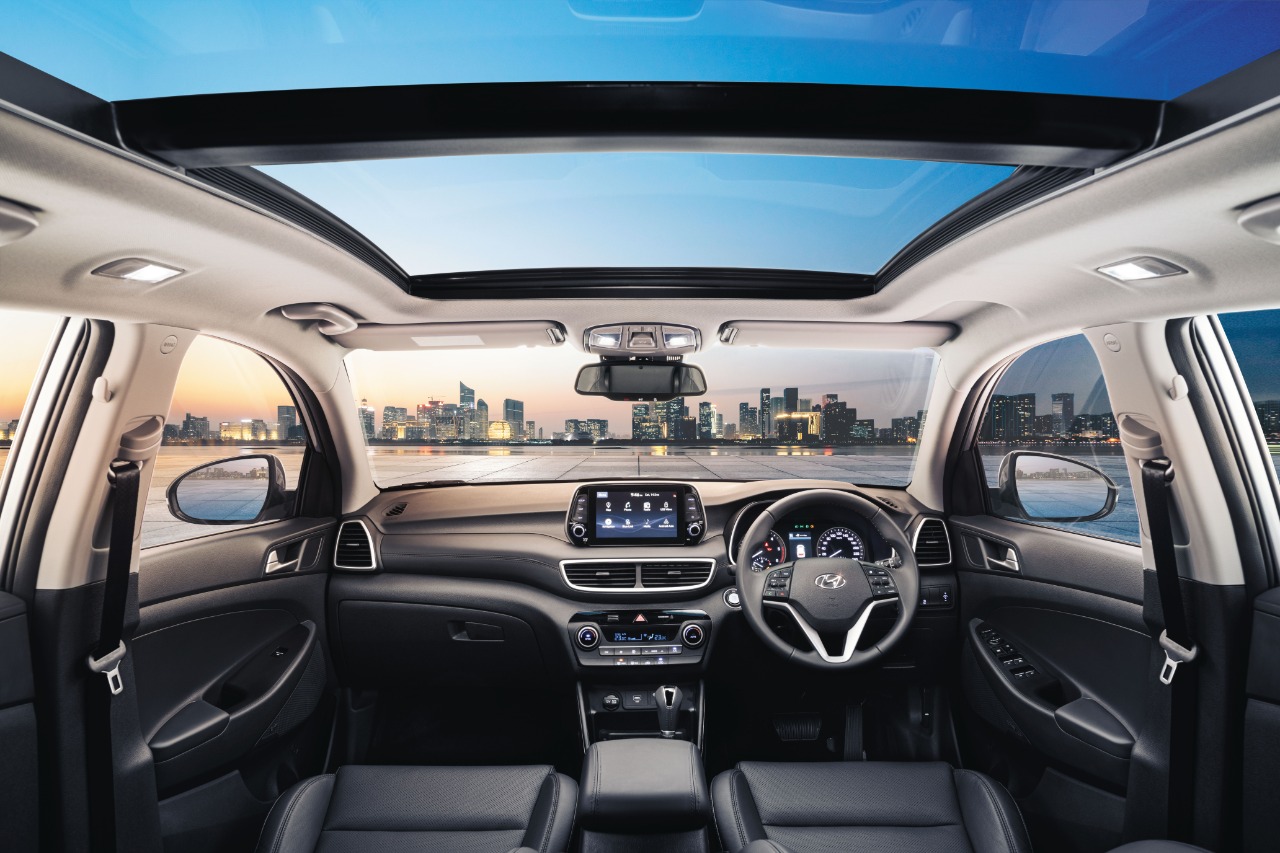