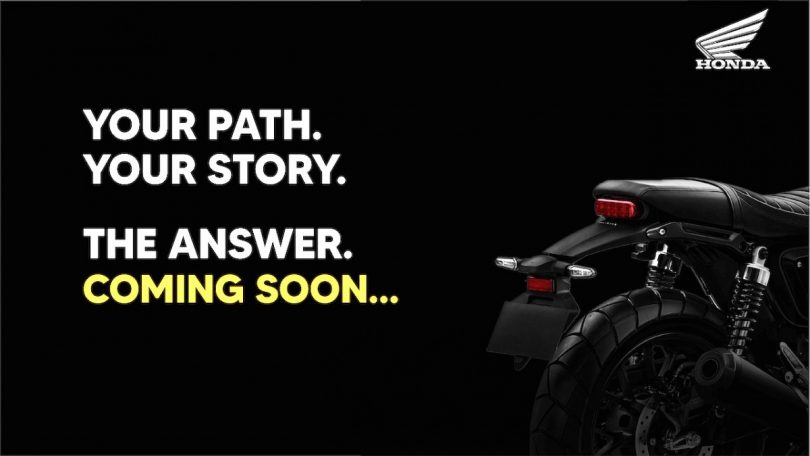 Honda released a teaser of its upcoming motorcycle, which according to sources is likely to be the Honda CB 350 RS. The Honda CB 350 RS is likely to be a neo-retro Cafe Racer and will launch on the 16th of February 2021. Earlier, the motorcycle was thought to be a scrambler class bike but the unofficial revelation of the new ‘RS’ suffix leads to speculation that the new motorcycle is could be the sporty version of the H’ness CB 350, a modern-classic motorcycle.

Sources have gone to extreme lengths finding the moniker in the coding of the teaser website. The ‘RS’ badge associates itself with performance and Cafe Racer styling. The new entrant will allow Honda to target the younger audience looking for a sportier iteration of the H’ness CB 350.

The CB 350 RS will be thoroughly refreshed at least in the rear section, as seen in the official teaser. The tailpiece of the RS model appears completely new with a new sleeker taillamp and an elongated number plate hanger, shorter rear section with seats with pleats on the upholstery, upswept exhaust in black powder coat, chrome caps on the twin spring shock absorbers, 17-inch alloy wheels and dual-sport tyre.

In the engine department, the CB 350 RS is likely to borrow the same BS6 emission-compliant air-cooled 348.36cc single-cylinder engine that pumps 20.8 Bhp of power at 5,500 RPM and 30 Nm of torque at 3,000 RPMs and comes with a 5-speed unit. The brand is likely to tune the engine to match the cafe racer styling and dynamics and also slightly work on the gearing to make it quicker in the urban jungle. The mechanical components seen on the H’ness CB 350 are likely to carry over, but the suspension could also be stiffer and tuned accordingly. 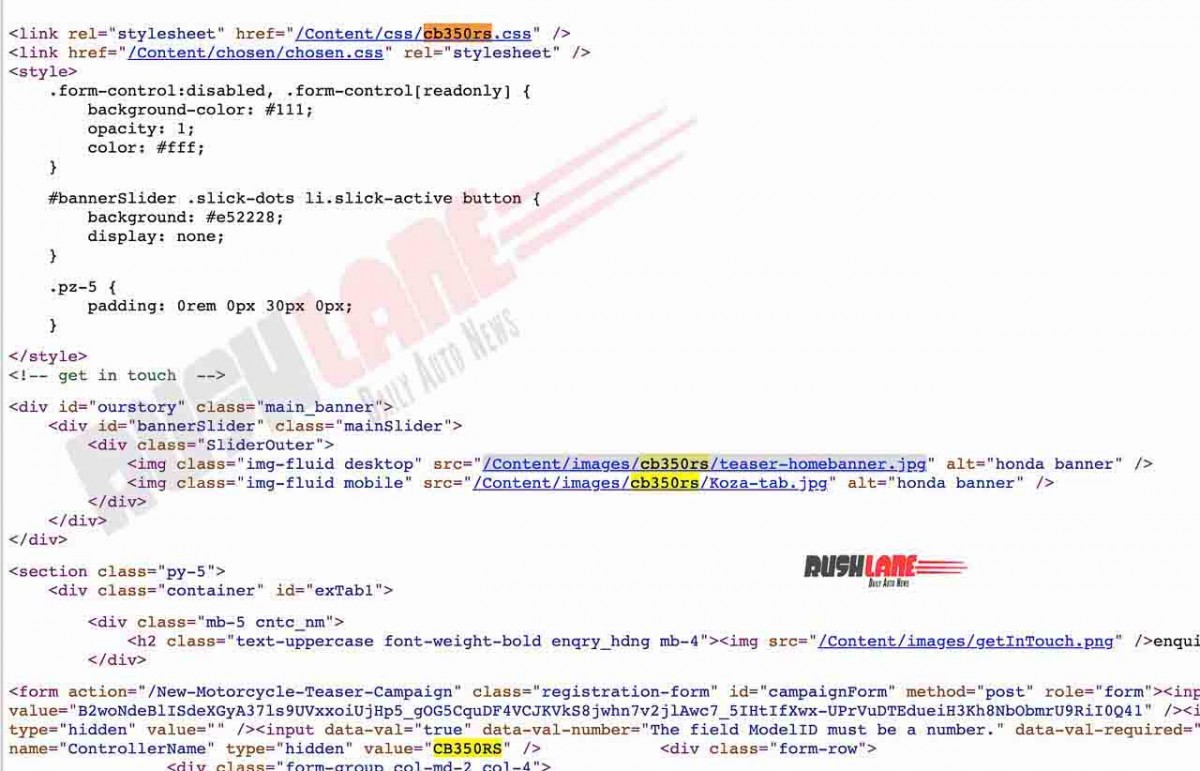