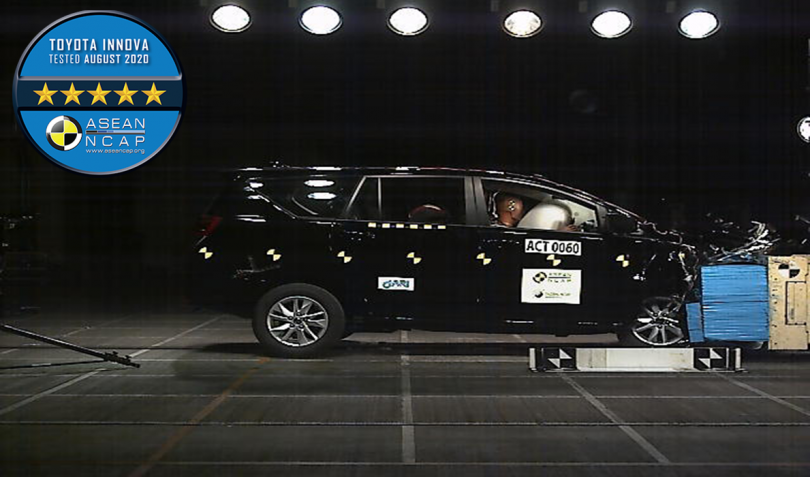 ASEAN NCAP has tested the 2020 Toyota Innova Crysta and awarded the popular MPV a full 5-star rating. It is important to note that the tested Innova Crysta is the pre-facelift version, the successor of which has emerged in spy shots recently. The Innova Crysta that was tested originated from Indonesia and similar models are sold in Brunei, Cambodia, Laos, Myanmar and Vietnam.

The Toyota Innova Crysta received a total of 45.90 points for adult safety, 21.51 points for child safety and 15.28 points for safety equipment scoring a total of 5-Stars. The Variant tested was the 2020 Innova Crysta 2.0S MT which weighs 1698 kgs. The variant is fitted with Driver Airbag, Front Passenger Airbag, Knee Airbag, Seatbelt Retractor and Load Limiter on both the driver and front passenger seats and active safety features such as Seat Belt Reminder for both driver and front passenger, ABS (Anti-Lock Brakes) and ESC (Electronic Stability Control) as standard. Some countries also have Side Airbag and Curtain Airbag as standard on all variants. 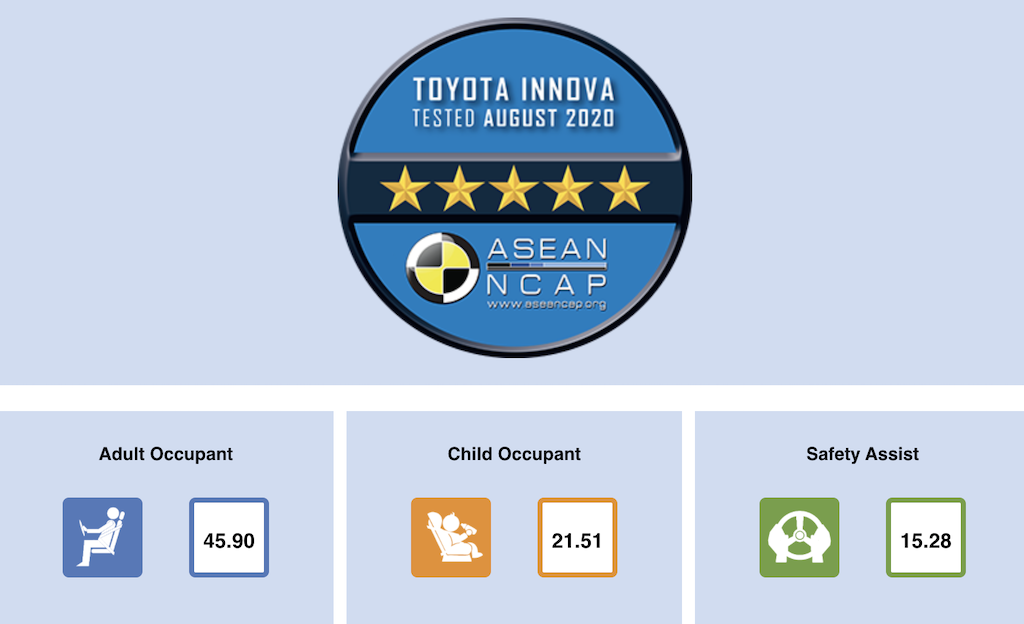