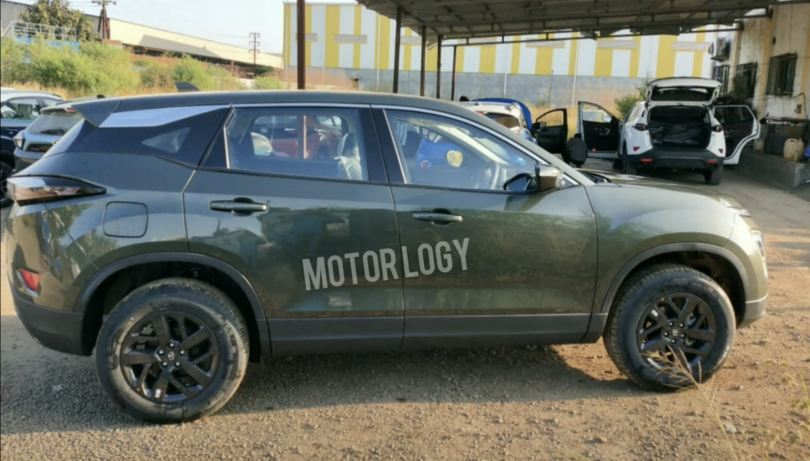 Dealers are now going to be placing orders for this new Tata Harrier Camo Edition. One key highlight to note here is that even the alloy wheel is painted in green and there is minimum use of chrome on the model similar to the Harrier Dark edition. In terms of looks, the new Camo Edition surely looks good and should easily find buyers who love this shade of green which tries to look like a military-spec colour. Changes on the inside are unknown at the moment, if this model will make use of the same green for the interior upholstery as seen in the Dark Edition.

In its BS6 avatar, the Tata Harrier is powered by a 2.0L, turbocharged, 4-cylinder, Kryotec diesel engine producing 170 PS of power @ 3750 RPM and 350 Nm of torque @ 1750-2500 RPM matched to a 6-speed manual or 6-speed automatic gearbox. The Camo Edition will be available in both manual and automatic gearbox options. As per the variants mentioned, we expect no other mechanical changes on this special edition version compared to the standard car.

While the Tata Harrier gets this new Camo Edition for the 2020 festive season, potential SUV buyers are also waiting for the 7-seater Gravitas SUV which is an extended version of the Harrier showcased at the Auto Expo earlier this year. That bigger & more spacious SUV is also slated for a debut in the coming weeks and will increase the SUV portfolio for Tata Motors while being on sale alongside the Harrier. 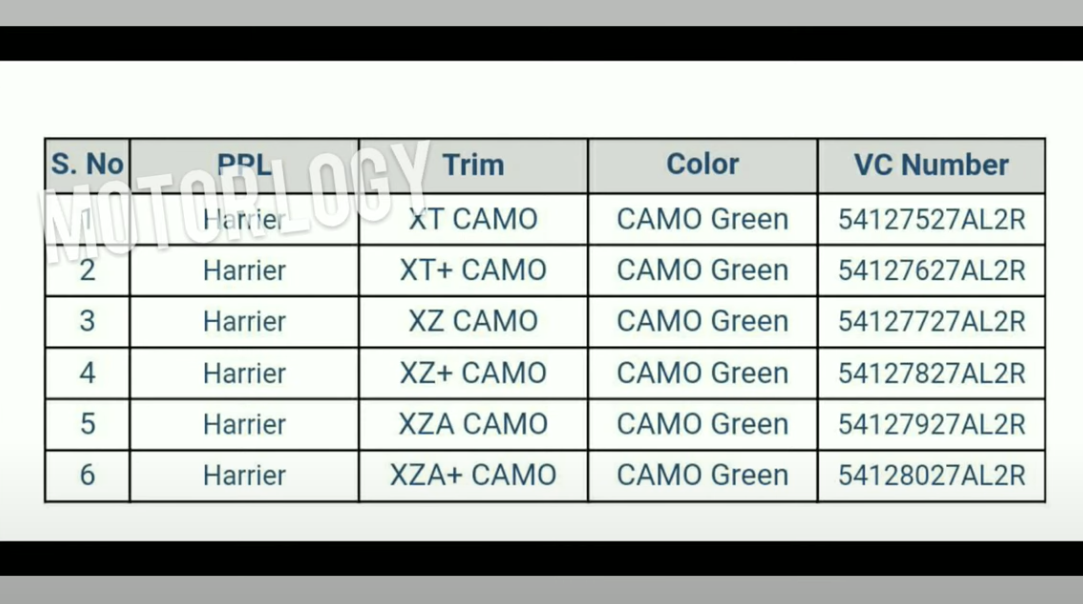