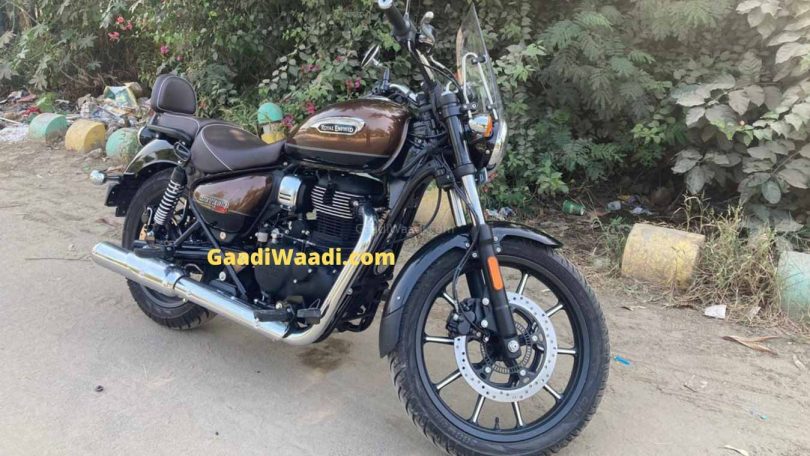 Royal Enfield is gearing up to launch the brand’s latest Meteor 350. The new cruiser is slated to make its debut on 6th November 2020 and the brand is currently running a teaser campaign for the upcoming motorcycle. Amidst the teaser campaign, images of a production-ready Meteor 350 have emerged on the internet. The motorcycle was spotted sans camouflage and all its details at least in the looks department have now been revealed.

It was earlier revealed from official sources that the upcoming Meteor 350 is the rightful successor of the Royal Enfield Thunderbird and according to the spied photographs the Meteor 350 features a long cruiser stance and is expected to come with a wheelbase that could be longer than the Thunderbird, providing more comfort on the highways. In terms of its looks, the spied motorcycle, the Meteor 350 features a large tear-drop shaped fuel tank, wide ergonomic handlebars, a scooped seat for the rider, split pillion seat, pillion backrest, full fenders, rounded headlamp unit with a chrome bezel, LED daytime running lights, LED tail lamp in a neo-retro rounded finish, a low slung chrome-plated exhaust, a blacked-out engine with machine-finished cooling fins etc.

The spied motorcycle also featured multispoke alloy wheels with a dual-tone black and diamond-cut finish, black finish on the fork bottles and a dual-tone theme on the body work. The seats appear to have been finished in tan leatherette with contrast stitching giving the Meteor 350 a premium look. The spy shots also reveal the new-generation instruments cluster which comes in a twin-pot layout. The larger one features an analogue speedometer on the outside perimeter while a semi-circular digital screen which could be a multi-information display is placed on the centre.  The other smaller pod consists of a semi-circular LCD display that is likely to show the navigation data and other Bluetooth-enabled connectivity features.

In terms of the mechanical features, the Meteor 350 is spotted with a new-generation double-cradle chassis and a new engine which is speculated to boasts both power and refinement. The new engine is likely to be powered by a long-stroke length 350cc air-cooled single-cylinder motor that is expected to produce close to 21 PS of power and 27 Nm of torque paired to a 5-speed gearbox, which is believed to have been optimised for more refinement.

Leaked brochures in the past also claim that the Royal Enfield Meteor 350 will be offered in three variants – Fireball, Stellar and Supernova along with 7 colour options from Matte, Metallic and Dual-Tone, depending on the variant. Royal Enfield is likely to price the Meteor 350 from INR 1.70 lakh ex-showroom to 1.85 lakh ex-showroom to fiercely compete with its direct competitor, the Honda H’ness CB350. 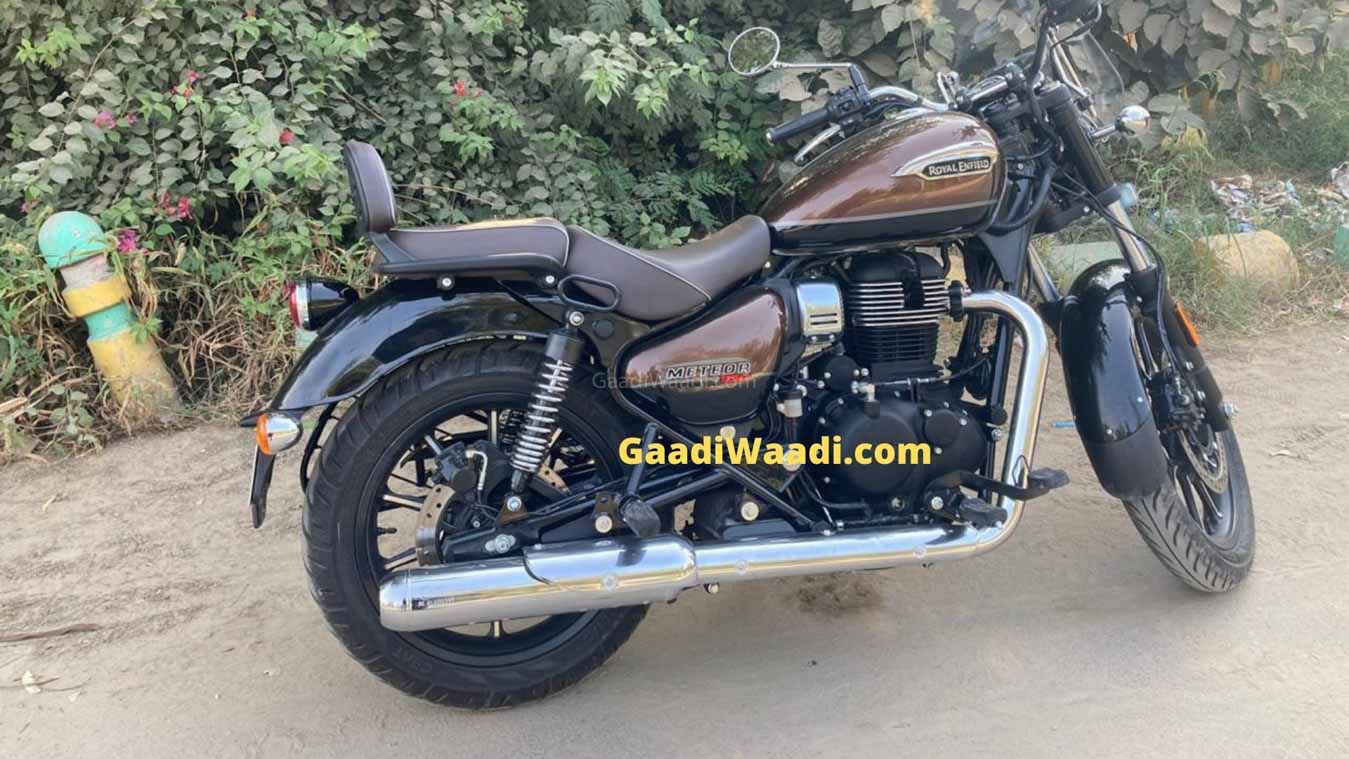 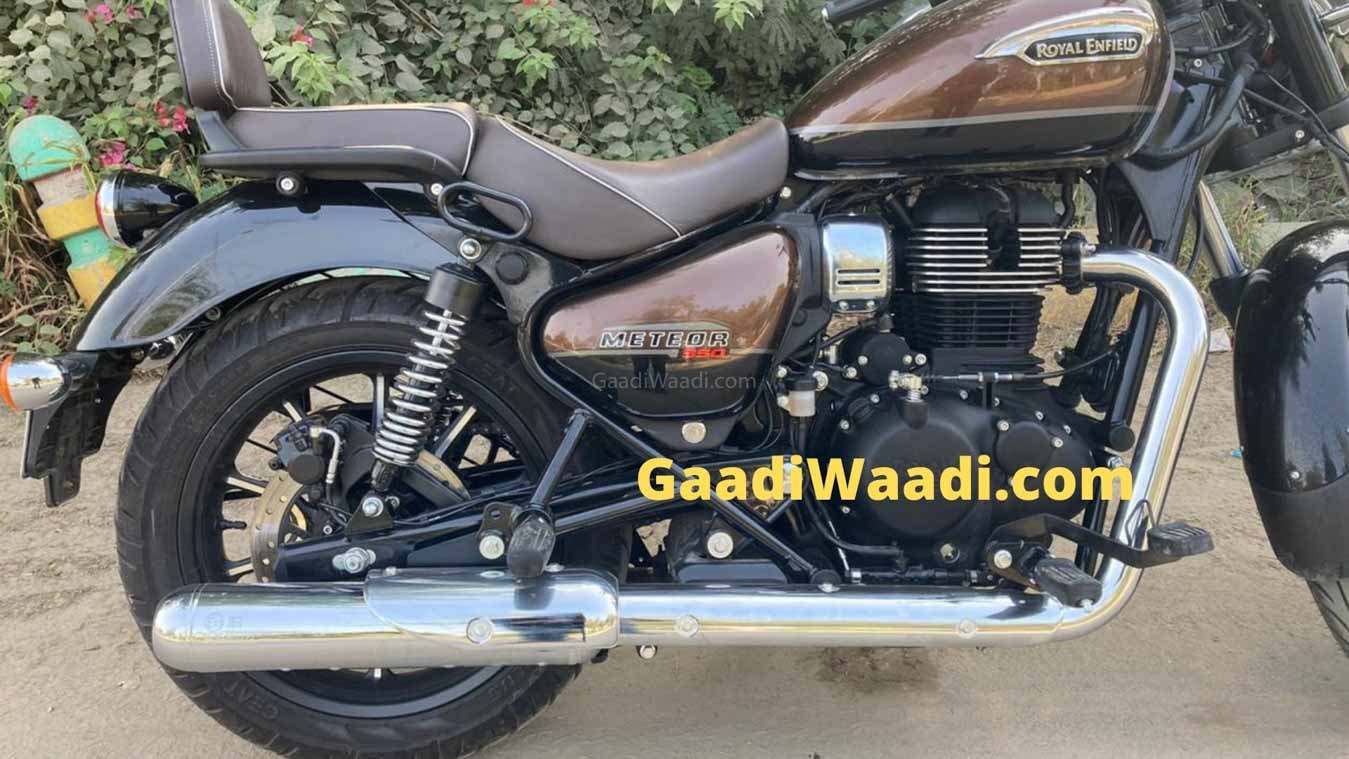 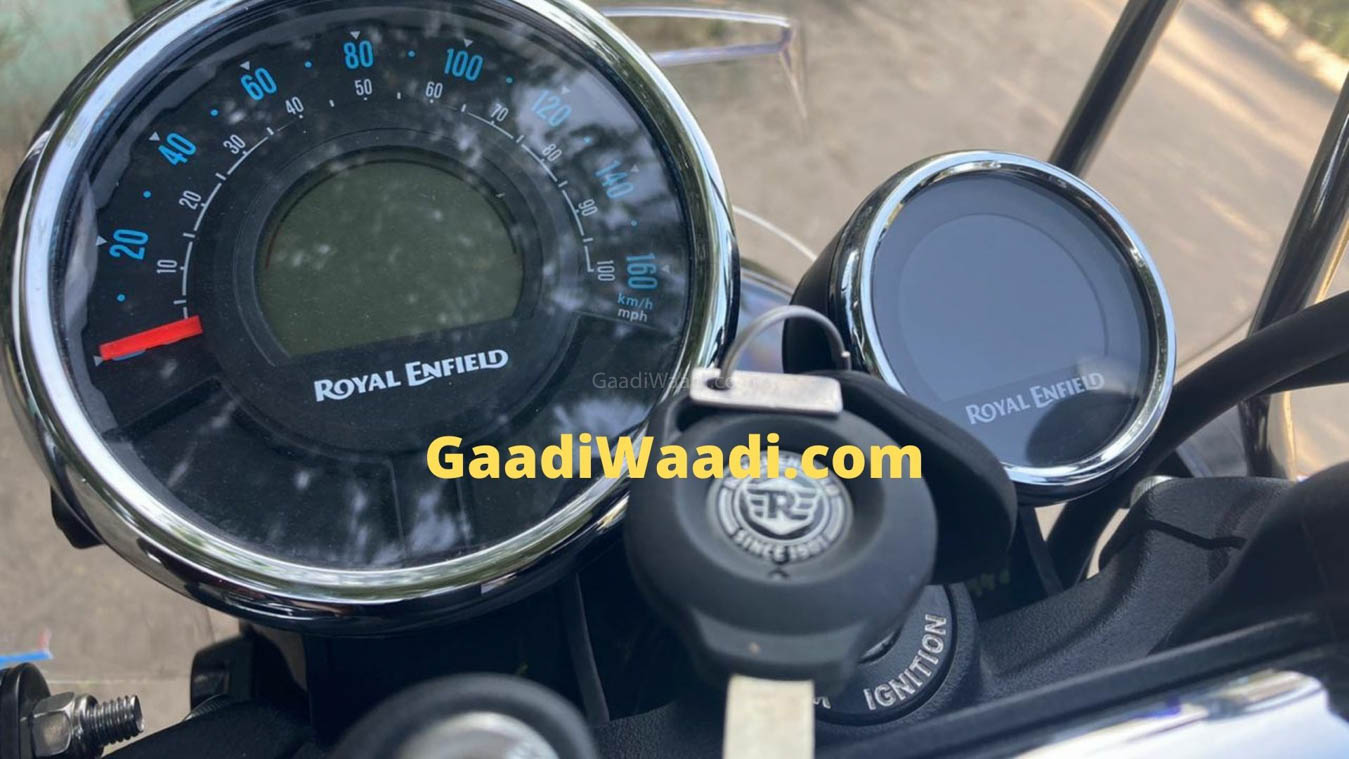 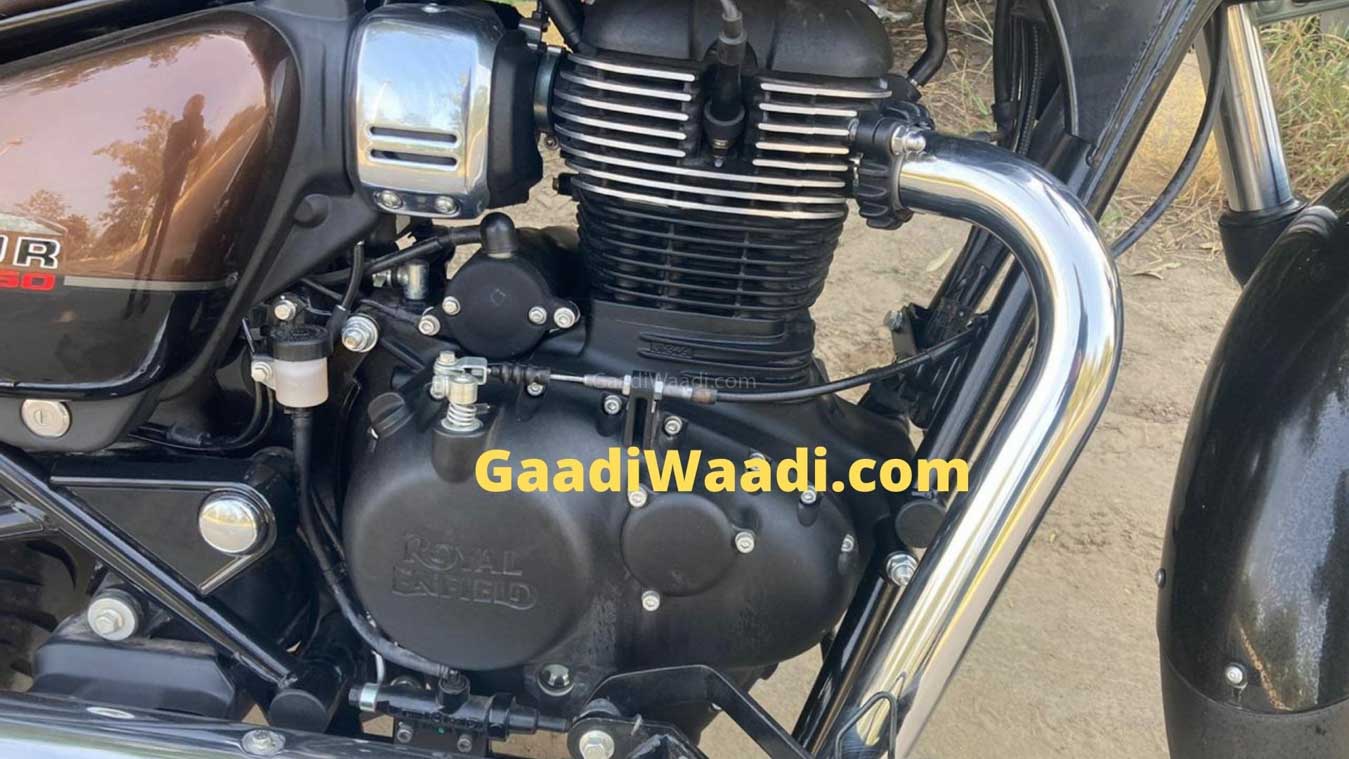 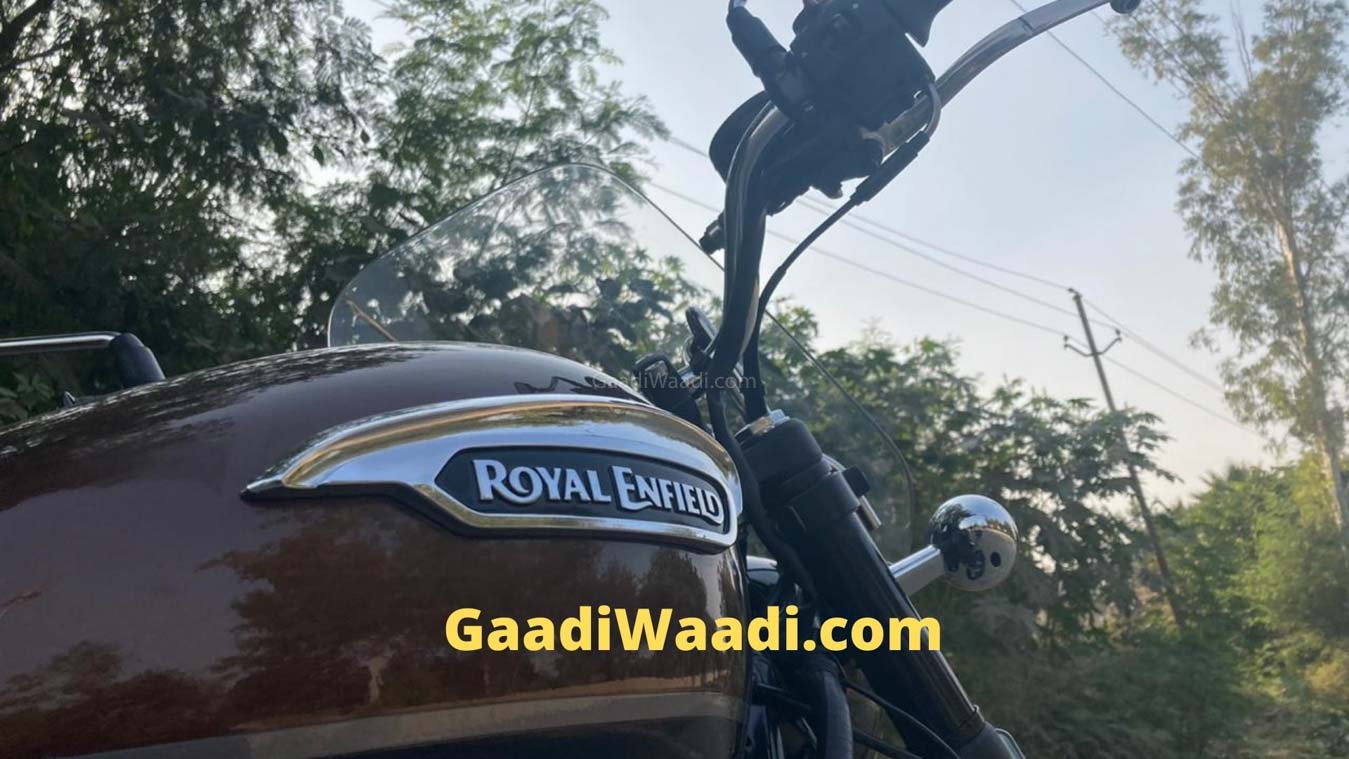 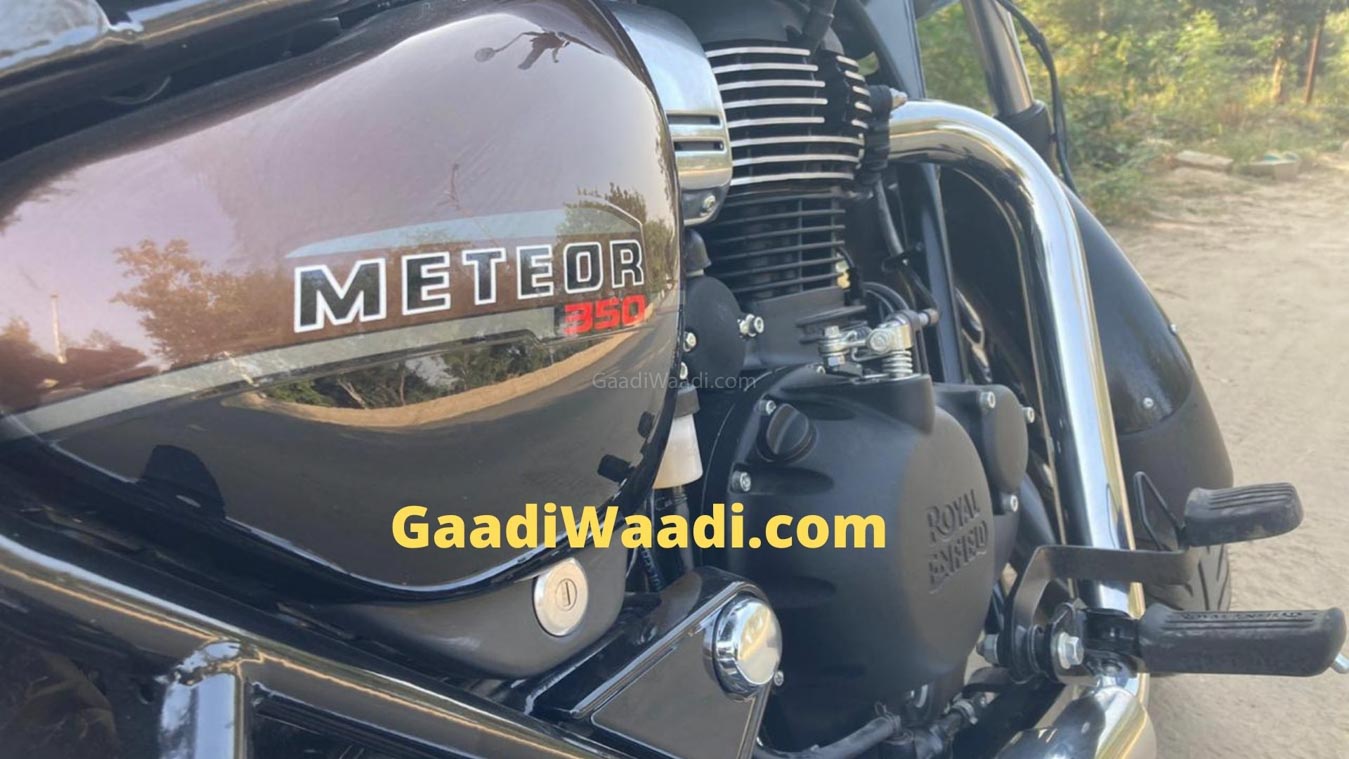 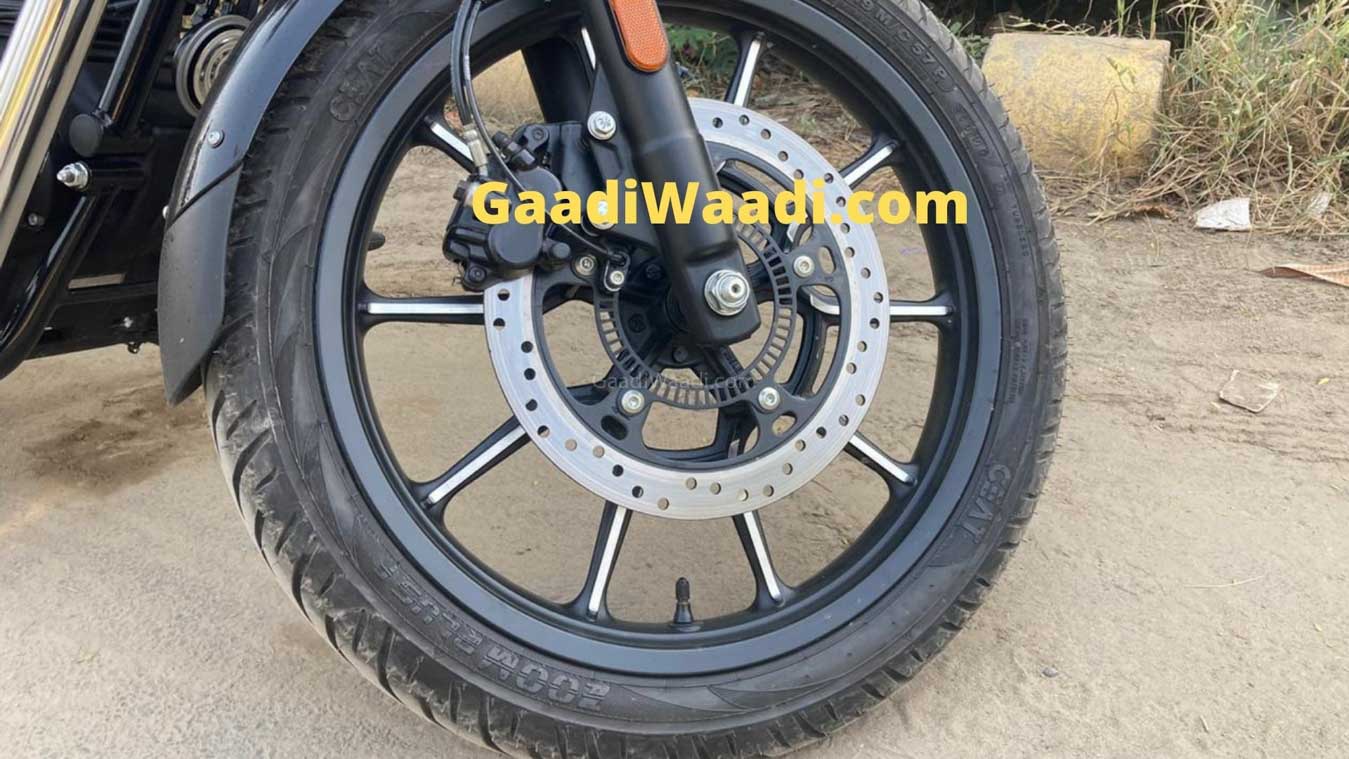 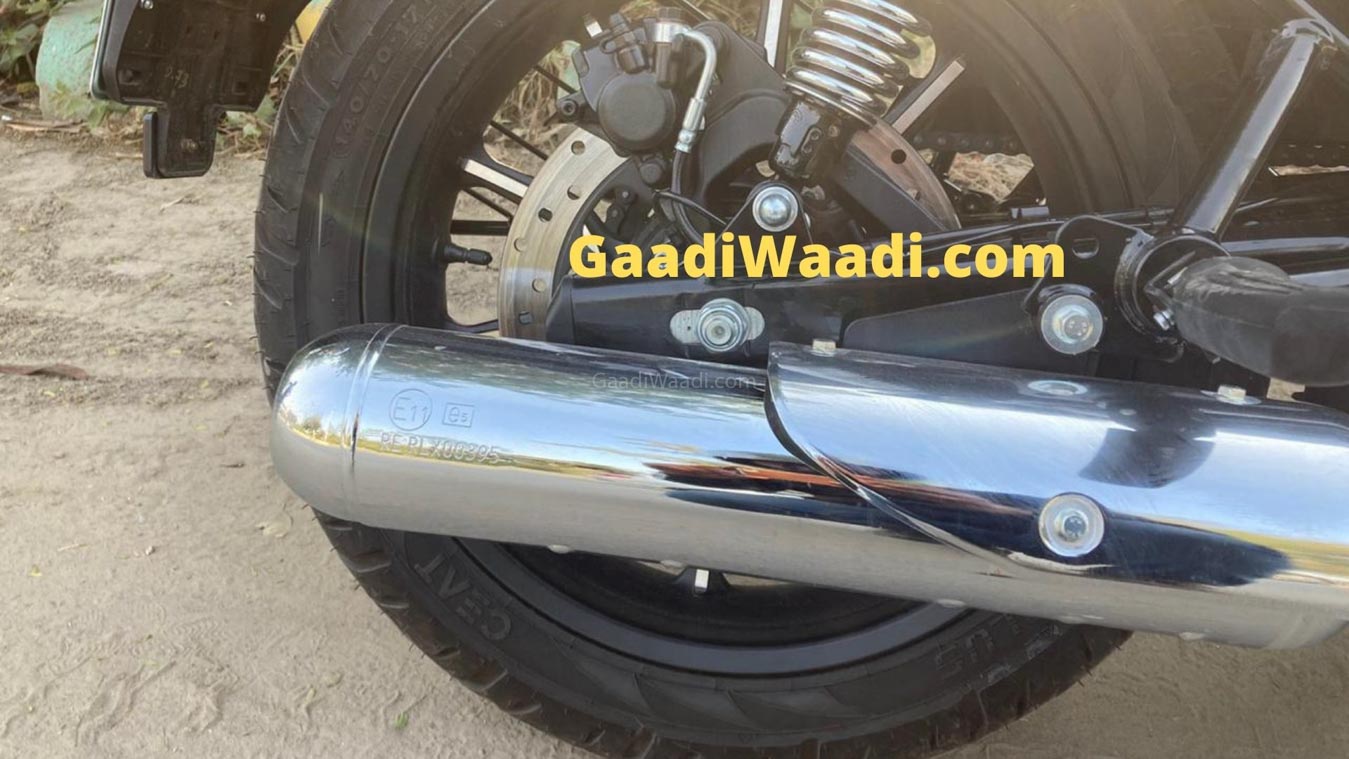 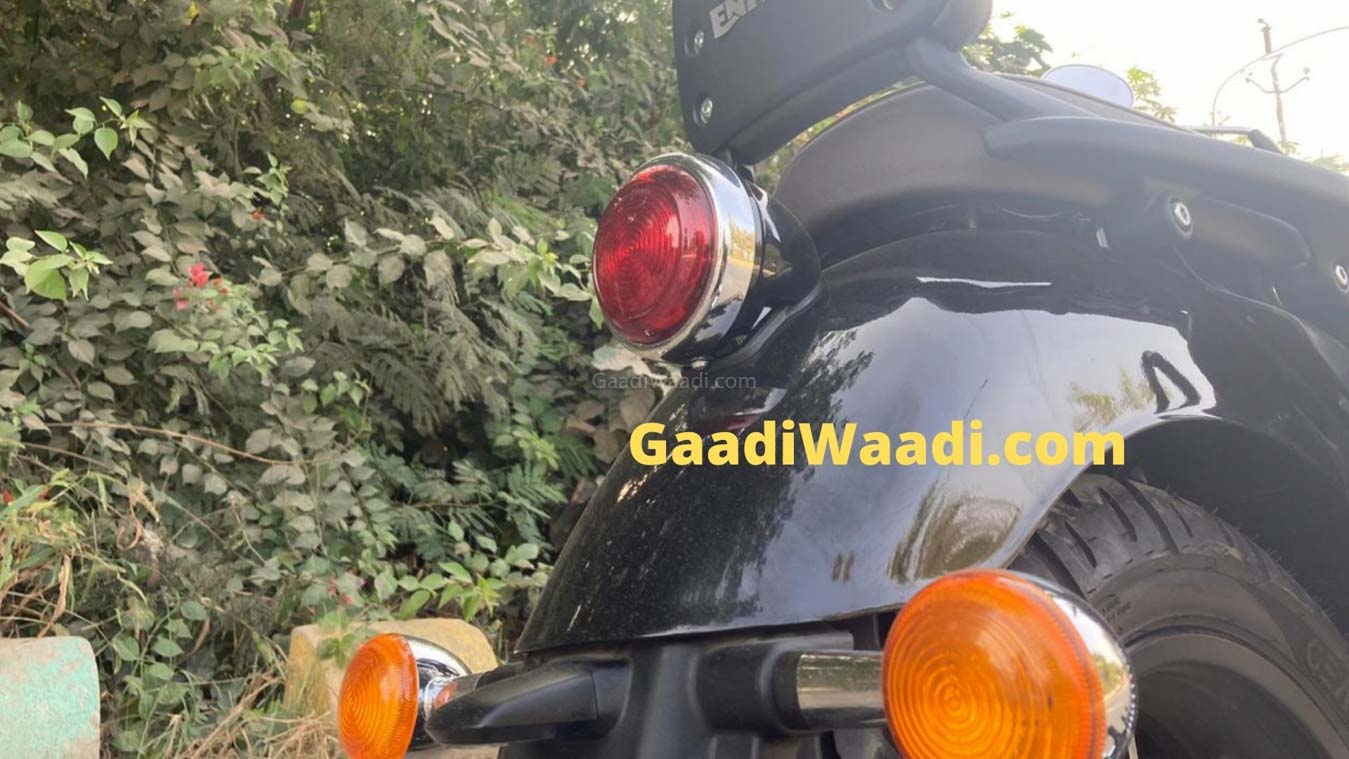