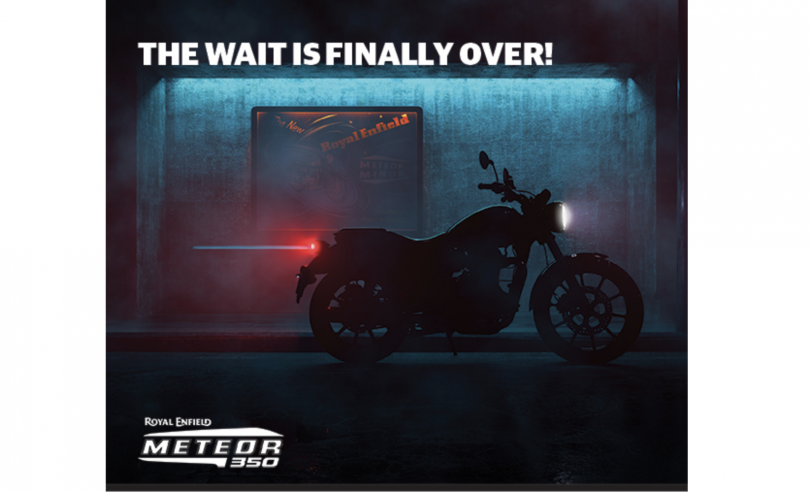 Royal Enfield has teased us with the upcoming Meteor 350 and announced that the brand will be launched the new Meteor 350 on 6th November 2020. The brand’s new modern-classic cruiser is seen riding the twisties of a picturesque location and its hallmark thump can be heard if you listen ever more closely. Unfortunately, the brand is still tight-lipped about any details of the upcoming motorcycle.

The Royal Enfield Meteor is expected to come with the brand’s new-generation engine platform, which boasts both power and refinement. The engine is likely to be a long-stroke length 350cc air-cooled single-cylinder motor that is expected to produce close to 21 PS of power and 27 Nm of torque and is likely to be paired to a newly developed 5-speed gearbox and clutch. The new transmission is believed to come with optimised moving parts and linkages that reduce friction and allow smoother gear shift operation.

The Royal Enfield Meteor 350 directly competes with the recently launched Honda H’ness CB350 in the Indian market. The keep things competitive, Royal Enfield is also likely to keep the price around the INR 1.70 lakh mark.

Listen to the exhaust note of the upcoming Royal Enfield Meteor 350 in the video below. Do you like the thump?