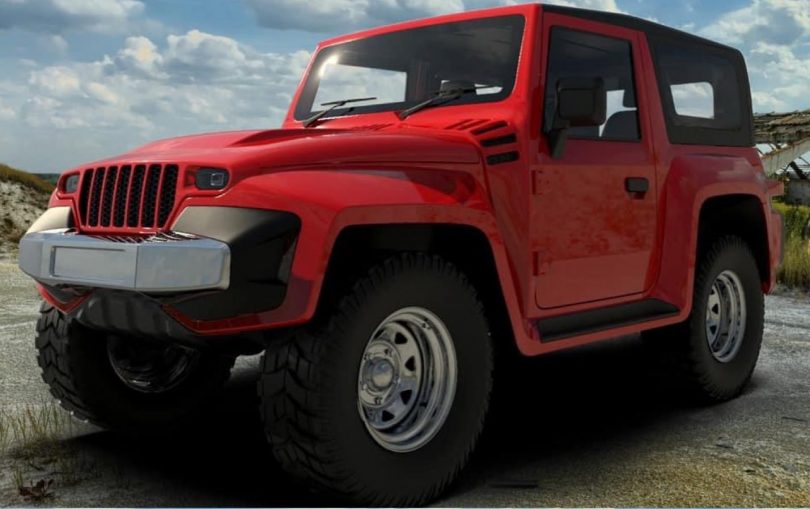 Indian car design company, DC Design has revealed their version of the customised Thar. The Mahindra Thar in its second generation was heavily revamped with completely new exteriors and interiors as well as new powertrains in both petrol and diesel fuel options that conform to the latest stringent BS6 norms. DC Design, a brand renowned for its eccentric work has produced a number of remarkable pieces of art in the past on vehicles that were already considered to be stunning from the factory. The brand has now turned its attention towards the 2nd generation Thar which is already a head-turner in its stock avatar.

The DC Design Thar features a futuristic look abandoning the retro features and gains contemporary equipment such as a sleek squircle headlamp units, additional air vents on the front bulkhead, a protruding bumper giving it a sinister look from the front and also enhancing its offroad abilities, new bonnet design with emphasised power bulges, flared wheel arches, redesigned rear end, completely reworked tail lights, but retains the signature vertical slat radiator grille which that to the new bumper design is much sleeker in looks.

The DC Design Thar also appears to get a lift kit increasing the overall height and the ground clearance of the SUV and the brand has added chrome-accented off-road-spec rims with ‘Brazilian’ bikini cut design and upsized tyres significantly increasing the vehicles ride height. As of now no, images of the interiors have been released but looking at the brand’s history significant changes on the inside are expected.

In the engine department, the DC Design Thar is expected to remain unchanged and will be powered by the same all-new mStallion series 2.0-litre Turbocharged Gasoline Direct Injection (TGDi) four-cylinder 16-valve DOHC petrol engine that churns out 150 Bhp of power and 320 Nm for AT (300 Nm for MT) of torque and mHawk series 2.2-litre turbo-diesel engine that belts out 130 Bhp of power and 300 Nm of torque. Both powertrains are matched to a 6-speed manual transmission and an optional 6-speed torque converter type automatic gearbox.

So what do you think about the new DC Design Thar? Has DC taken the all-new Thar forwards into the future or did they go over-board? 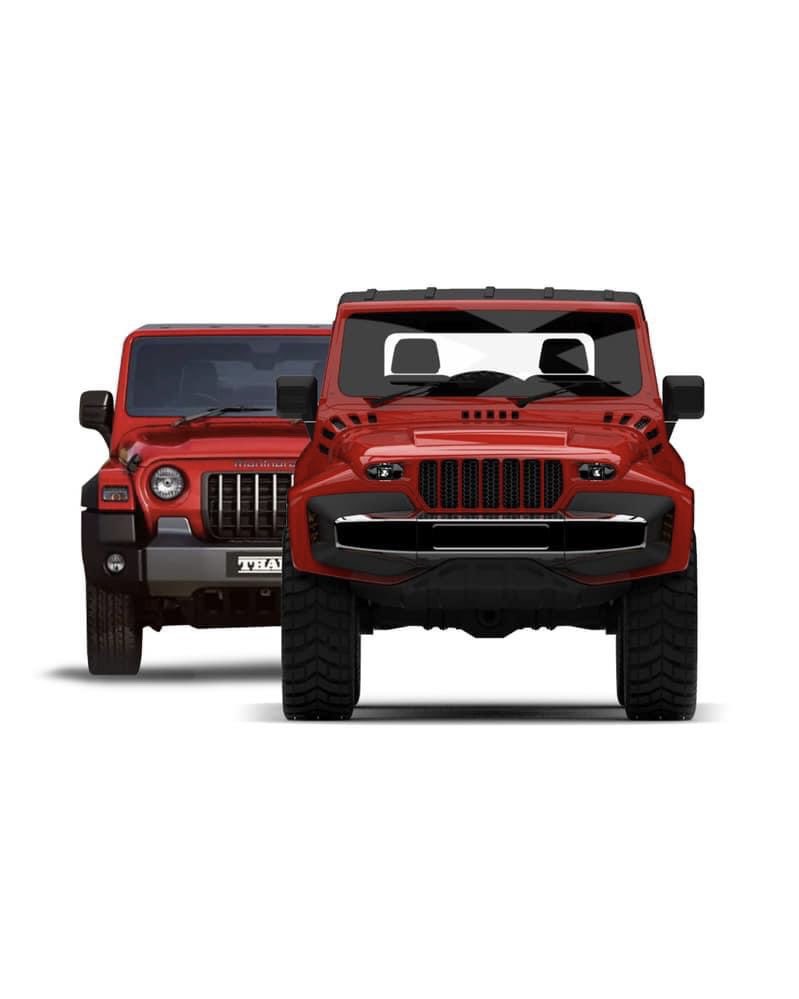 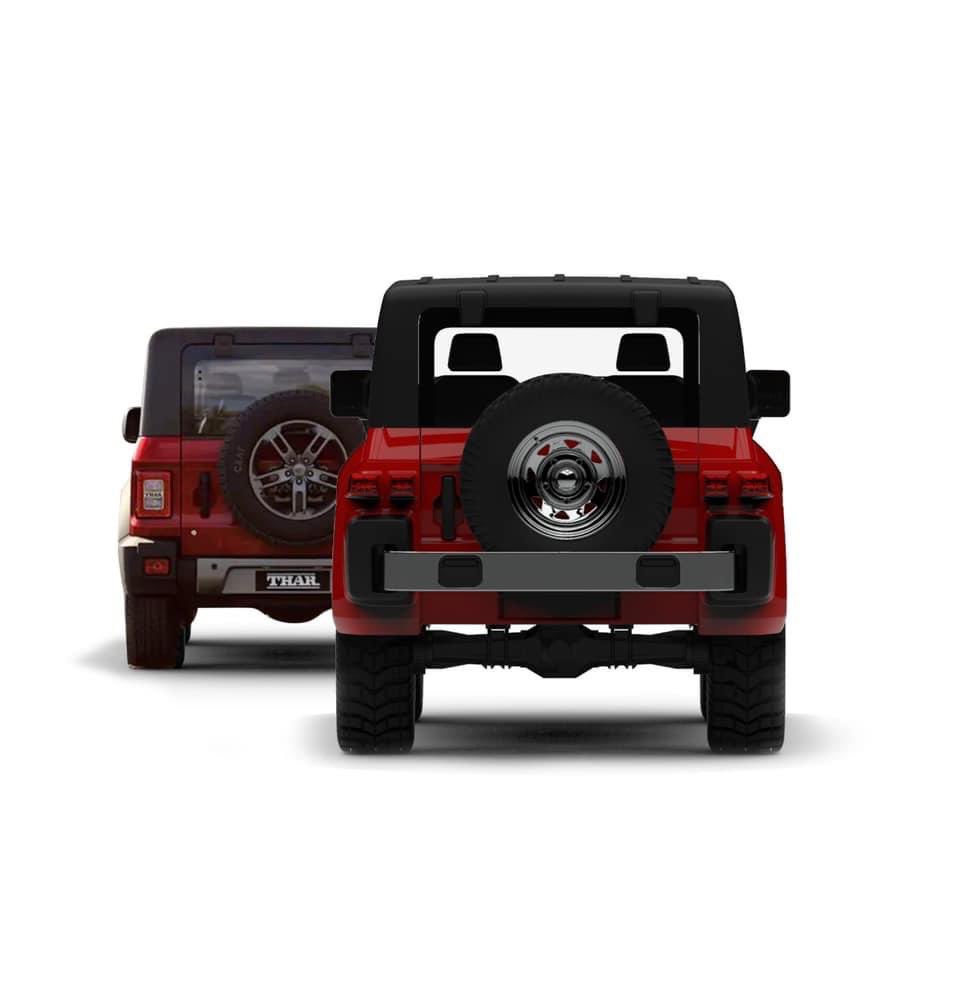 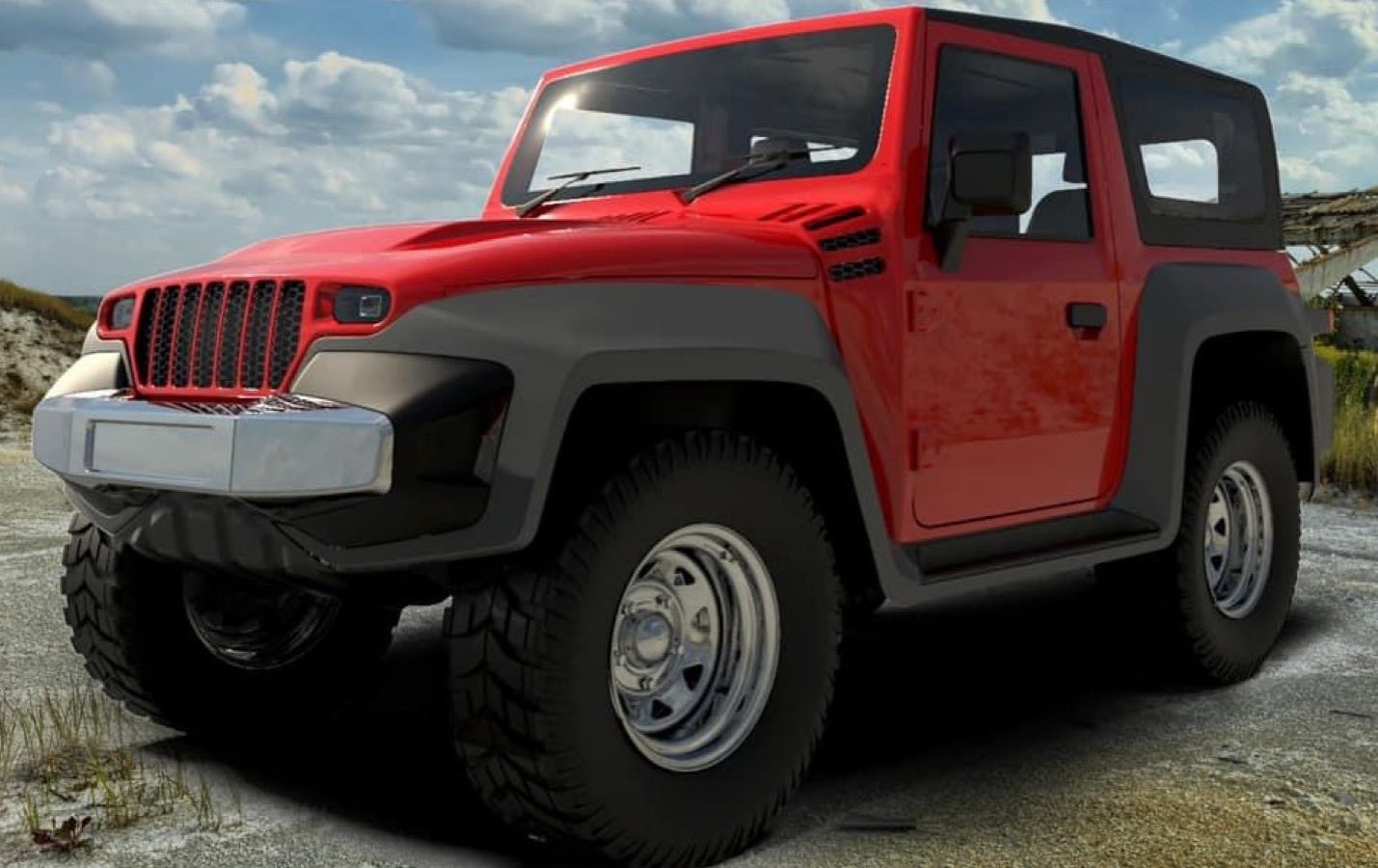