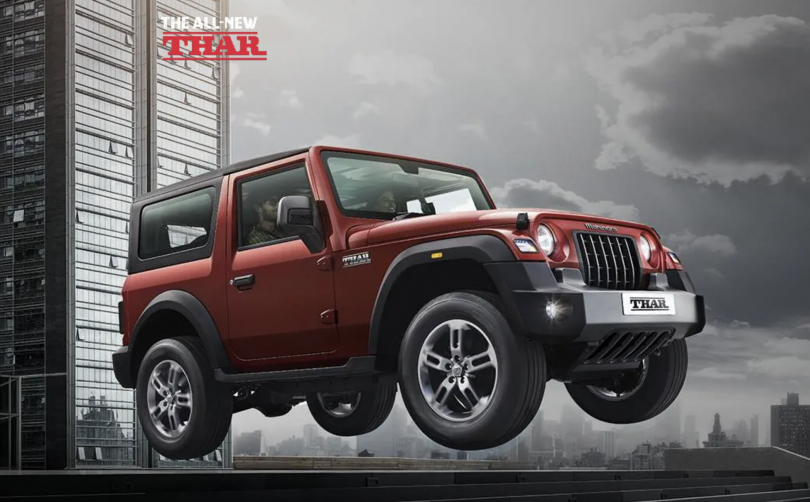 The all-new Mahindra Thar is turning out to be a blockbuster hit of 2020. This SUV which used to sell in just triple digit numbers before, has now bagged more than 20,000 bookings for the new model in just a months time. Mahindra has also officially revealed that the all-new 2020 Mahindra Thar has a waiting period of up to 6 months, depending on the variant. The brand states that the new Thar has surpassed all their expectations in terms of meeting the market demand. Mahindra has now decided to increase the monthly production of the Thar from 2,000 units to 3,000 units so that they can deliver the SUV to the buyers sooner. Waiting period may vary from 5-7 months, depending on the engine, gearbox and top version selected.

Mahindra has also mentioned that the Hard Top version of the new Thar has gained more popularity among buyers, both with the petrol and diesel engine options in automatic and manual gearbox setup. Mahindra so far never offered the Thar with a stock hard top right from the assembly line, and seems like Thar buyers now see added value with this particular setup. Mahindra is increasing production capacity at their Nashik facility along with their suppliers to reduce the waiting period in the future and meet the customer demand faster. This weekend, Mahindra plans to deliver close to 500 all-new Thar models across the country. So expect to see a lot of this new SUV on the streets.

All those who have already booked the new Thar and those who are planning to book one; will be individually communicated on the likely / exact delivery timeline for their new Thar.

Click on this link to know everything about the all-new 2020 Mahindra Thar.