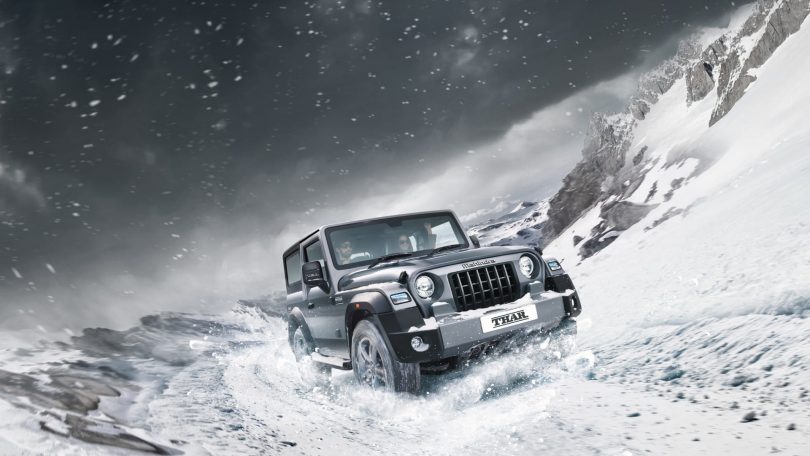 Between 24th September and 27th September 2020, the First All-New Mahindra Thar #1 was being auctioned online and here are the results. The highest bidder Aakash Minda from New Delhi won the bid at INR 1.11 Crore and Mahindra has matched the bid doubling the total amount and raising it to INR 2.22 Crore. The entire proceeds of the auction will go to the charitable organisation chosen by the bid winner. The brand earlier revealed that the highest bidder and the new owner of the Thar #1 will have a choice of three charitable organisations to choose from – Naandi Foundation, Swades Foundation and PM Cares Fund and now it is up to the winner to decide on the option.

The Mahindra Thar #1, a bespoke, special edition will distinguish itself with a Thar #1 badge including a customized badging on the vehicle with the owner’s initials, carry serial number ‘1’ on the decorative plate placed on the dashboard and leatherette seat upholstery. The new owner will also have the option to choose the Thar #1 from five variants and six colour options. The Thar also features highlights such as options between composite hardtop, convertible soft top and fixed soft top, a 17.7-inch touchscreen infotainment system integrated with Apple CarPlay and Android Auto roof-mounted speakers and a lot more features on the new infotainment system.

The new Mahindra Thar was unveiled at the 74th Indian Independence Day and comes with an all-new design with the new-generation body on ladder architecture, new suspension setup and 4×4 as standard equipment. The new Thar comes in two variant options – AX and LX. Powering the All-New Thar powered by an all-new mStallion series 2.0-litre Turbocharged Gasoline Direct Injection four-cylinder 16-valve DOHC petrol engine that makes 150 Bhp of power and 320 Nm for AT (300 Nm for MT) of torque. Optionally, the all-new Thar also comes with a mHawk series 2.2-litre turbo-diesel engine that produces 130 Bhp of power and 300 Nm of torque. The powertrains are matched to a 6-speed manual transmission and an optional 6-speed torque converter type automatic gearbox.

The entire bidding was conducted by Ernst & Young and the online auction was being conducted by Mahindra First Choice Wheels (MFCW) and hosted on the ‘carandbike’ auction engine. Mahindra will open bookings and reveal the price for the all-new Mahindra Thar on 2nd October 2020, Mahindra Founders Day. 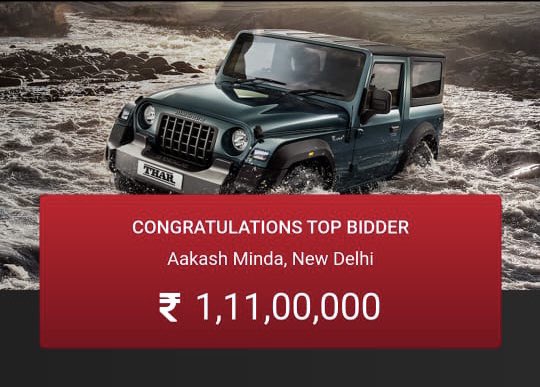 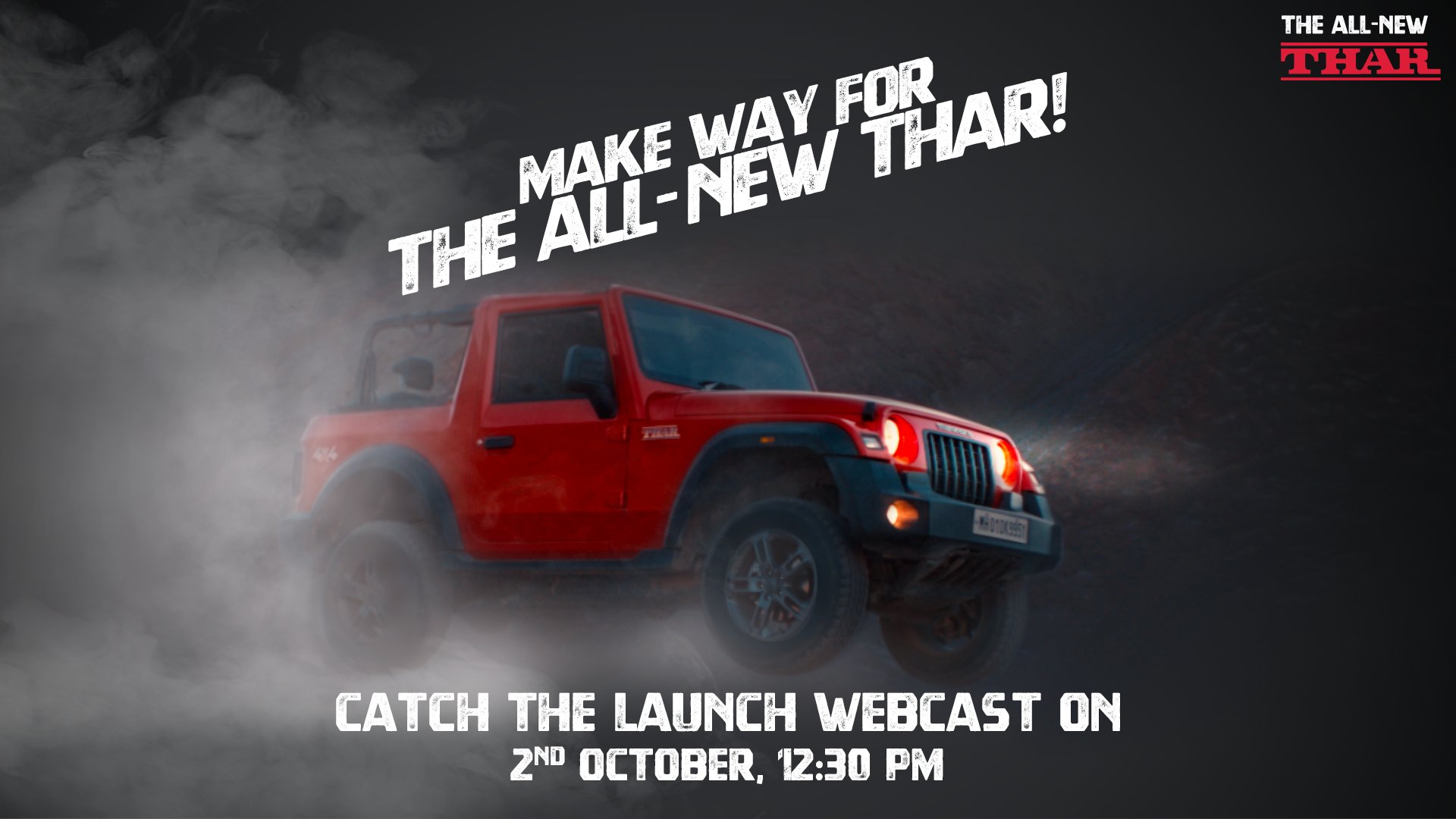 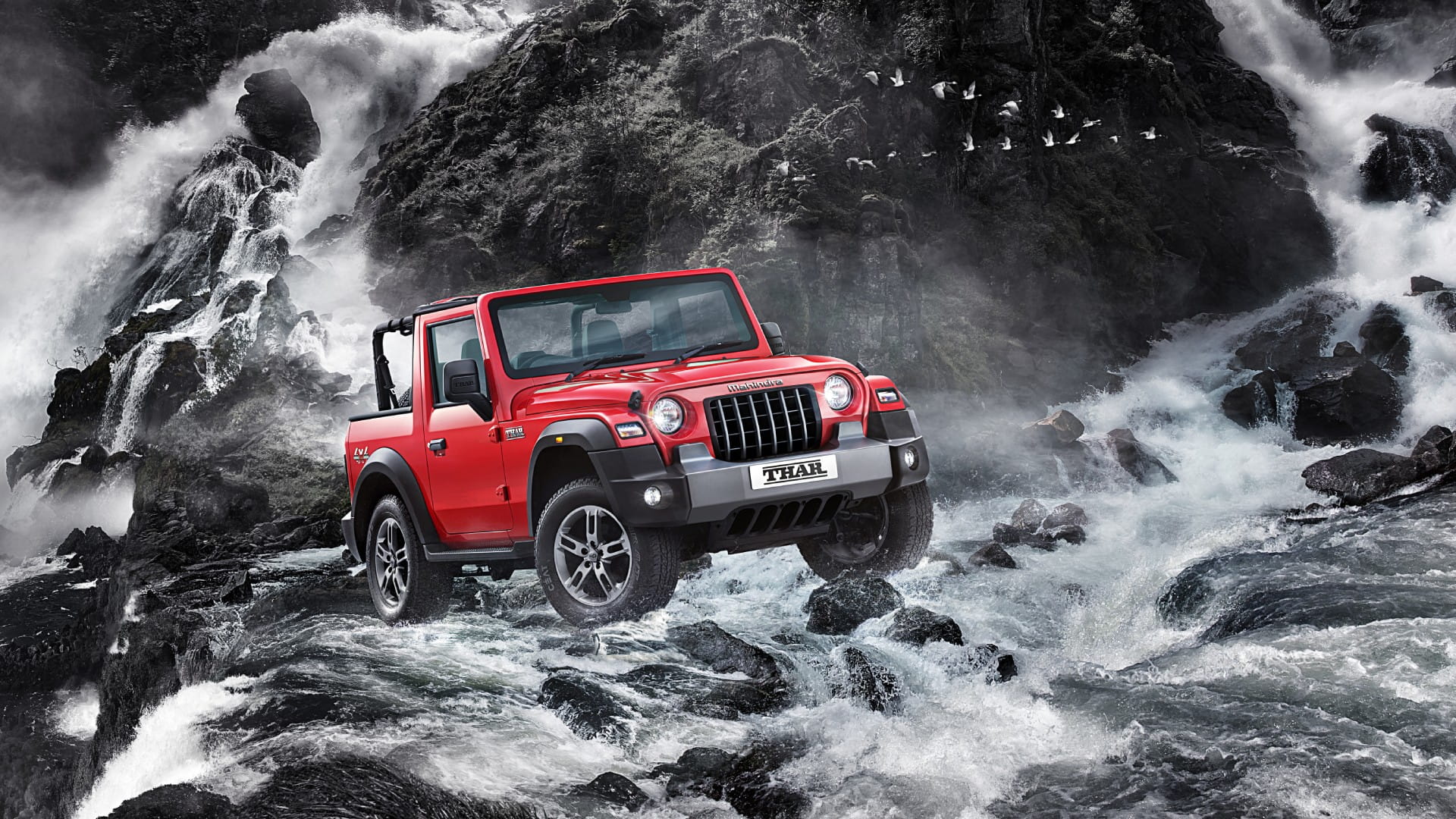 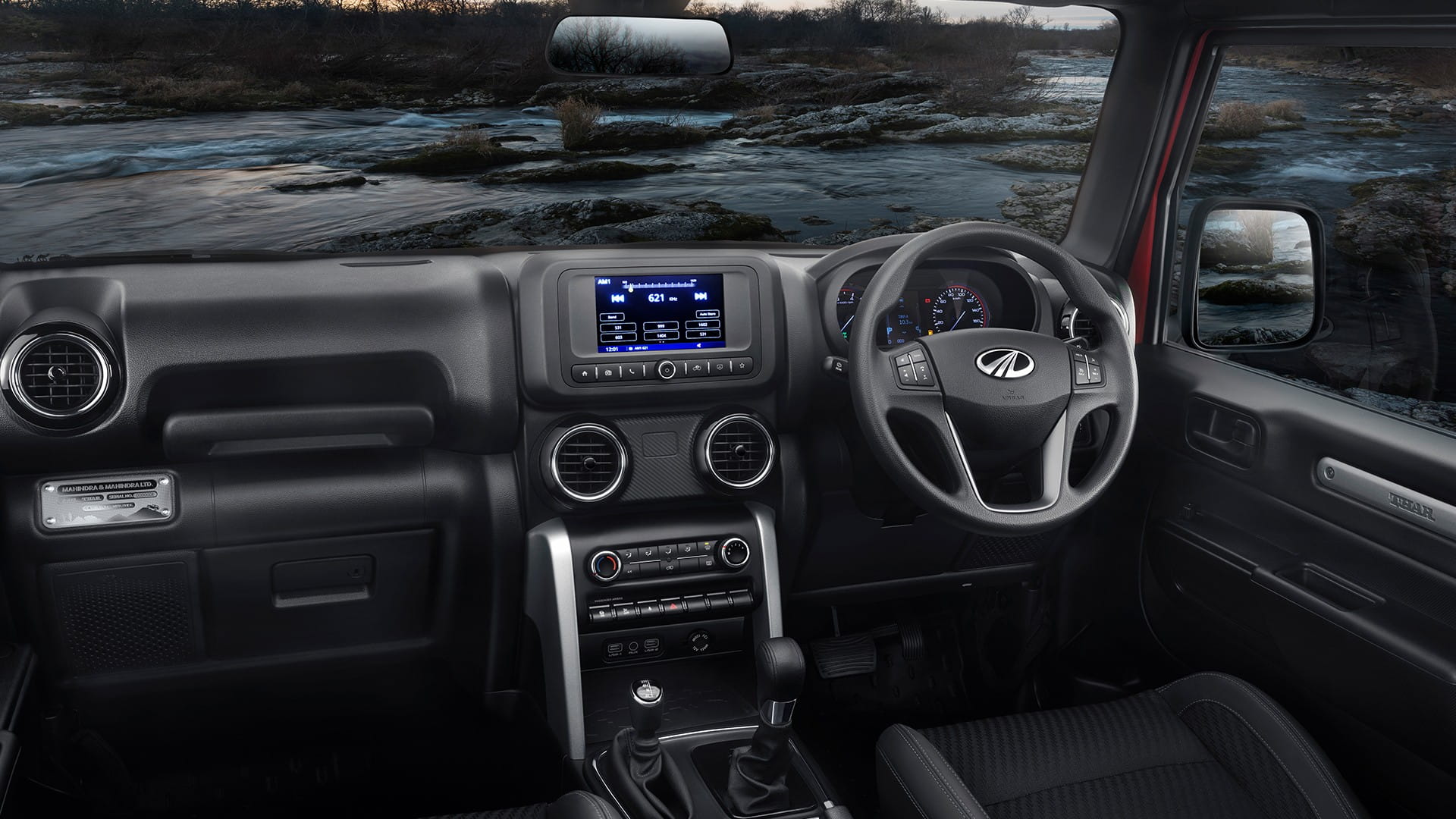 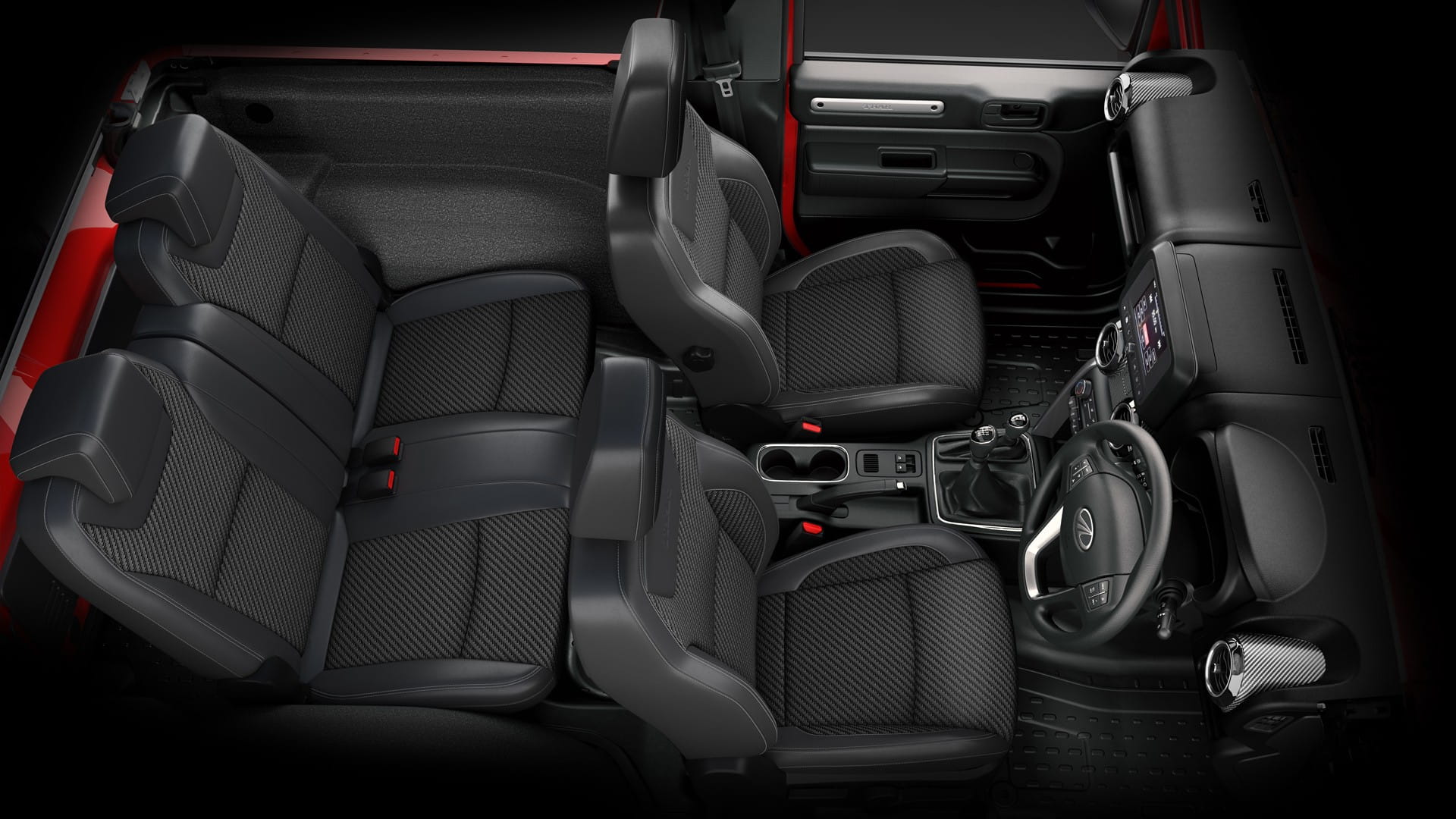 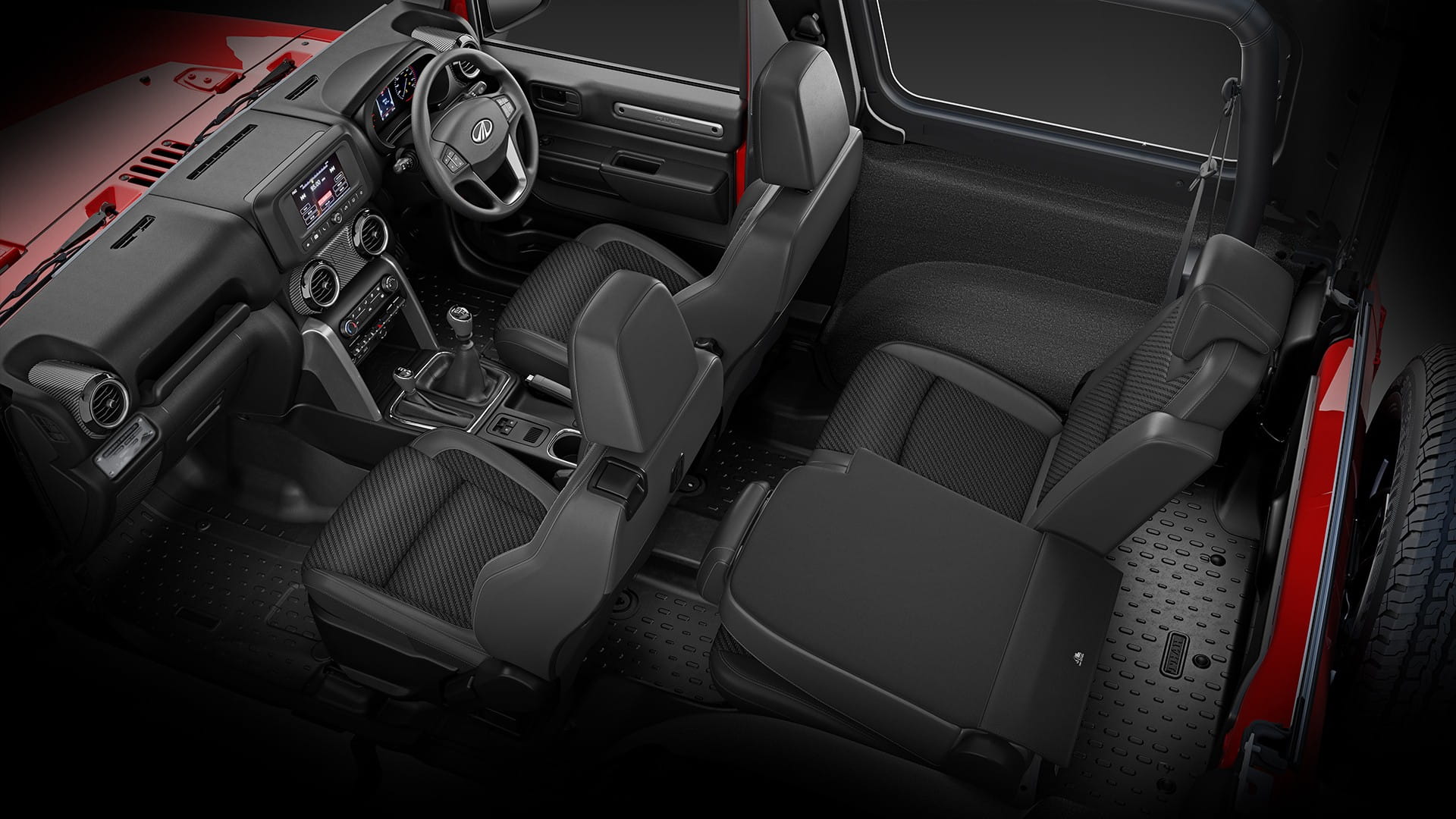