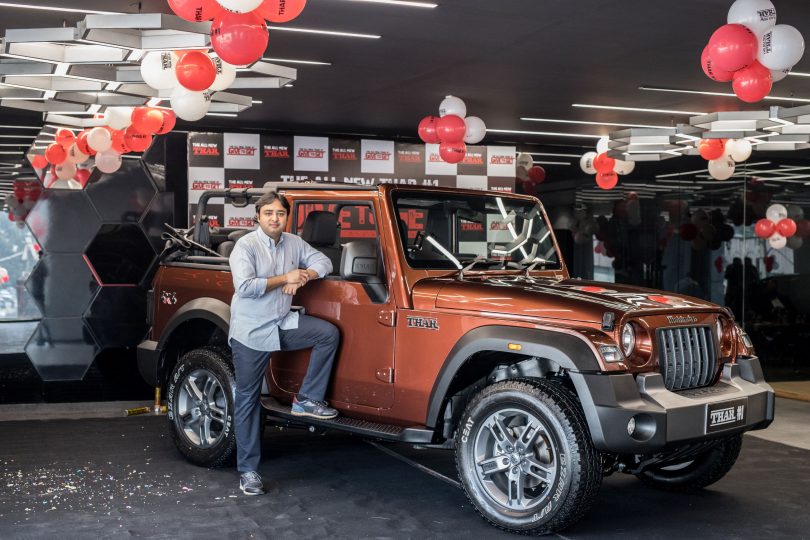 Mahindra & Mahindra held an auction for the ‘first’ all-new Mahindra Thar dubbed Thar #1 in late September. The CEO of Minda Corporation, Mr Aakash Minda from New Delhi outdid more than 5500 bidders from more than 500 locations and won the auction with a winning bid of INR 1.11 Crore. Now, Mahindra is handing over the Thar #1 to Mr Minda in the trim and colour that he chose.

Also, Mahindra has matched the bid, doubling the total amount, raising it to INR 2.22 Crore with the entire proceeds of the auction going to a charitable organisation chosen by the bid winner. The new owner of the Thar #1, Mr Minda was given the choice of three charitable organisations to choose from – Naandi Foundation, Swades Foundation and PM Cares Fund. Now the brand has revealed that he opted for the Swades Foundation and the raised funds will be used for a notable cause, related to COVID-19 relief efforts.

The all-new Thar is available in six colour options – Red Rage, Rocky Beige, Galaxy Grey, Aquamarine, Mystic Copper and Napoli Black and comes in a dual trim concept – AX and LX. The AX is the Adventure series variant which comes with both petrol and diesel engine types, a fixed soft top and only a manual transmission option. The LX variant is the fully loaded option that comes with both petrol and diesel powertrains, an automatic gearbox available on both the petrol and diesel engines but only a manual transmission unit available on the diesel variant and no petrol manual is offered on the LX trim.

Mr Aakash Minda has chosen the fully-loaded LX Petrol Automatic Transmission Convertible option in the Mystic Copper colour. The coveted Thar #1 features bespoke highlights such as a customised badging on the vehicle with the owner’s initials ‘A.M’, ‘Thar #1’ badge, the serial number ‘1’ on the decorative plate placed on the dashboard and leatherette seat upholstery making the first Thar even more special.

The Thar #1 will be powered by the all-new mStallion series 2.0-litre Turbocharged Gasoline Direct Injection four-cylinder 16-valve DOHC petrol engine that makes 150 Bhp of power and 320 Nm matched to a 6-speed torque converter type automatic transmission. The Thar features 4X4 driveline with a manual transfer case with a shift-on-fly electric driveline disconnect and a low crawl ratio of 42:1 with a 50:50 power split, as standard.

The entire bidding was conducted by Ernst & Young and the online auction was being conducted by Mahindra First Choice Wheels (MFCW) and hosted on the ‘carandbike’ auction engine. 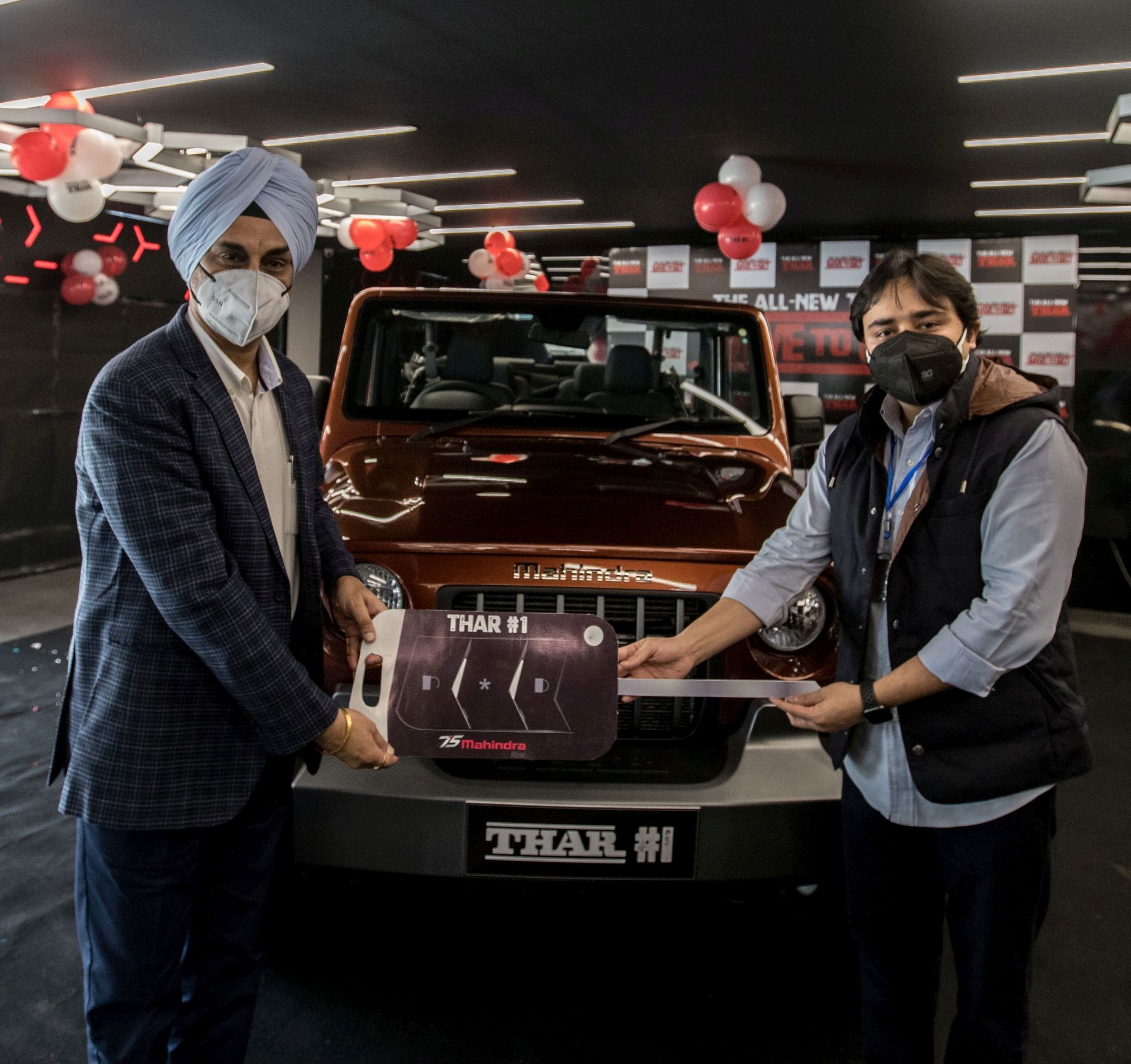