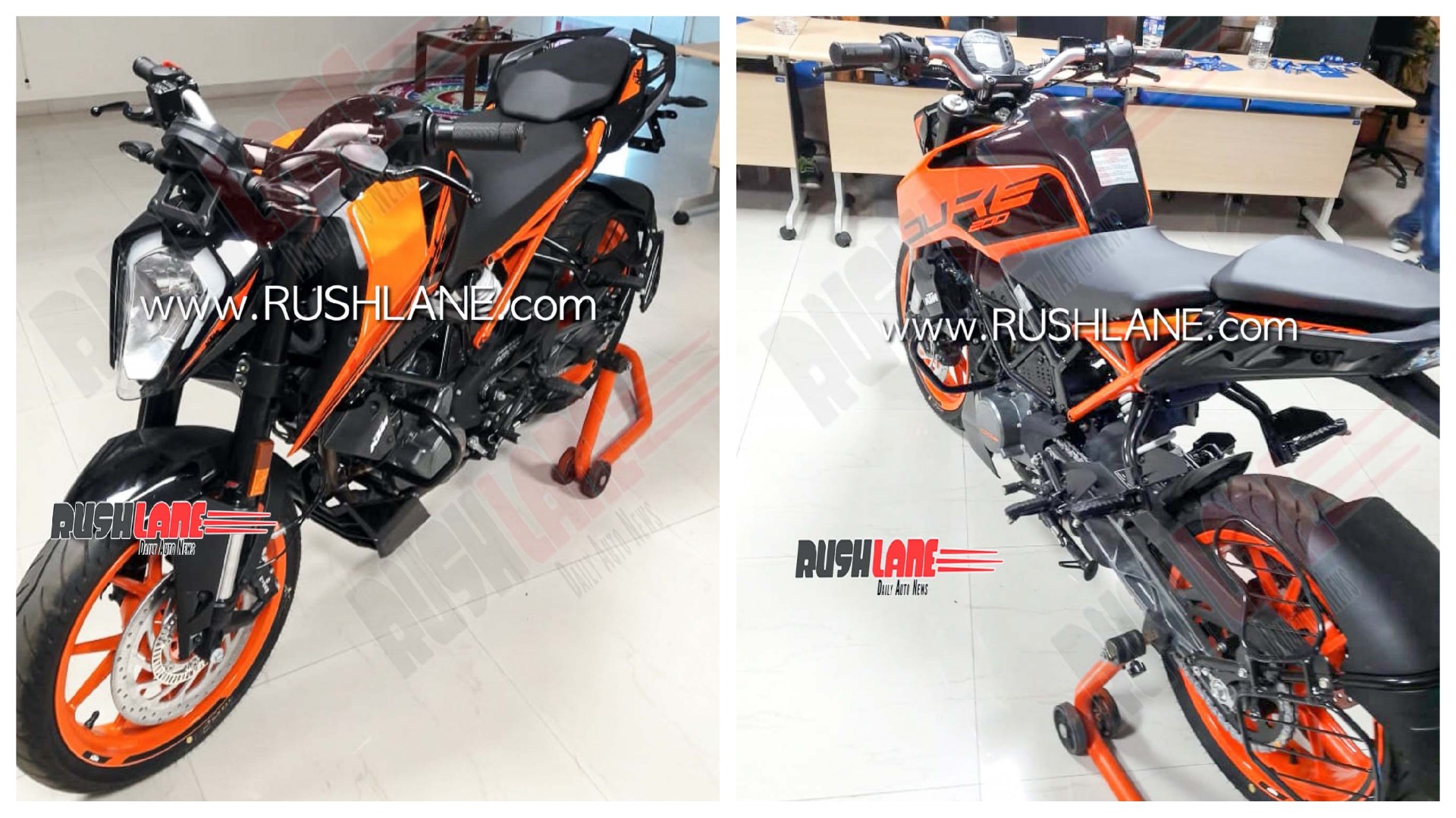 Spotted in full glory ahead of the official announcement, what you see here is the 2020 KTM 200 Duke with the BS6 update. Obviously, apart from the changes to the engine, the 2020 KTM 200 Duke will now get new styling which is similar to the current generation of 250 Duke and 390 Duke. The bikes have now started to reach KTM showrooms and the launch is expected to happen shortly. We also expect the KTM 125 Duke to get similar styling for cost efficiency.

Seen here, is the 2020 KTM 200 Duke BS6 with the black and orange shade. You can see that there is minimal decals on the motorcycle with the KTM orange shade for the alloy wheels and the rear subframe of the trellis chassis. The headlamp similar to the 250 Duke will get LED DRLs and a conventional bulb for the main beam. The speedometer cluster is full digital, the same unit which we have seen ever since KTM entered India. The KTM 200 Duke now looks much more stylish than what it was, and the new paintwork will also help the brand to attract more buyers. The handlebar as you can see in finished in a silver shade. There are still no bar end weights on the handlebar for the KTM 200 Duke.

Powering the BS4 model of the KTM 200 Duke is a 199.5cc, single-cylinder, liquid-cooled, 4-stroke, fuel-injected motor producing 25 HP of power and 19.5 Nm of torque. KTM is likely to retain the same performance figures even with the BS6 update which will happen in the fuel maps and the exhaust pipes. The engine comes matched to a 6-speed gearbox and the bike benefits from a single-channel ABS system.

KTM has recently announced the 390 Adventure in India at a price tag of INR 2.99 lakh ex-showroom, and this makes the motorcycle India’s most advanced two-wheeler at that particular price tag with the kit that it offers. All of the KTM motorcycles are expected to be updated to BS6 standards in the coming weeks. 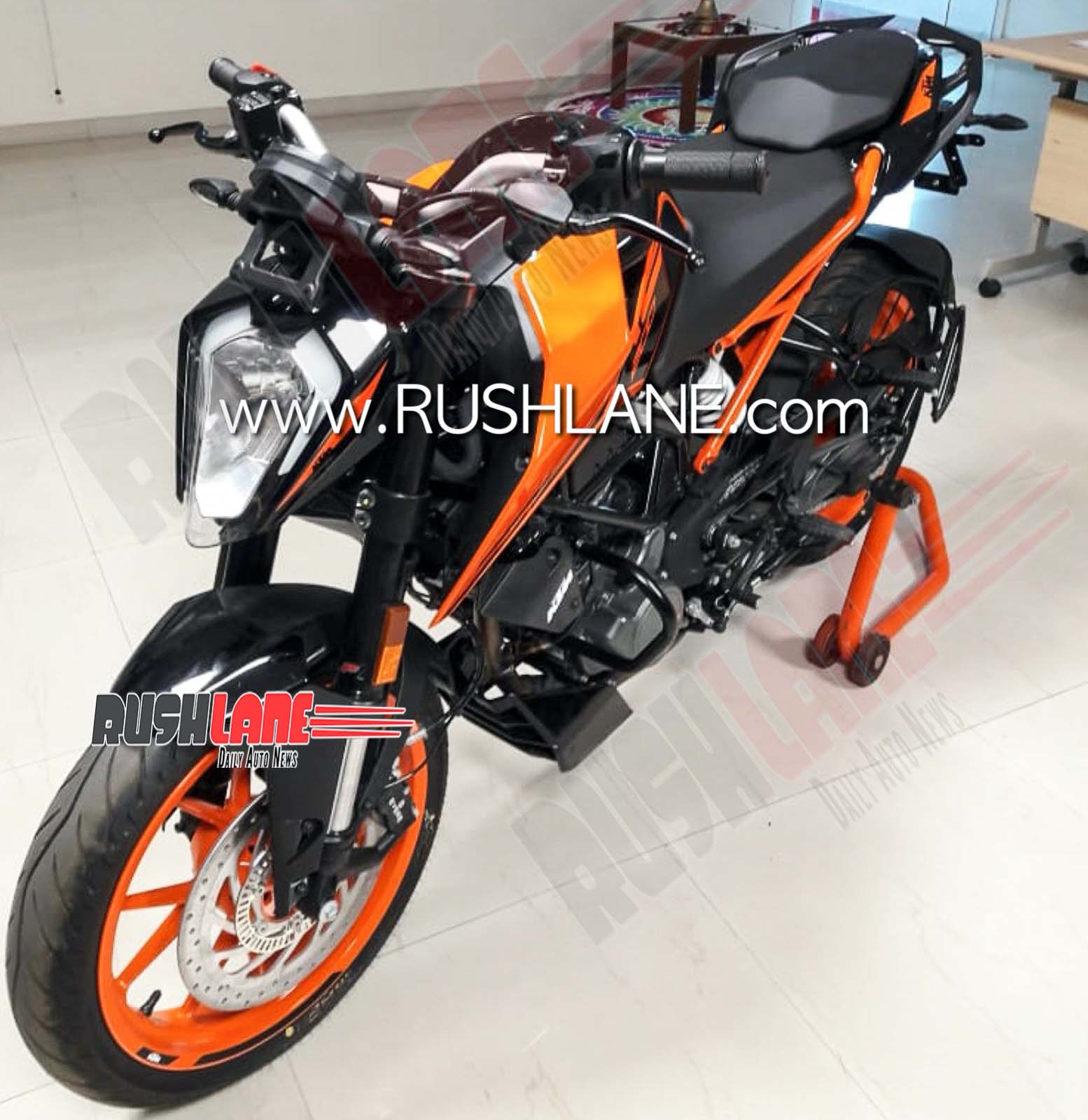 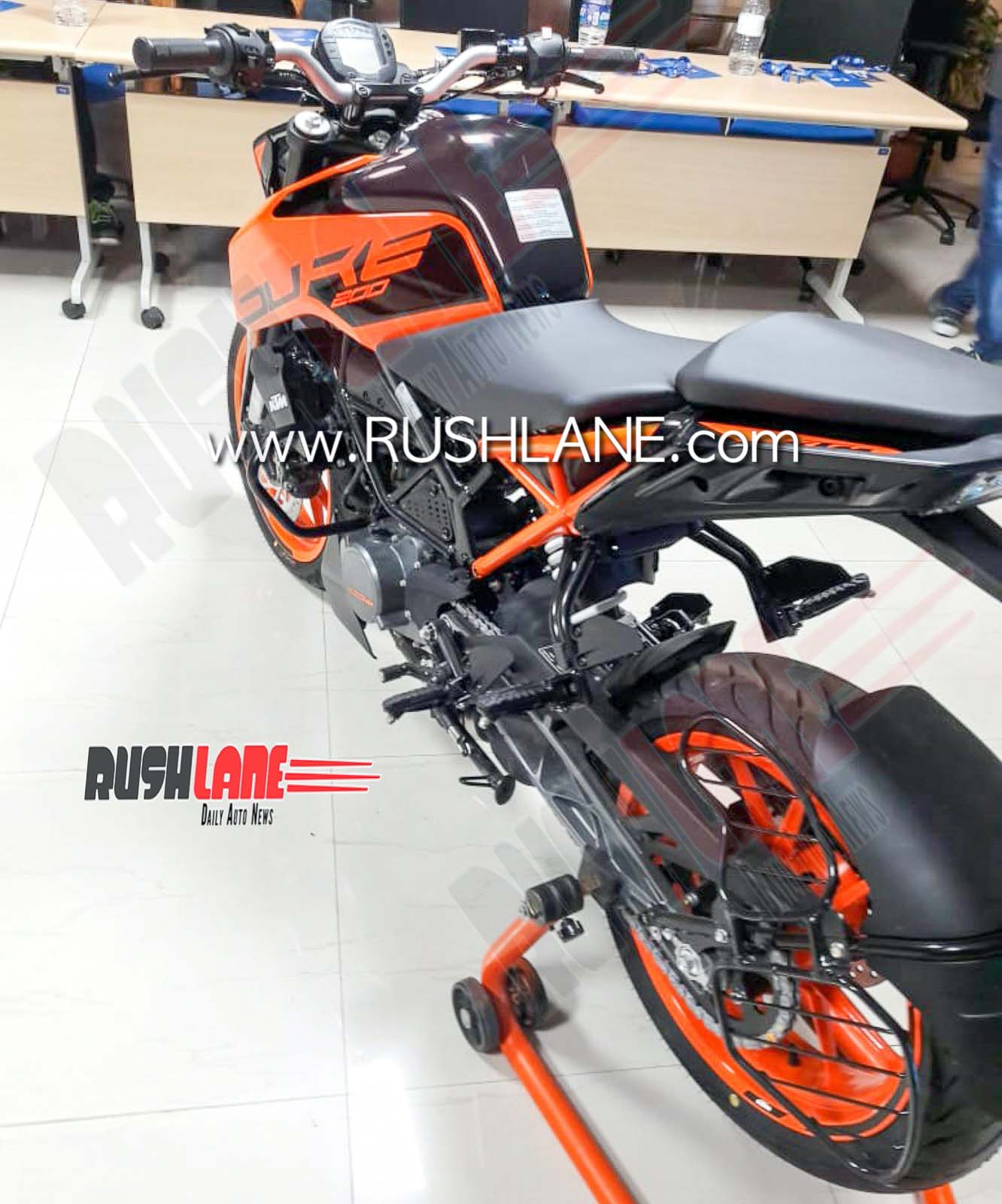