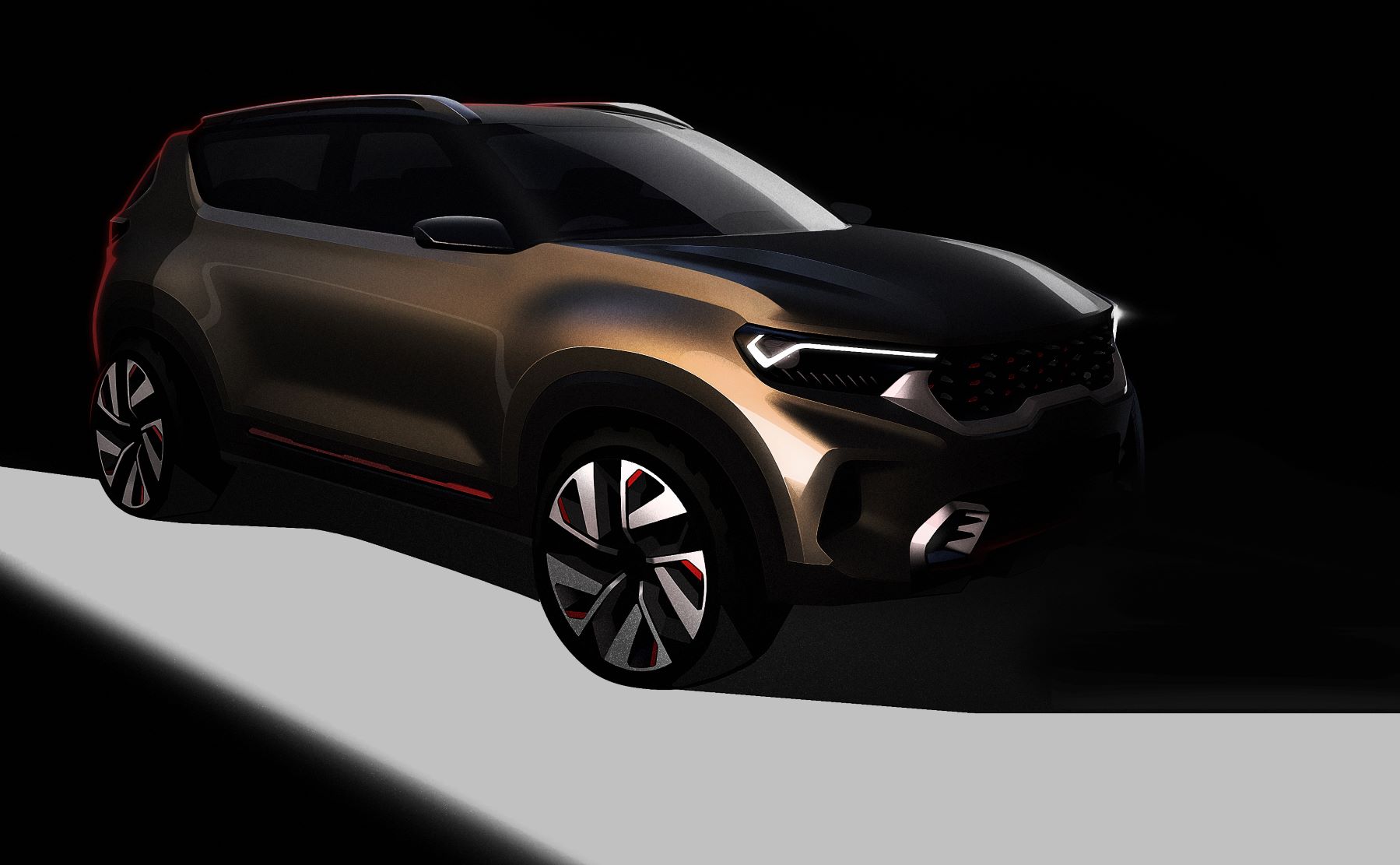 Kia Motors India is setting a case study for all car manufacturers around the world with the product strategy here in India. The Kia Seltos SUV has already propelled the brand to top spots in the sales race in the Indian market, and the soon to be launched Carnival MPV is also being well received with a healthy number of bookings. Now, not letting the momentum slow down, Kia has revealed design sketches of their upcoming compact-SUV for the Indian market which will rival the likes of Hyundai Venue, Maruti Suzuki Vitara Brezza, Tata Nexon and Ford EcoSport.

The Kia Sonet as it is rumoured to be badged when launched will be a sub-4 metre compact-SUV. This will slot below the Seltos and will be a sibling to the Hyundai Venue; but styled much different. The new SUV concept will be showcased at the 2020 Auto Expo in the coming weeks and will be the 3rd car to be launched by Kia here in India. The Kia Compact SUV is claimed to be modern, dynamic and bold in the brands words and will try to win more hearts to increase sales volumes as this would then become the most affordable entry-level Kia car in India.

Design sketches of the new Kia Sonet compact-SUV reveal that it will come with the signature tiger-nose front grille with chrome accents and satin silver finish, new LED headlamps with LED DRLs and a projector setup, faux vents in the bumper with skid plate effect, healthy dose of body cladding, red accents on the wheels + grille + side body moulding, flared wheel arches, sculpted bonnet, blacked out A & B pillar, roof rails, LED tail lamps which will be connected to each other with a strip running across the tailgate, roof mounted spoiler, rear diffuser effect, chrome tailpipe finisher, a uniquely styled C-pillar wrapping around the rear windscreen and chrome accents for the DLO area.

Codenamed internally as the Kia QYI, this compact-SUV is expected to come with the same engine options as the Hyundai Venue. It could sport a 1.0L turbo-petrol, 1.2L petrol and a 1.5L diesel motor. Power output could range between 80 – 125 horsepower and Kia as usual will offer multiple gearbox options to lure buyers. Engine details are currently mere speculation, and Kia is expected to reveal more details at the unveiling next month.

This Kia Sonet / QYI compact-SUV is expected to be launched closer to the festive season of 2020. and pricing could range between INR 7 – 12 lakh. 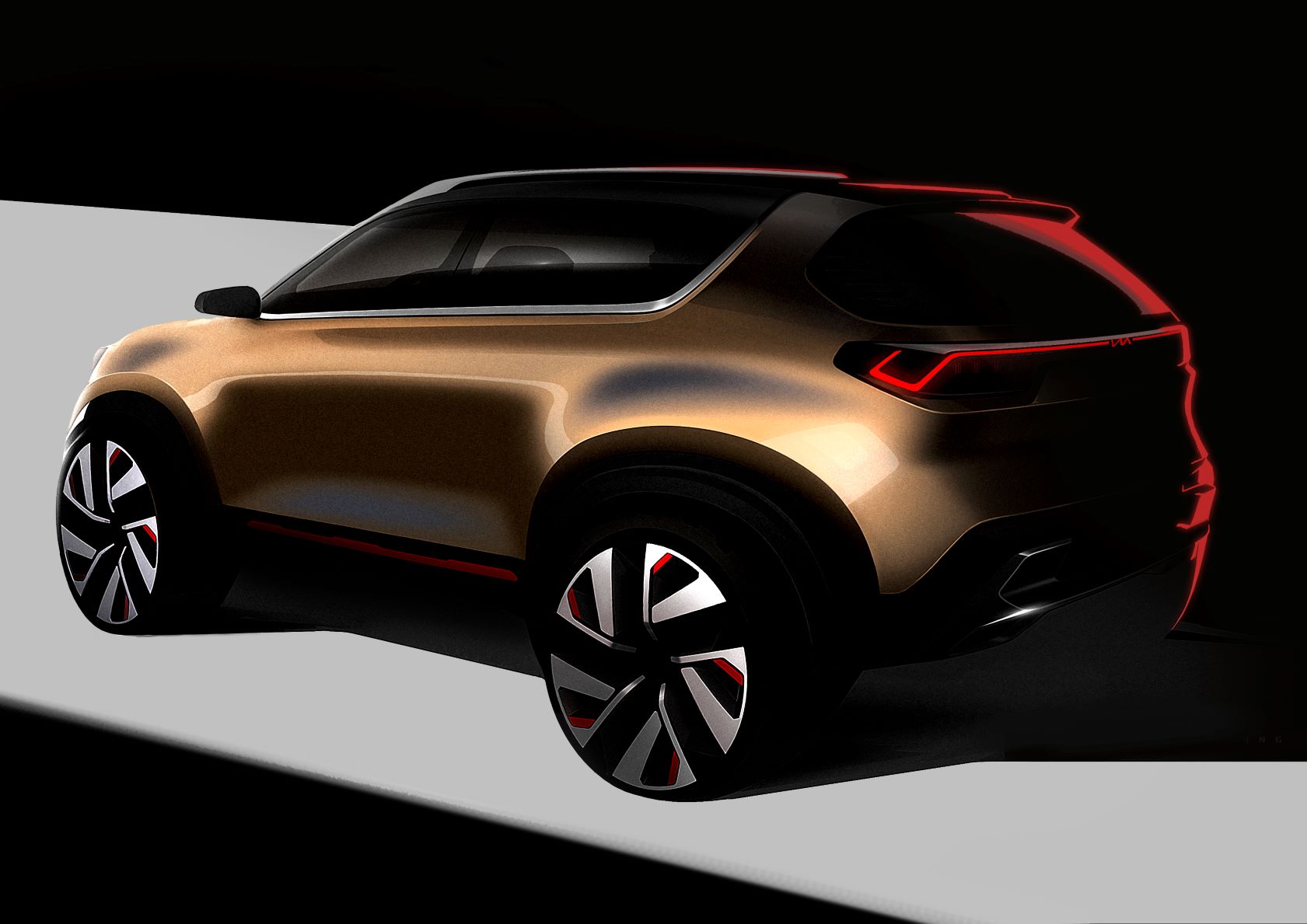