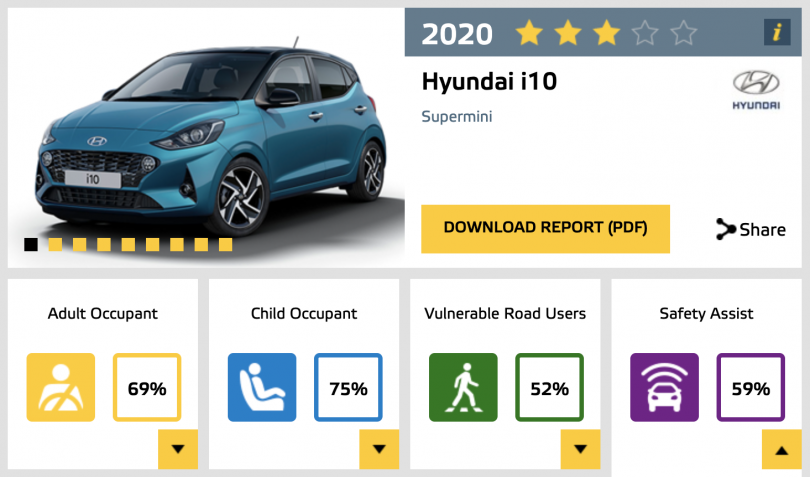 The European New Car Assessment Program (Euro NCAP) has published its crash test reports on the 2020 Hyundai i10 for the European market and the hatchback has scored 3-stars for safety. The crash-tested Hyundai i10 was in the 1.0 MPI GLS trim Left-Hand-Drive version, but the tests are valid for both LHD and RHD versions on the car.

The 2020 Hyundai i10 that was crash tested in the European market was equipped with front airbags for the driver and passenger, seat belt reminders on both the driver, passenger as well as the second-row passengers, seat belt pretensioners and load limiters on both the front passengers as well as the rear occupants, side head airbags on front and rear row, side chest airbag for driver and passenger, side pelvis airbag for driver and passenger, ISOFIX child restraint seat anchorage system on the rear seat and airbag deactivation. The Hyundai i10 is also equipped with Automatic Emergency Braking (AEB) for Vulnerable Road Users (pedestrians), AEB that can also detect other vehicles including a car turning across the path, speed assistance system and lane assist system.

To assess Child Occupant Protection the car was tested using a 6 & 10-year-old children dummy and a Britax Römer KIDFIX III S Child Seat Restraint (CRS) was used for the 6-year old child dummy and a Booster cushion was used for the 10-year-old child dummy. The achieved a total of 37.2 points taking the score to 75% for Child Occupant Protection. For vulnerable road users that car offered systems such as Forward Collision-Avoidance (FCA) that comes with Auto-Brake with Forward Collision Warning scoring 28.4 points in total achieving 52% score. For safety assistance systems the car scored 59% 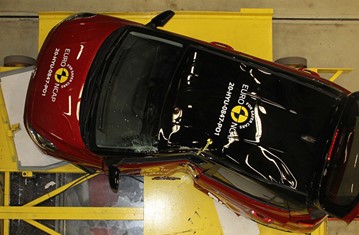 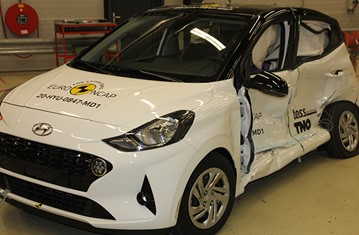 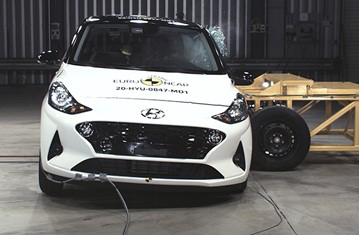 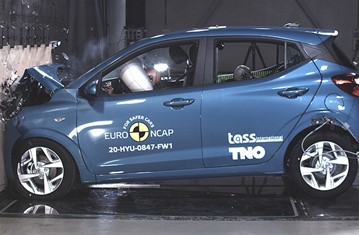 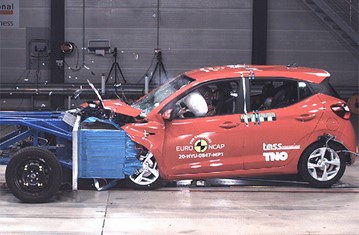