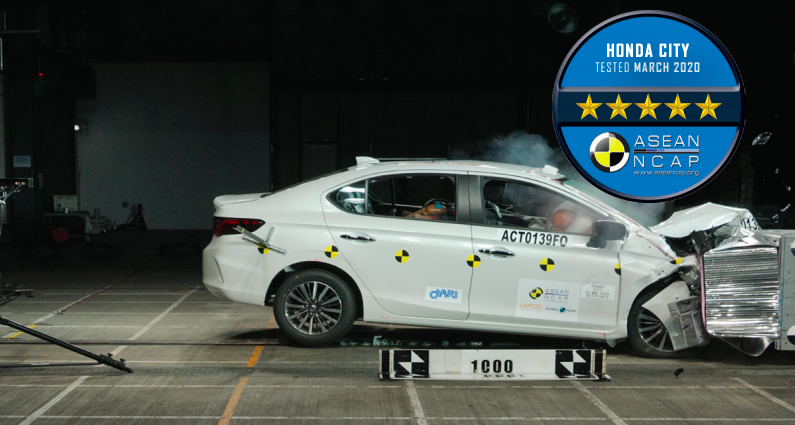 Honda launched the new-generation 2020 Honda City in Thailand at the end of last year. A few weeks ago we also reported that the popular sedan is likely to come to India in three trim variants based on leaked images of a type approval document that was circulated on the internet. The car was also spied in India at the end of Calendar Year 2019 and was expected to be introduced in India mid-March but due to the outbreak of CoronoVirus Disease, the event has been postponed to a later date.

What was missing in the earlier reports was the safety quotient of the car and now the Thailand-spec 2020 Honda City has been crash-tested by the ASEAN NCAP and the midsize sedan has scored a full 5 stars for safety with a total overall score of 86.54 points.

The child occupant protection test was performed using two child dummies one representing an 18-month old child dummy and another a 3-year old child dummy both restrained using a Honda Baby & Kids rearward-facing child seats using ISOFIX and support leg. In the dynamic test assessment, the CRS system scored 24 points in the dynamic test, 9 points on the vehicle-based test and 11.2 points for CRS installation totalling 44.72 points out of 49.00, scoring a full 5 stars. 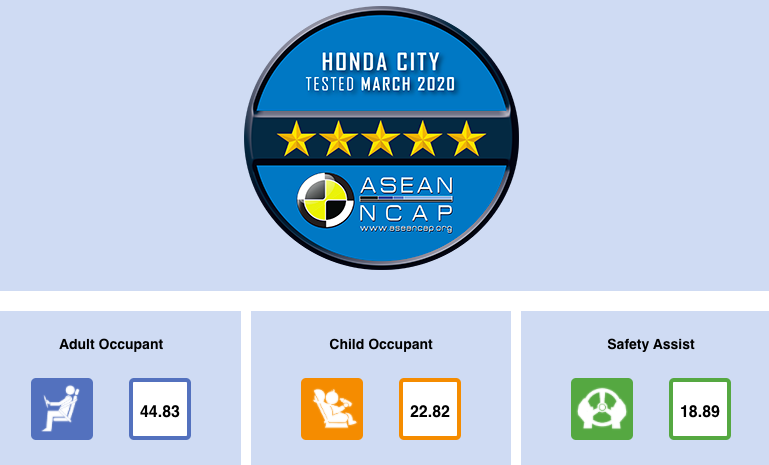 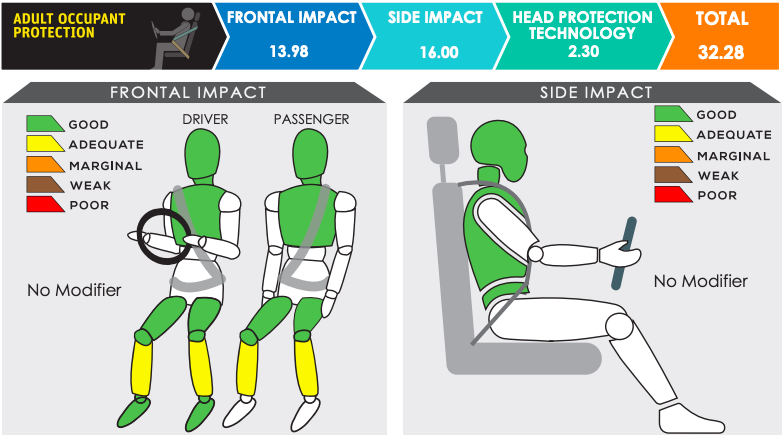 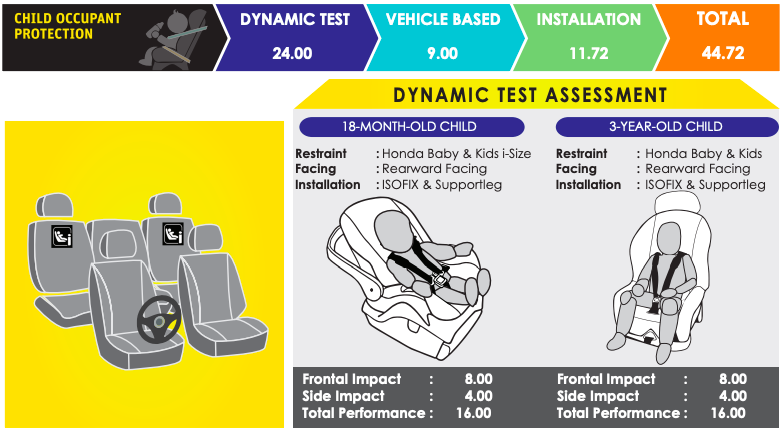 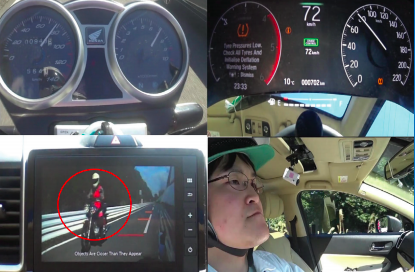