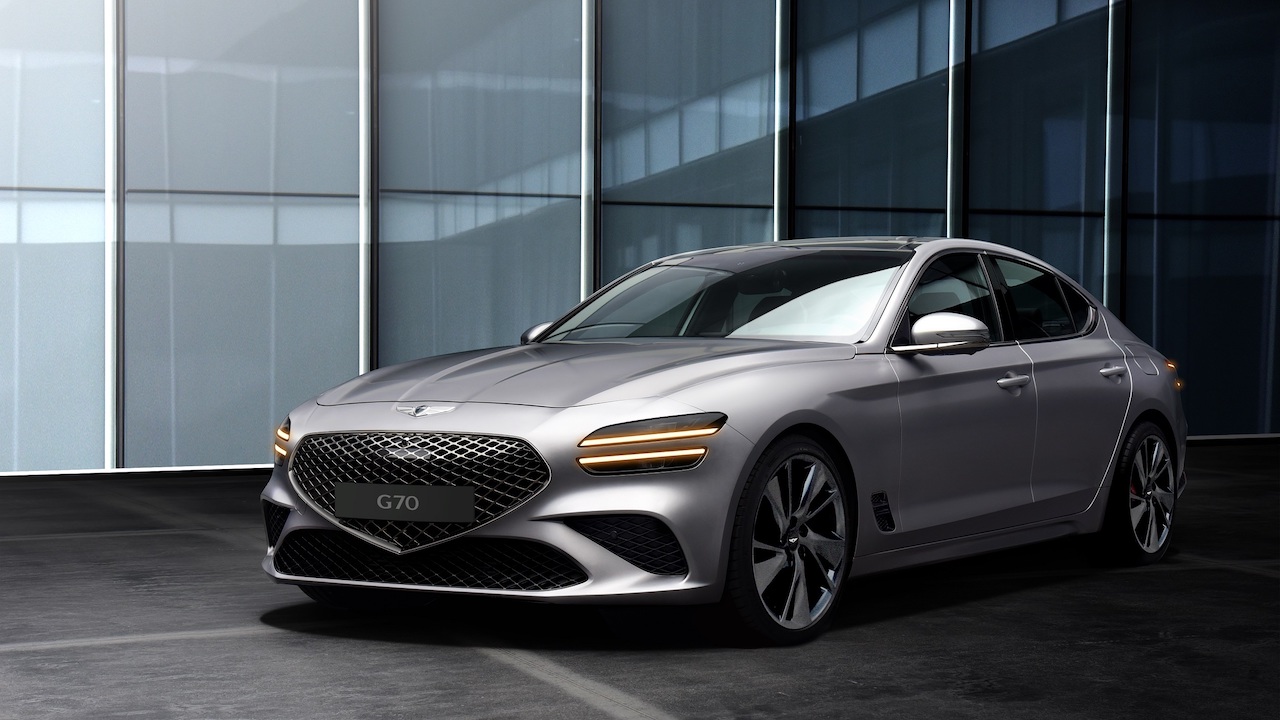 Luxury car brand, Genesis has revealed the new 2020 Genesis G70 in a few images. The Genesis G70 will be launched in the South Korean market in the next month. The Genesis G70 was first launched back in 2017 and is positioned as a luxury sports sedan in the brand’s portfolio. The mid-life updated G70 comes with redesigned new exteriors that are in-line with the athletic design philosophy along with refreshed new interiors.

On the outside, the new Genesis G70 comes with a new much angular pentagonal crest grille design flanked by sleek Quad-LED headlamps with a wraparound effect and integrated turn signal lamps, the front bumper is also more geometrical than before and features a wide air dam flanked by trapezoidal side air intakes. The bonnet features raised ridges, rounded wheel arches, side air extractors and muscular shoulder lines. The roofline slopes back into the rear deck giving the G70 a coupe-styled side profile, a duck-tail boot integrated spoiler and tail lamp units that reverberate the front. The lower bumper integrates oval exhausts finished in chrome along with black inserts and red reflectors.

On the Inside, the Genesis G70 features a driver-centred dashboard fascia. The fighter-jet styled cockpit is complemented by a new 10.25-inch infotainment system with the latest connectivity featuring an exclusive Genesis UI design supporting the latest over-the-air wifi update, Valet mode and CarPay. The wireless smartphone charging system has been changed to a horizontal layout, to better accommodate a wide range of smartphone sizes.

The G70 has garnered various awards such as the 2018 Good Design Award (Transportation Design Division), 2019 North American Car of the Year and Top Safety Pick+ recognition from the U.S. Insurance Institute for Highway Safety (IIHS). 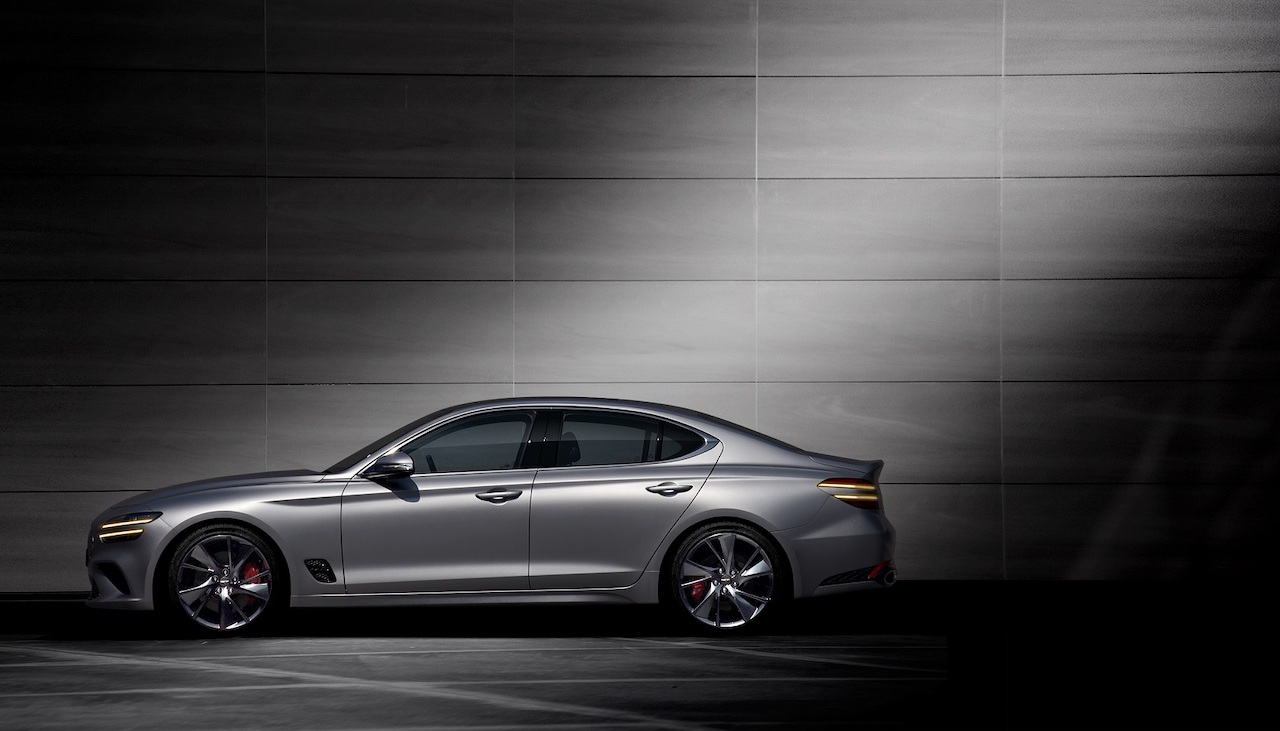 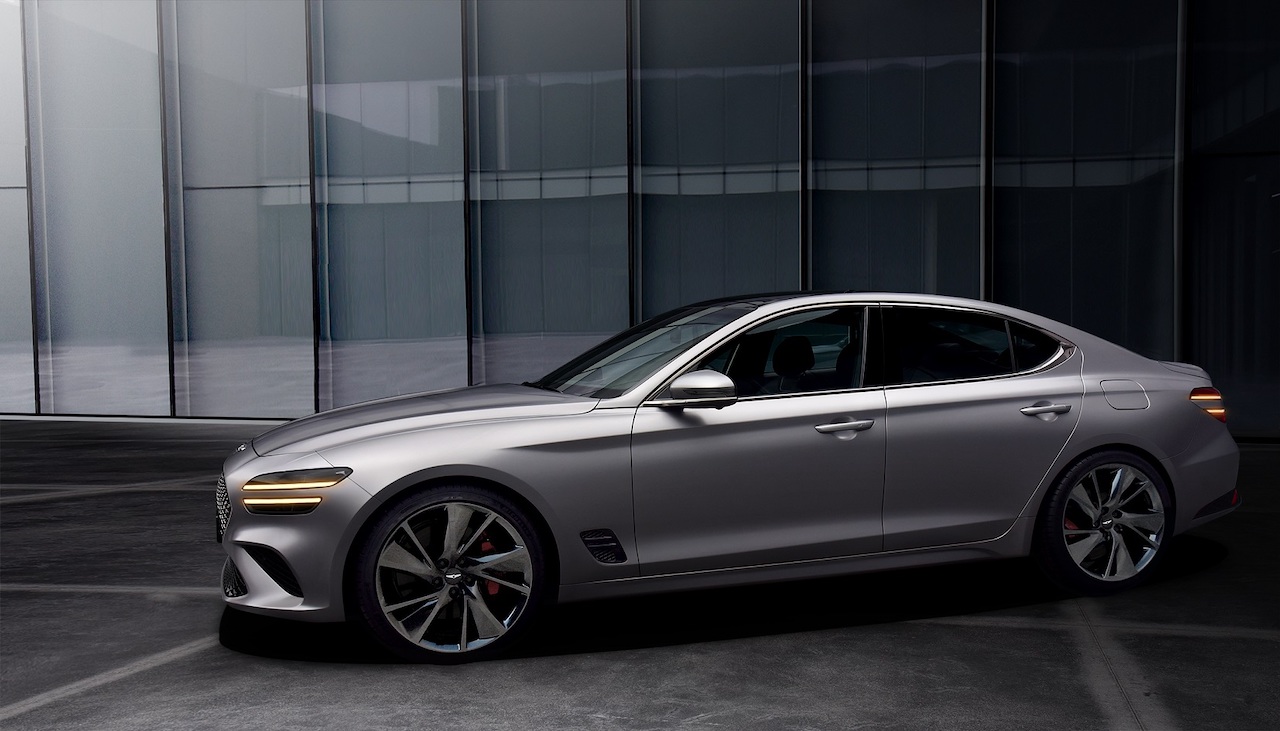 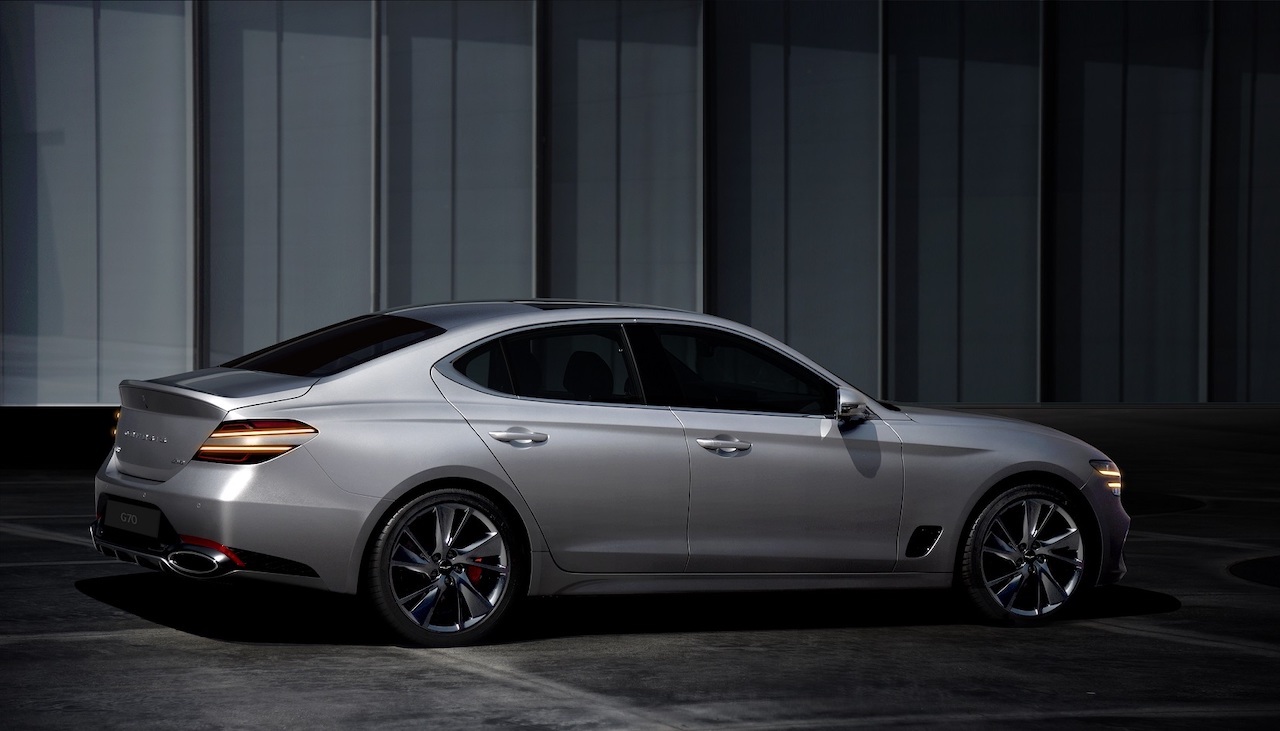 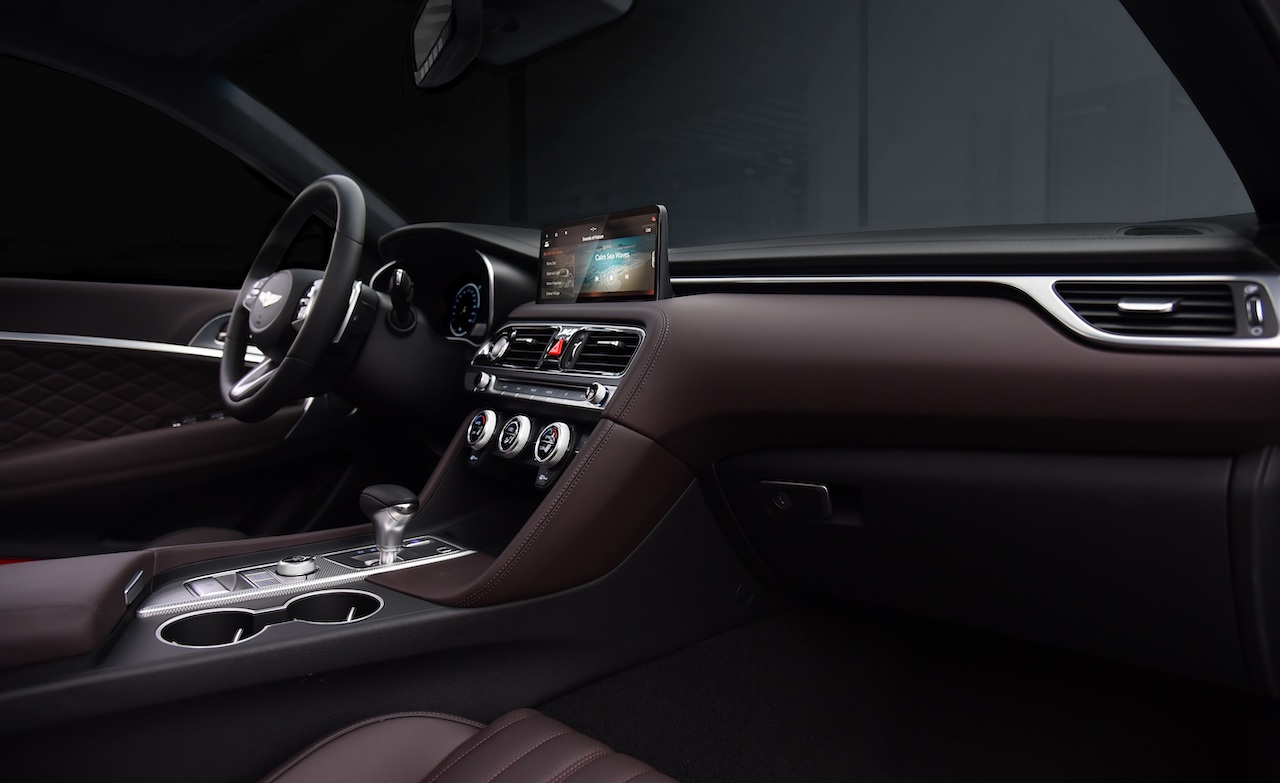