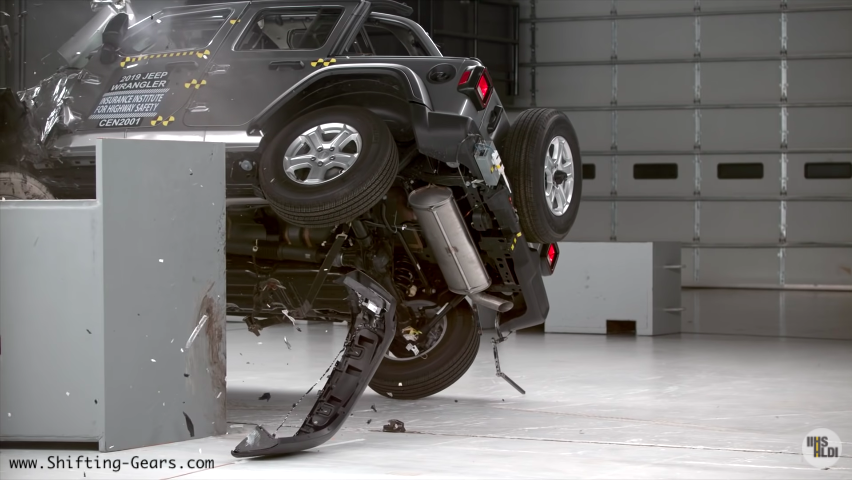 The Jeep Wrangler one of the most rugged SUV in the world has earned barely adequate ratings in a driver-side small overlap front crash test conducted by the Insurance Institute for Highway Safety (IIHS). The 2019-2020 model was tested three times, once by Fiat Chrysler Automobiles (FCA) and twice by IIHS at the Institute’s Vehicle Research Center and both the time the SUV rolled on to its passenger side after striking the test barrier.

In the test submitted by Fiat Chrysler Automobile, the Jeep Wrangler did not roll over in the test and the brand questioned IIHS’s method of propulsion used in the test and IIHS conducted a second test with the FCA approved propulsion method which also ended by the car tipping on the side.

While the Jeep Wrangler performed well in terms of metrics as the driver’s space was well maintained and the Wrangler earned good ratings for moderate overlap front, side, roof and head restraint, however, rollovers pose risk as the occupant can be fully or partially thrown outside the vehicle causing a fatal injury. Moreover, the Jeep Wrangler comes with a removable roof and does not come with side curtain airbags which are designed to safeguard occupants in rollover events.

The brand recently launched the Jeep Wrangler Rubicon in India at the price of INR 68.94 lakhs ex-showroom, India. The Wrangler Rubicon is powered by a 2.0-litre four-cylinder turbocharged engine with a low-inertia twin-scroll turbocharger mounted directly on the cylinder heads equipped with an electronically controlled wastegate. The engine produces 265 hp of power and 400 Nm of torque matched to an 8-speed automatic gearbox and a 77.2:1 crawl ratio Rock-Trac 4X4 drivetrain. 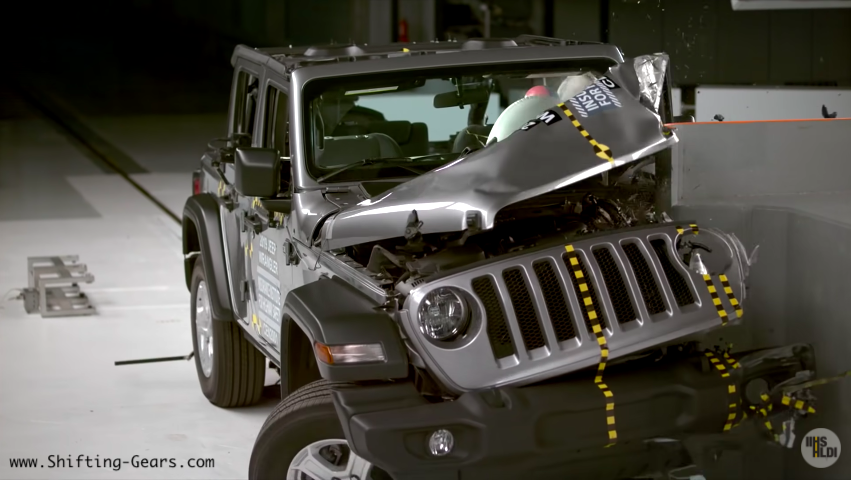 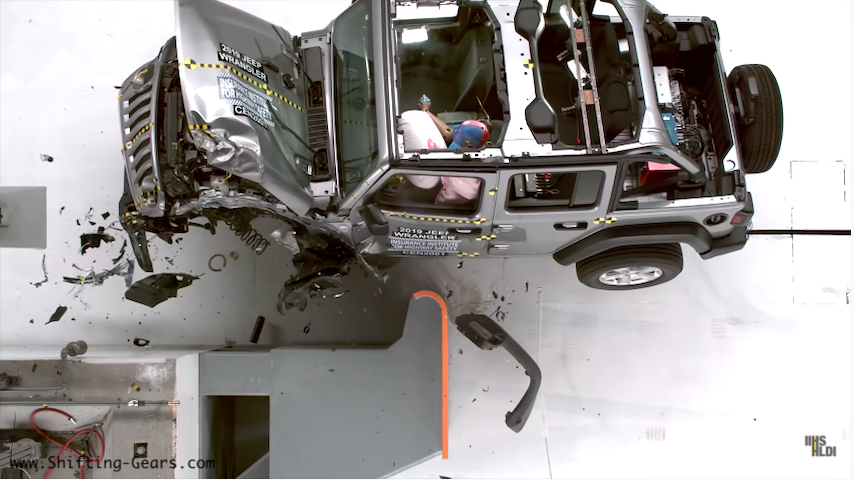 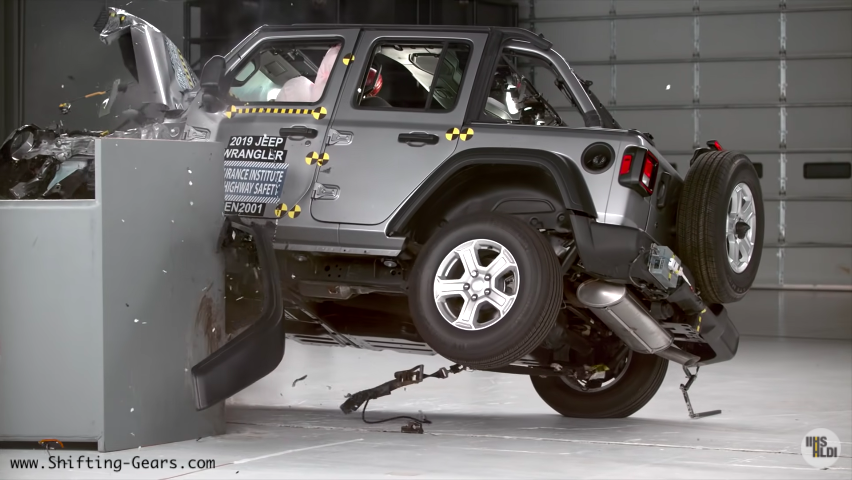 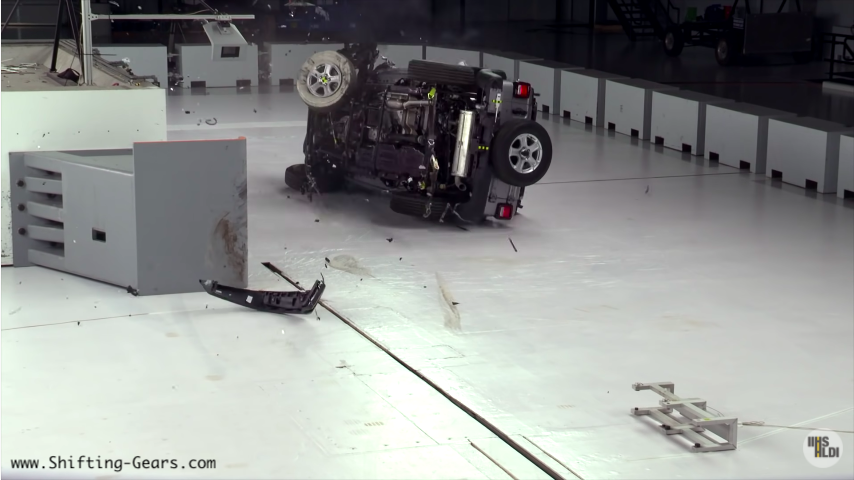