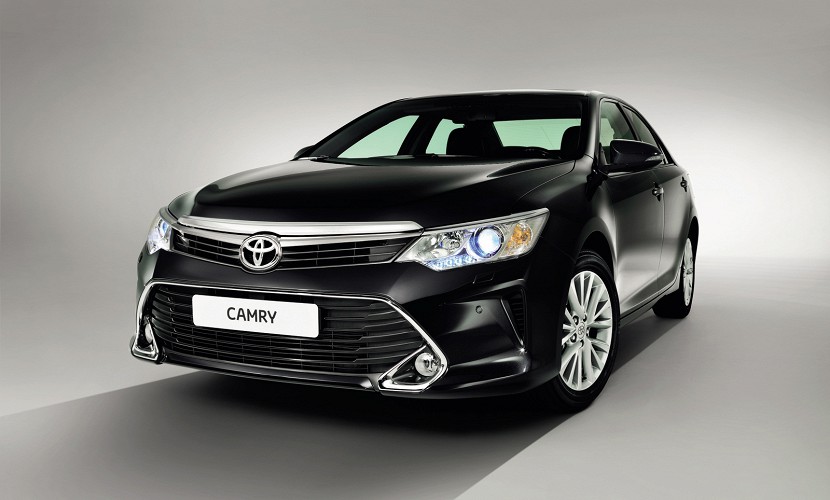 The 2015 Toyota Camry facelift has been unveiled at the Moscow Motor Show.

The Camry is Toyotas D-segment sedan in India and is powered by a petrol and a hybrid motor. Now, the facelift version which should arrive on Indian shores by 2015 has been unveiled at the Moscow Motor Show. The front end gets a new grill in chrome and horizontal slats below. Also, a big trapezoidal air dam with chrome surround is to be seen, and the fog lamps are placed in this section. Front bumper has been restyled too. Headlamps get the projector setup with LEDs, but the design is slightly different.

Interiors get a new blue backlit instrument cluster with a 4.2″ TFT colour display between the speedometer and tachometer. The car is getting a new three-spoke steering wheel and a revised centre console with a big MMI screen. 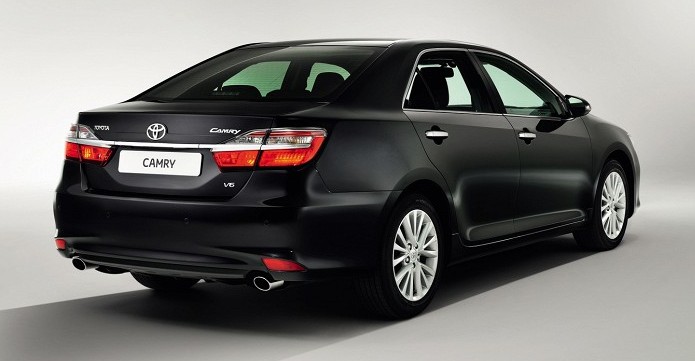 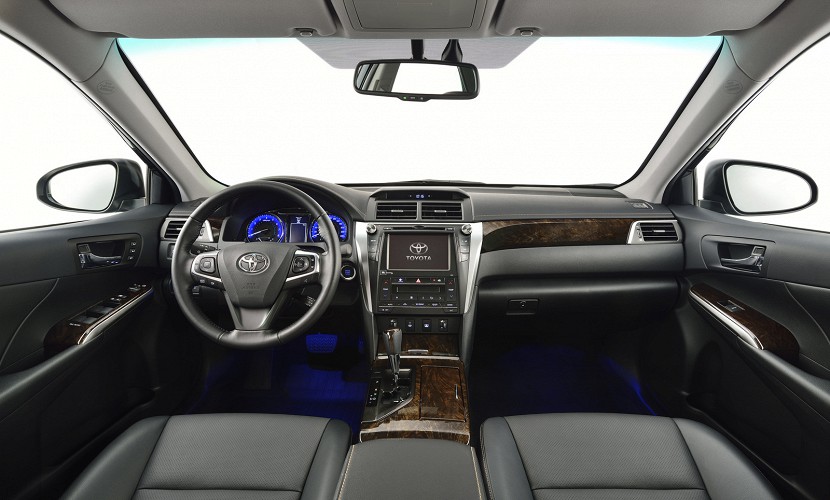