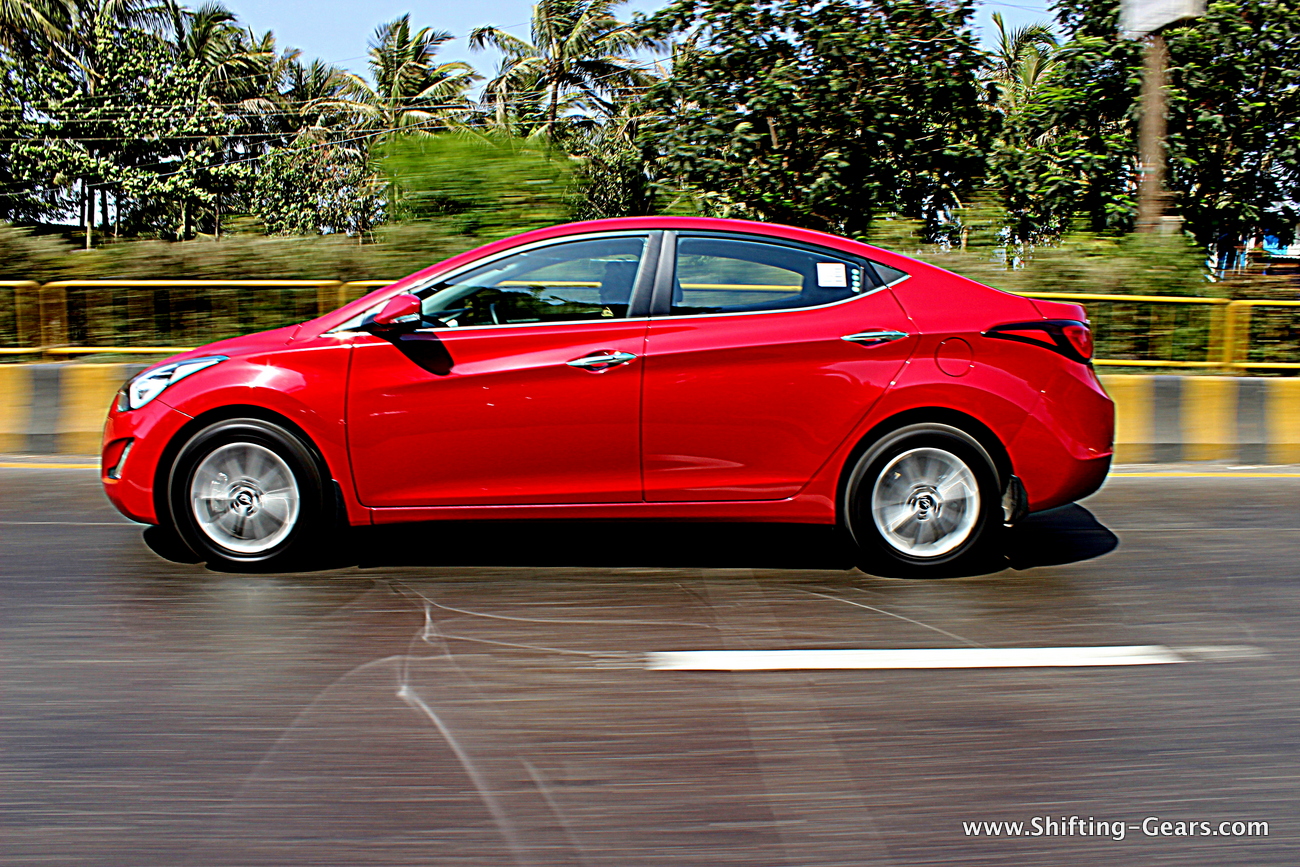 What once used to be a segment (price bracket) for affordable luxury sedans, has now completely changed. The D-segment has seen diminishing sales year-on-year for the past couple of years, and the trend is expected to continue till the time the craze for SUVs in India does not reduce. Previously, for example during 2005 – 2010, there were primarily only sedans available in the 10 – 20 lakh rupee segment with a few options for SUV lovers. But post 2010, more & more players entered the SUV space, and attracting more customers with added space, value & road presence on offer. This hit the D-segment real bad and products such as the Honda Civic were pulled out from the Indian showrooms.

In the early 2000s, Hyundai introduced the Elantra brand to the Indian customers. A very competent product with features which could put a segment above to shame & coupled with a competent diesel motor; the 3rd generation Elantra sold in decent numbers here in India. Even now, owners of the old Elantra are quite happy with the product. However, it looked a bit bland considering that it competed with the futuristic looking Honda Civic. It was eventually discontinued. With the Fluidic Verna, Hyundai noticed that the fluidic design language was an instant hit amongst the Indian masses and then, introduced the 5th generation Elantra in India. Till the new Toyota Corolla was introduced, the new Elantra managed to rule the segment with a fair margin. Now that the model started to show its age, Hyundai has introduced the facelift model in India. This facelift however has come to India after quite some delay as it was revealed globally in 2013. The next-generation model is not expected before 2017, hence, this facelift should keep the sales figures on the move

What has changed:
The Elantra has always been a looker in the segment. Yes, it is now the one of the oldest models in the segment but still, has enough presence to attract eyeballs. Also, since the European competition is playing with understated & timeless designs; the fluidic design on the Elantra nicely stands out in the crowd. 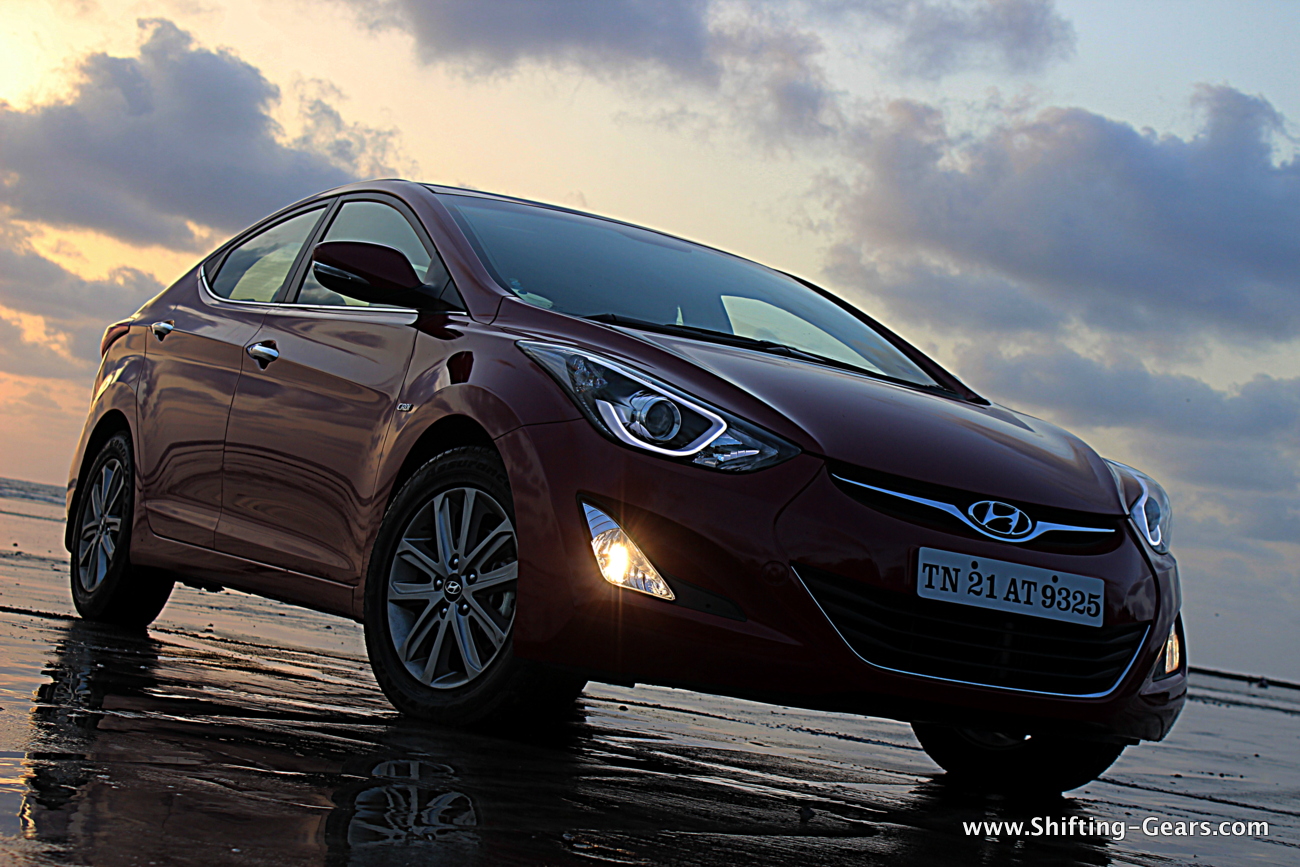 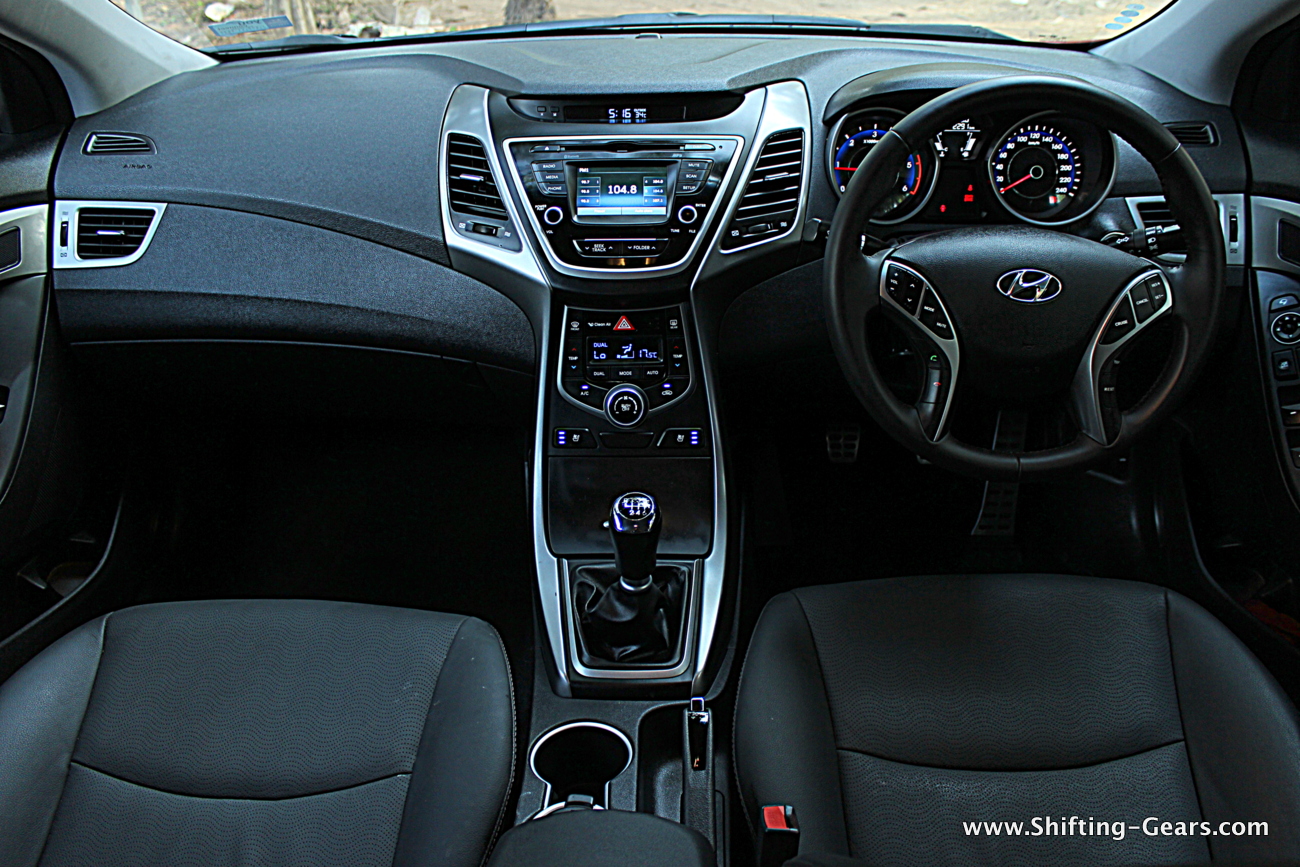 With all these changes, the Hyundai Elantra is still a competent product, if not the best-in-class. Exterior design will manage to attract those looking for a styling D-segment sedan unlike the corporate & formal looking competition. Exterior changes although limited, are noteworthy to set apart the pre-facelift & the facelift models. 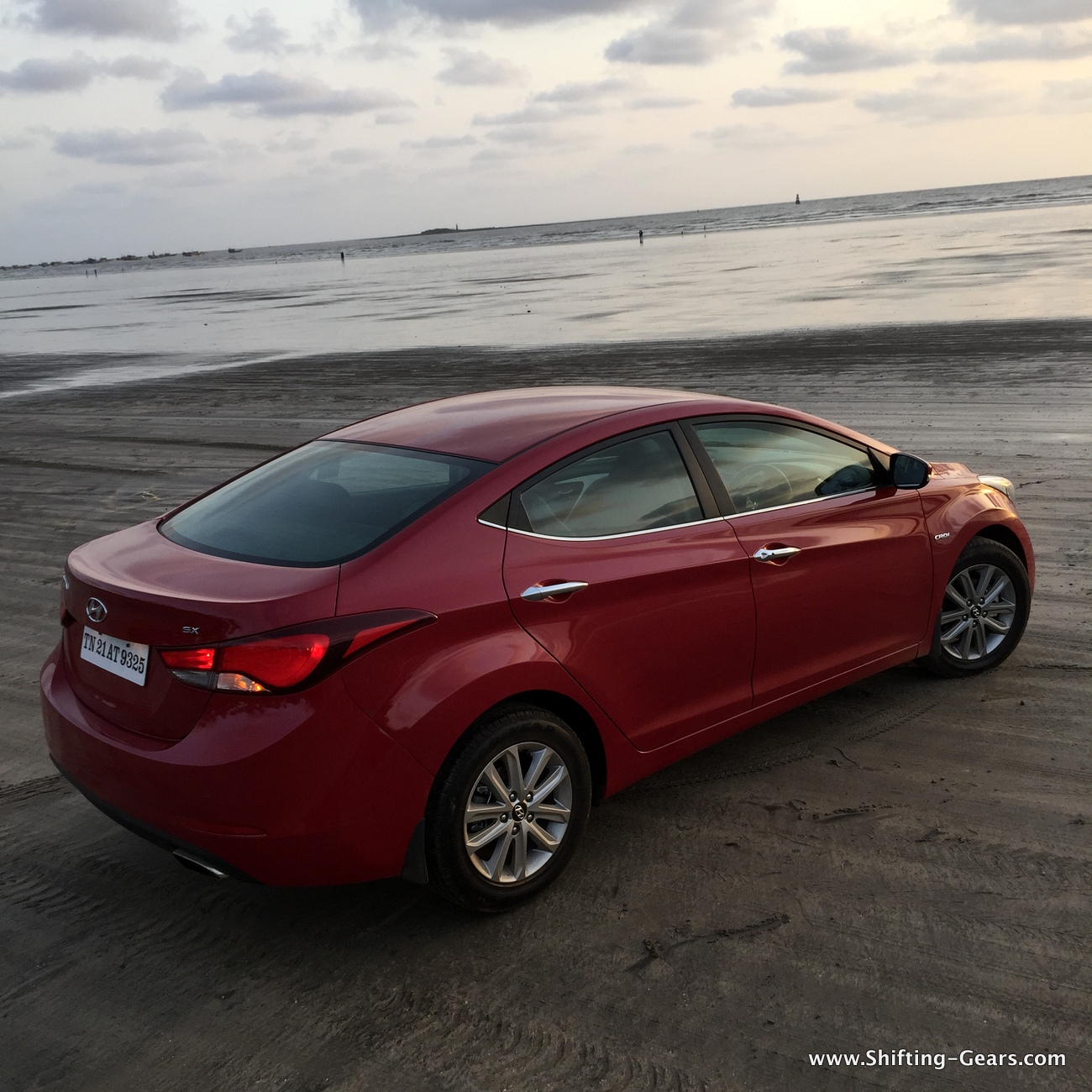 Inside, we still like the beige interiors though. They looked more premium and also, the cabin felt more airy & roomy with more light felt inside the cabin. All-black trim does make things look sporty, but sporty is not really synonymous of Hyundai’s is it? The Elantra is a comfortable car for 5 with decent legroom available for all occupants. Rear headroom however is a bit limited for taller occupants due to the sloping roofline. All seats are nicely contoured (bolstered) to keep you in place while driving enthusiastically.

The Elantra is also the only product in the Indian market under Rs. 30 – 40 lakh which gets the most sensible feature – cooled (ventilated) front seats. For climatic conditions like ours, the leather seats heat up all the time leaving your back a bit uncomfortable due to sweat. However, the Elantra’s cooled seats ensure that the AC blow is not only felt on the front end of your body, but even your back & bottom are kept cool. It’s a shame that luxury car manufacturers do not offer this feature in India. 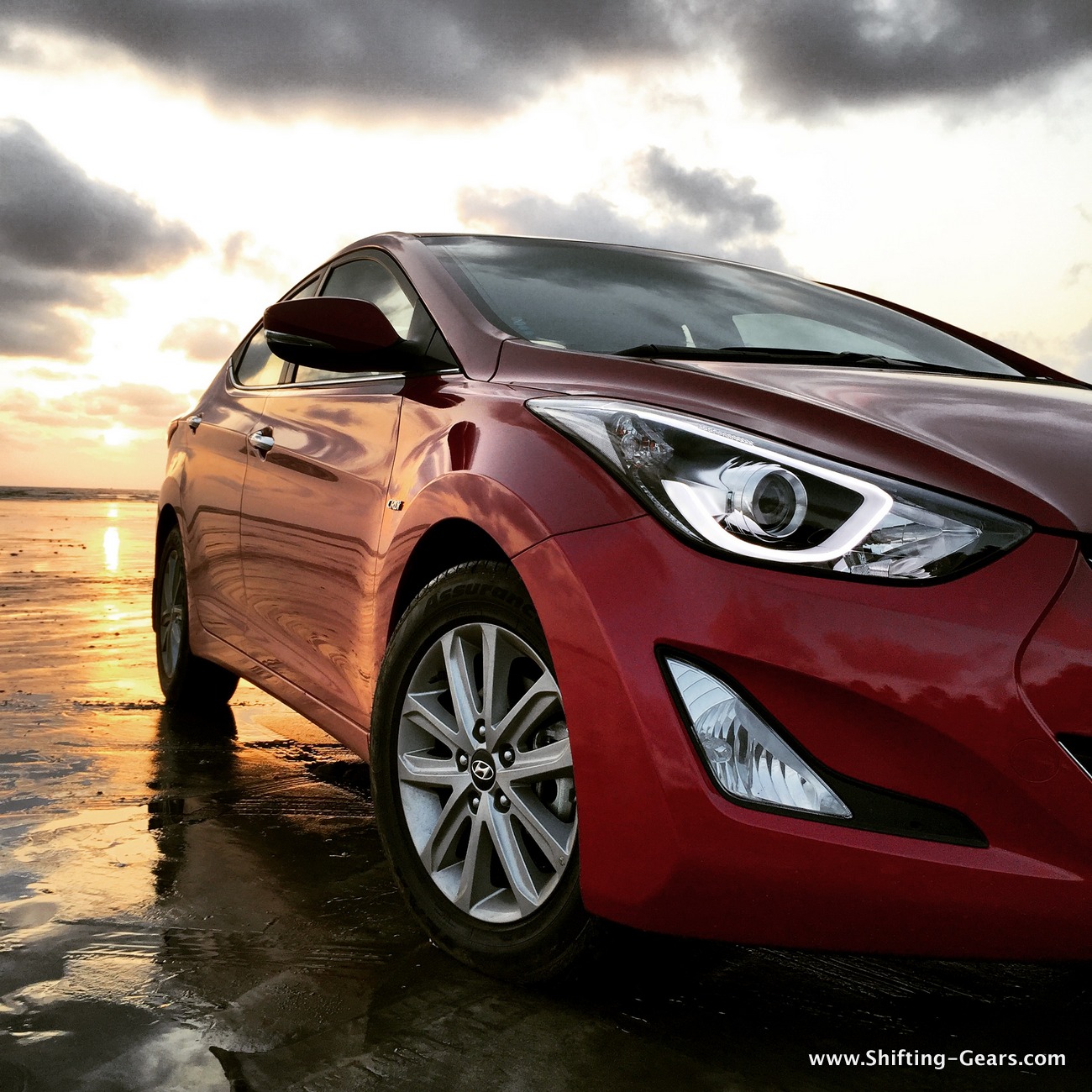 With the facelift, Hyundai has missed adding features such as Distance-to-Empty, instantaneous fuel efficiency, average fuel efficiency in the MID which even the cheaper Hyundai products have.

Engine, performance & handling:
The Elantra facelift continues unchanged under the hood. Globally, Hyundai has added the auto start / stop function to the D-segment sedan, but it is missing on the Indian model. 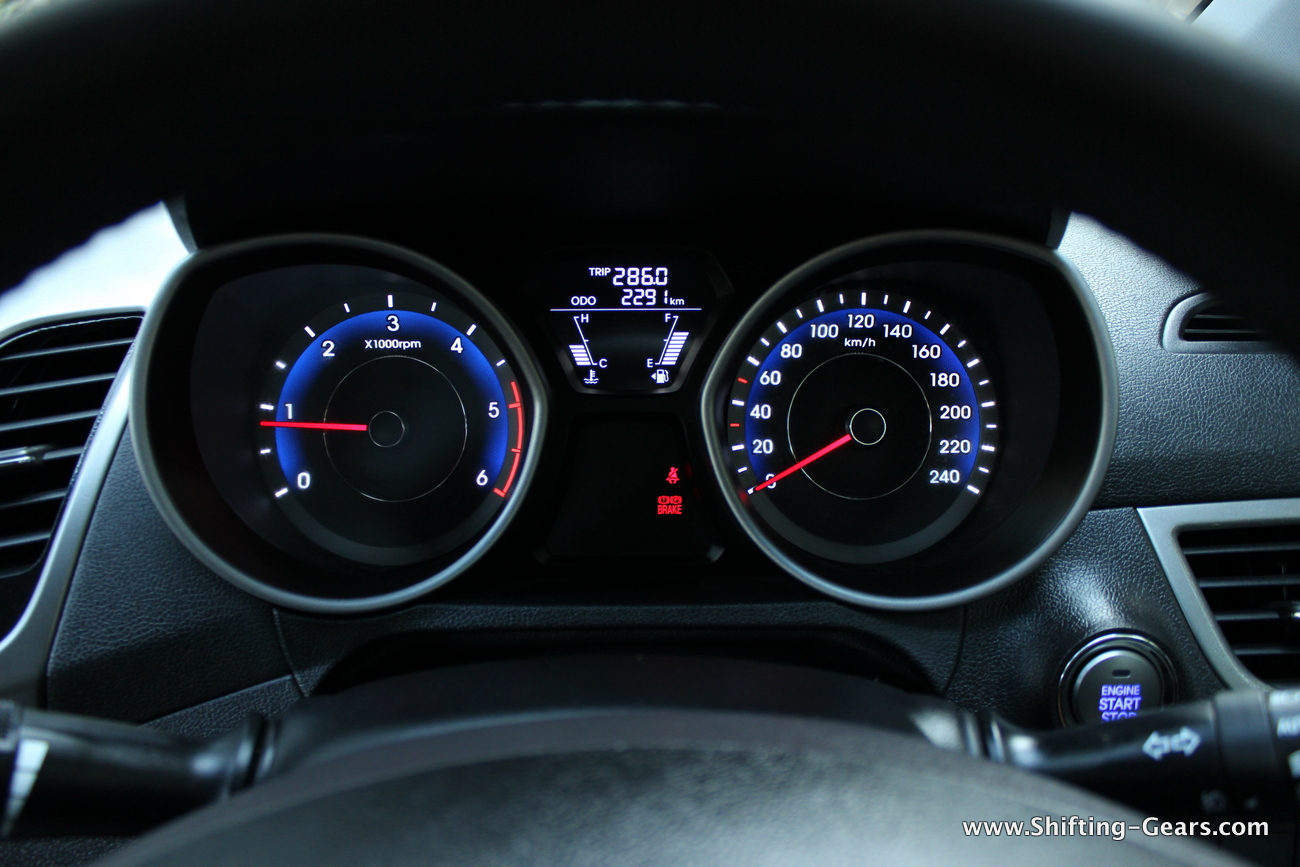 We drove the diesel 1.6L manual variant and driving dynamics are identical to the pre-facelift model. Fire up the engine and you will notice that the Elantra diesel is the quietest sedan in the segment. Hyundai has managed impressive NVH levels with the 1.6L diesel and the cabin is at ease (audibly) almost throughout the revv range.

There is enough power to commute within the city and the mid-range performance makes the Elantra very versatile. However, the turbo lag below 2,000 RPM is prominent and can catch you unaware sometimes while overtaking. It is advisable to downshift when suddenly trying to overtake amidst cruising. Post 2,000 RPM though, the engine is responsive and throttle response will keep you happy. Push the engine, and the motor does not sound coarse or stressed. It revvs clean all the way up to the redline. 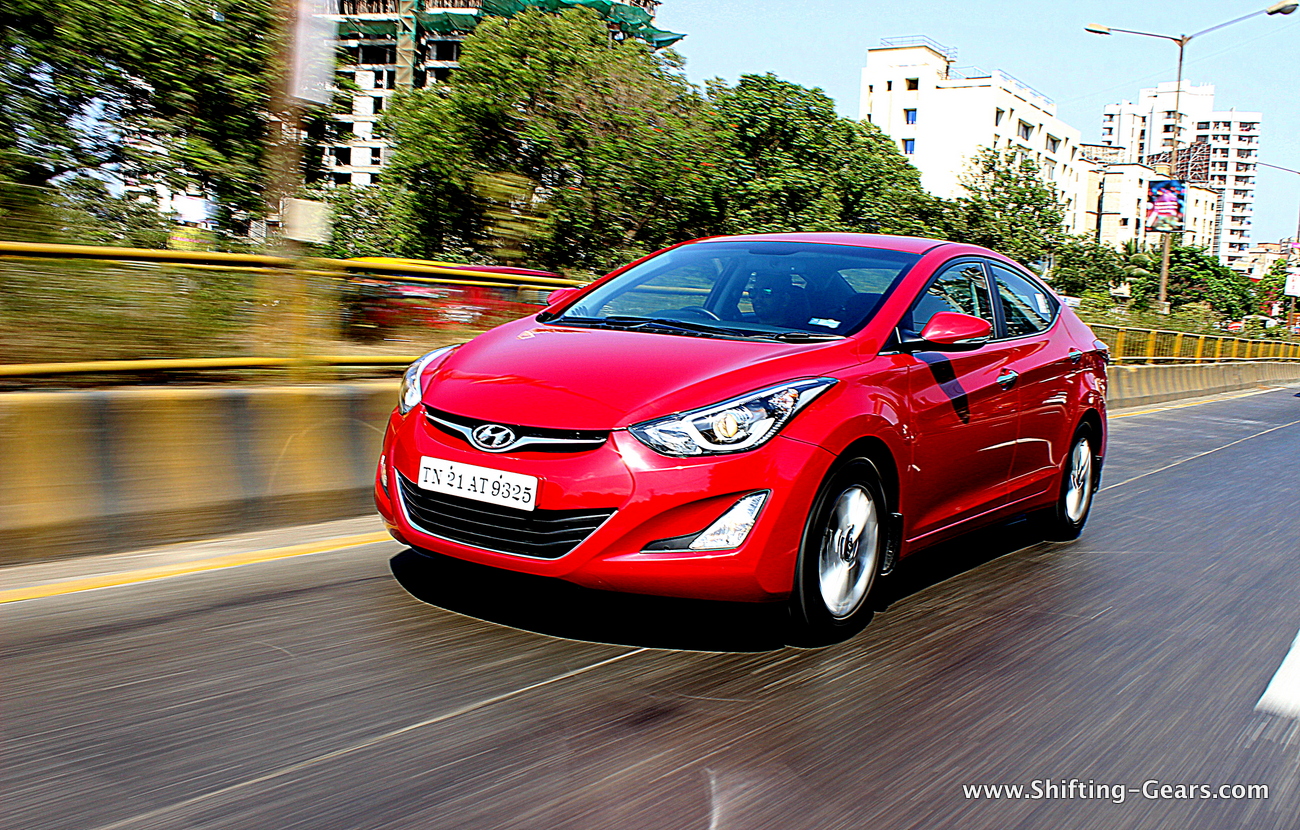 Both the petrol & diesel engines are matched to 6-speed manual or 6-speed automatic transmissions. The manual gearbox is butter smooth and gear gates are really well defined. For those who are not used to the car though will struggle between the 3rd & 1st gear as there is very little travel to recognise between the two. The automatic gearbox on the other hand feels a bit lethargic compared to the dual-clutch competitors. Shift quality however is smooth, and acceptable by segment standards. But once you drive the DSGs from the VW group, single-cluch automatics feel spartan.

One of the sore points for the Hyundai stable once upon a time, is now not so bad. The Elantra is a decent performer in the handling department. Suspension quality is soft and it soaks up the bumps nicely. There is some vertical movement, but we prefer it this way on the Indian streets as it doesn’t share the jerks with the occupants. Yes, this compromises cornering or enthusiastic driving; but very rarely do you get to do it on Indian streets anyway. Both the front & rear seat occupants will complaint less about ride quality. Steering is light & easy for city maneuvering. Feedback from the steering though is very poor and sometimes you have no idea what those front wheels are up to.

Braking performance is average as the pedal feels very spongy. If we have to highlight the contrast in product development; the brake bite on the Hyundai Grand i10 is so sharp that it unsettles the occupants and the Elantra in comparison feels a little under-servoed. A better feedback from the pedals is required. 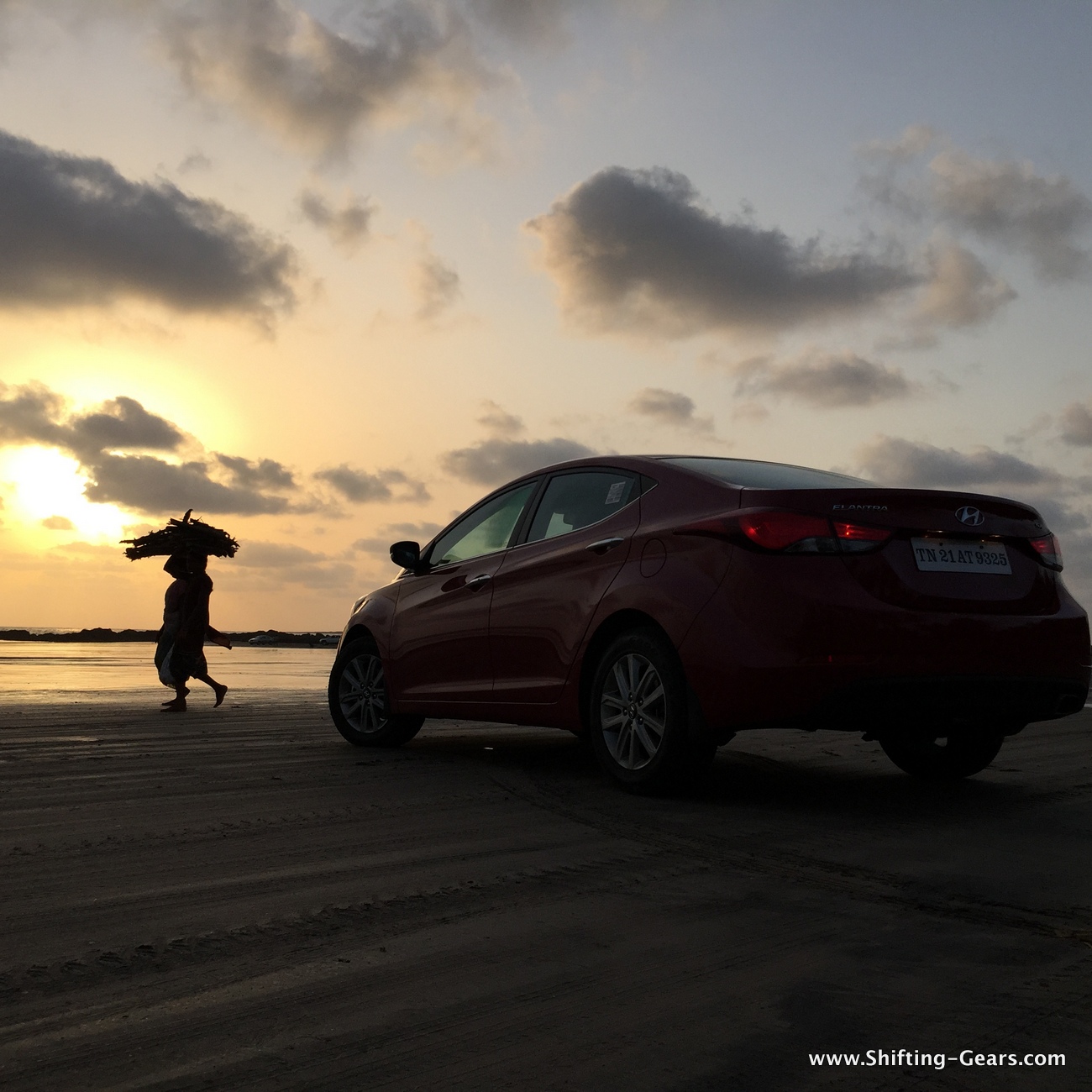 So, if you’re in the market for a D-segment sedan, the Hyundai Elantra is still one of the most feature rich sedans available in the market. Where Toyota harps about reliability on the new Corolla which is frankly overpriced given the engine specifications & the feature list; we think that the Elantra is as reliable and more feature rich than the Japanese competition for sure. But it does loose out to the latest generation Skoda Octavia which has raised the bar in the segment so high, that even the Volkswagen Jetta cannot match it. But then, the German sedans are now asking for prices close to D2 segment sedans which might be quite a stretch. Is the facelift worth giving a shot? Yes!