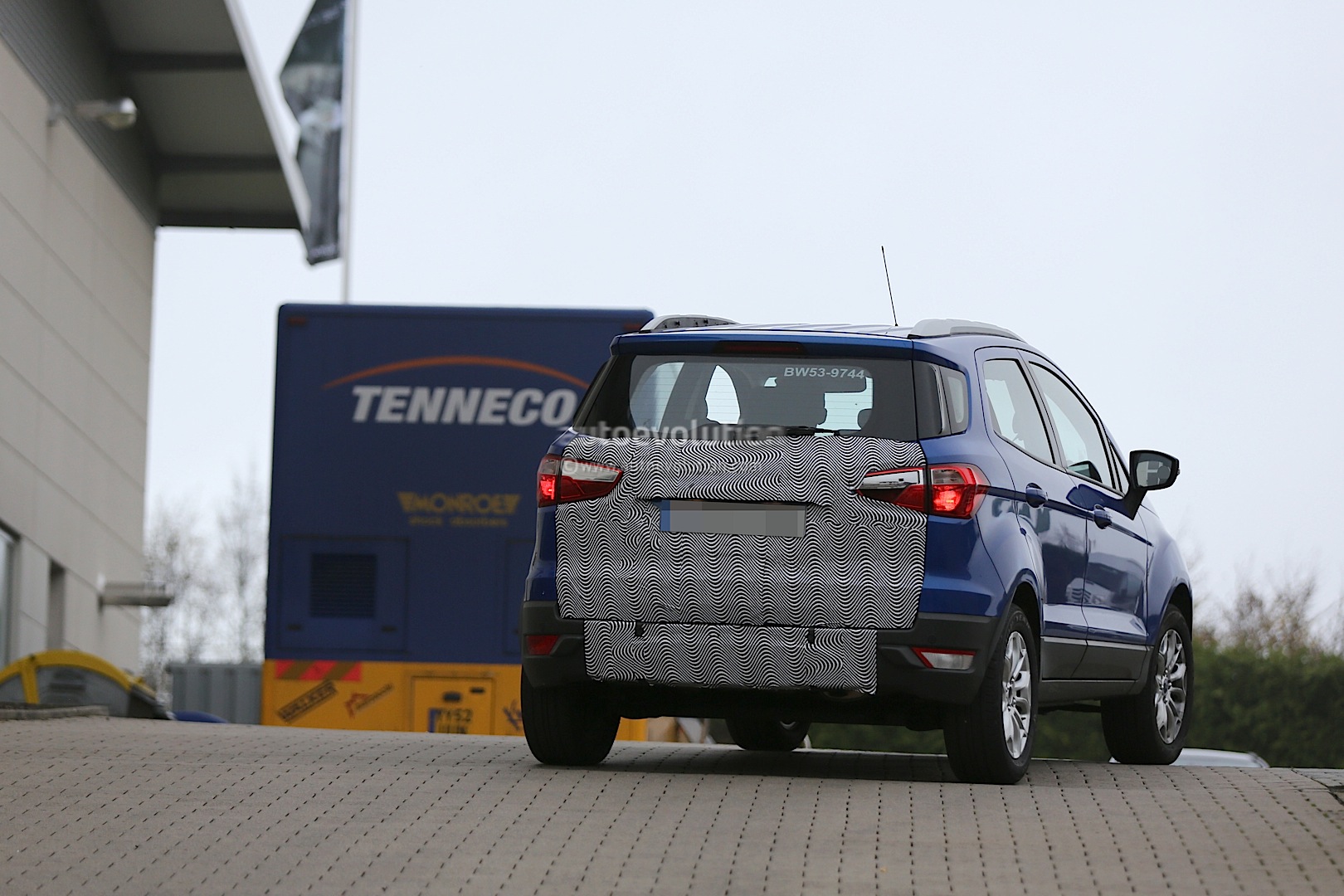 The 2015 Ford EcoSport has been spotted testing abroad for the first time. Spyshots reveal that the updated compact-SUV from the Ford stable could loose the spare wheel mounted on the tail gate.

Visual differences compared to the current generation remain minimum at least on the exteriors. As we mentioned, the spare wheel has been removed from the tail gate, which was probably disliked in the international market. In India however, this added to the SUV-ish characteristic of the EcoSport. The number plate housing has moved up from the rear bumper to the tail gate. Tail lamps remain identical to the current generation.

There are still no details on the front end changes and the interiors, however, it is just a matter of time before more spyshots emerge.