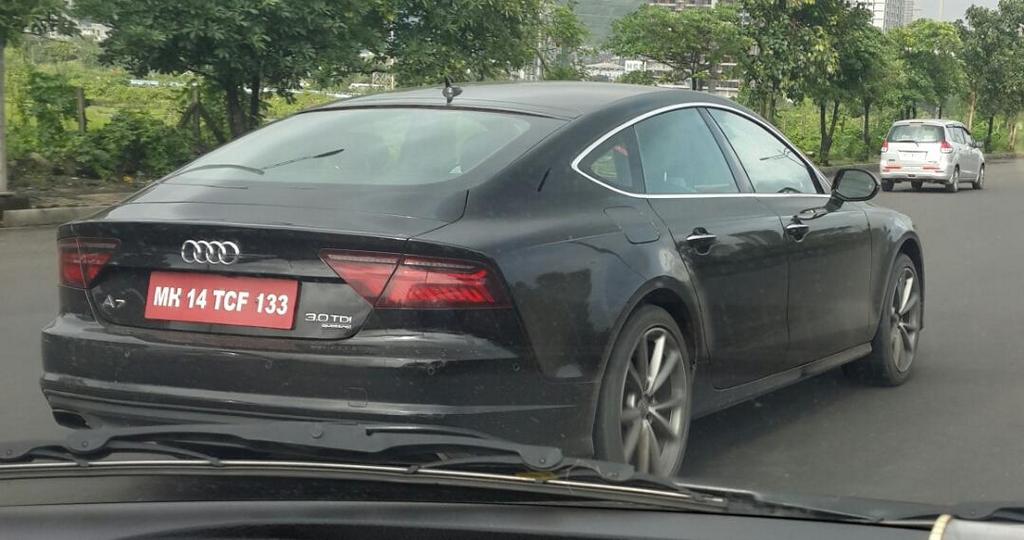 The 2015 Audi A7 sportback facelift has been spotted testing on the Indian soil.

On the inside, the car gets a new MMI (multimedia interface) with touch functionality powered by an NVidia graphic processor. Interior trim and colours have been revised as well.

The scoop image shows that the car is a 3.0 TDI model, which mean, it will be powered by the 3.0L diesel engine pumping out 268 BHP of power and 600 Nm of torque.

Expect the car to go on sale sometime next year, and fight against the BMW 6 Series Gran Coupe and the Mercedes-Benz CLS. 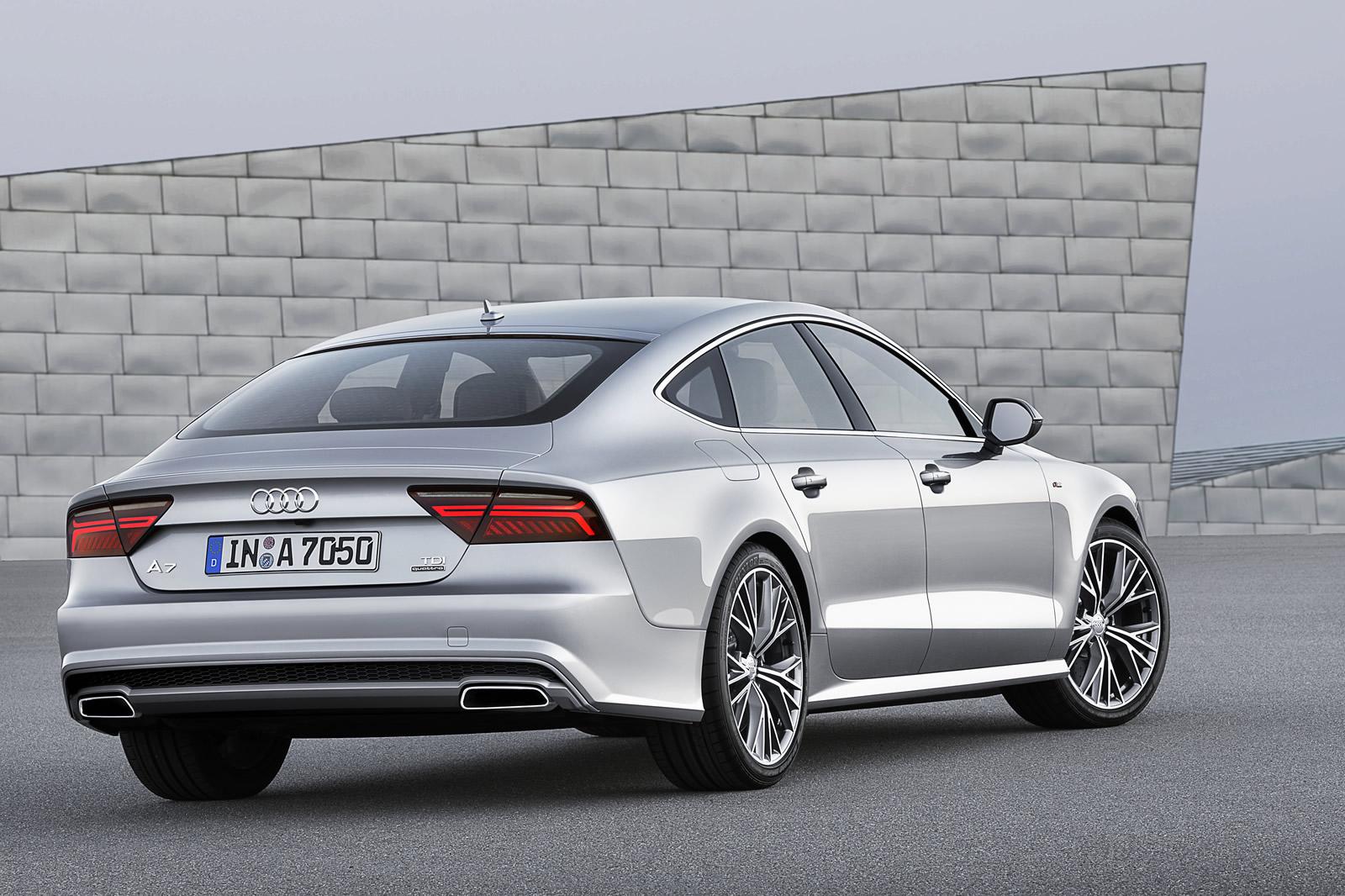 Image of the facelift A7 sportback