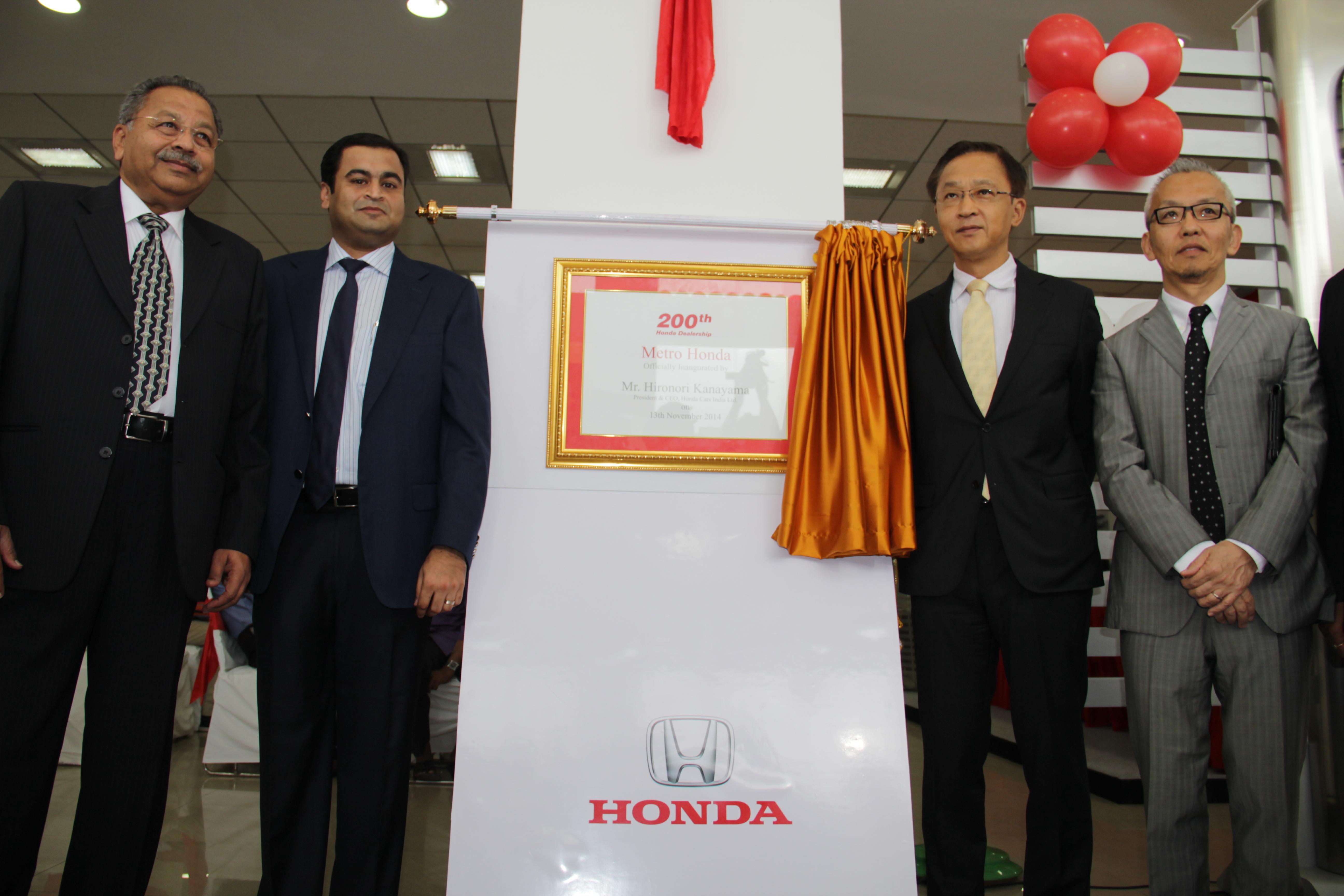 Honda Cars India Ltd. (HCIL), today announced the opening of its 200th dealership in India with the inauguration of Metro Honda in Secunderabad.

The company is expanding its network in the country focusing on existing & newer Tier III markets and announced its plans to add 100 new dealers in the next 16 months by March 2016.

Honda has a business goal of achieving sales of 300,000 units per annum by March 2017, and with more number of dealerships, they want to reach out to more potential buyers. HCIL now has network presence of 200 facilities in 130 cities in the country. HCIL aims at expanding its dealership network by 35% during FY 2014-15 and take the number of dealerships to 230 in 150 cities by March 2015.

Backed by strong demand for cars like Honda City, Honda Amaze and recently launched Honda Mobilio, HCIL achieved more than 1 lac sales in the current financial year registering an overall growth of 43% during the period April – October 2014 with 1,01,442 units as against 70,831 units during the corresponding period last year.

Metro Honda dealership is located at Bowenpally, RR District, Secunderabad. With a built-up area of 58,000 Sqft, Metro Honda is a 3-S facility designed and built to provide the complete range of Honda services to its customers – sales, service and spare parts. The facility boasts of a Showroom and a workshop with 25 bays and facilities for body & paint, wheel alignment, wheel balancing and other services. The dealership also offers facilities like Auto Terrace – Honda’s facility for exchange & pre-owned car purchase and Honda Assure for all motor insurance requirements.

Another new dealership is currently being set up in Thane on the Ghodbunder road and should be functional by early-2015.