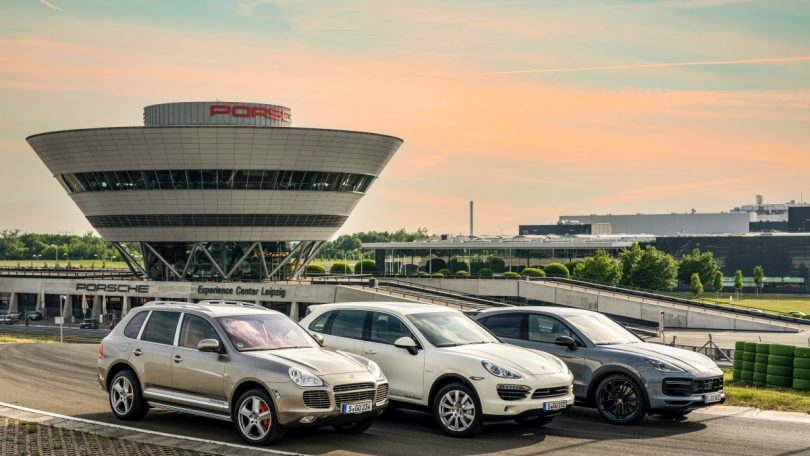 The third model in Porsche’s history, the Cayenne, has had an extraordinary success story. In 1989, Ferry Porsche predicted that if the company built an off-road model according to their standards of quality and had a Porsche badge on it, people would buy it. He was not wrong. It has been 20 years since Porsche launched its first SUV, and it has been one of the mainstays of Porsche’s global success. 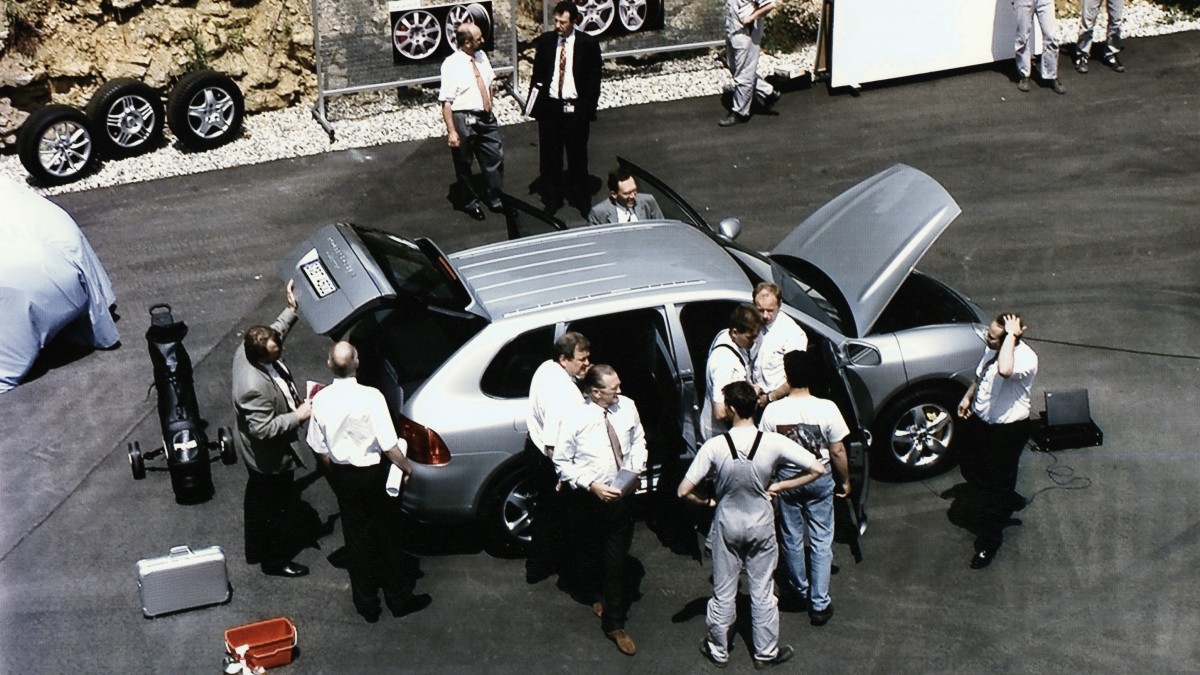 Porsche had to make big decisions in the 90s to secure its long-term economic success. At the start of the decade, Porsche found itself in one of the most significant financial crises in its history. The carmaker delivered only 23,060 cars in the fiscal year 1991-1992. To tackle the crisis, Porsche launched the Boxster in 1996. However, the company quickly realised it would need more than the 911 and a mid-engined sportscar to get out of the slump.

Hence, plans for a ‘third Porsche’ started taking place without a firm decision about its segment. On the recommendation of the US sales organisation, Porsche decided on an off-road vehicle. The other options Porsche considered were a people-carrier or an MPV. An off-roader SUV was trending in North America, which was Porsche’s biggest market back then. Porsche also set its sights on the Asian market.

Ambitions for the new Porsche were high from the start. The company was not content merely with building a sporty SUV but aimed to give the top runners in the off-road segment a run for their money. 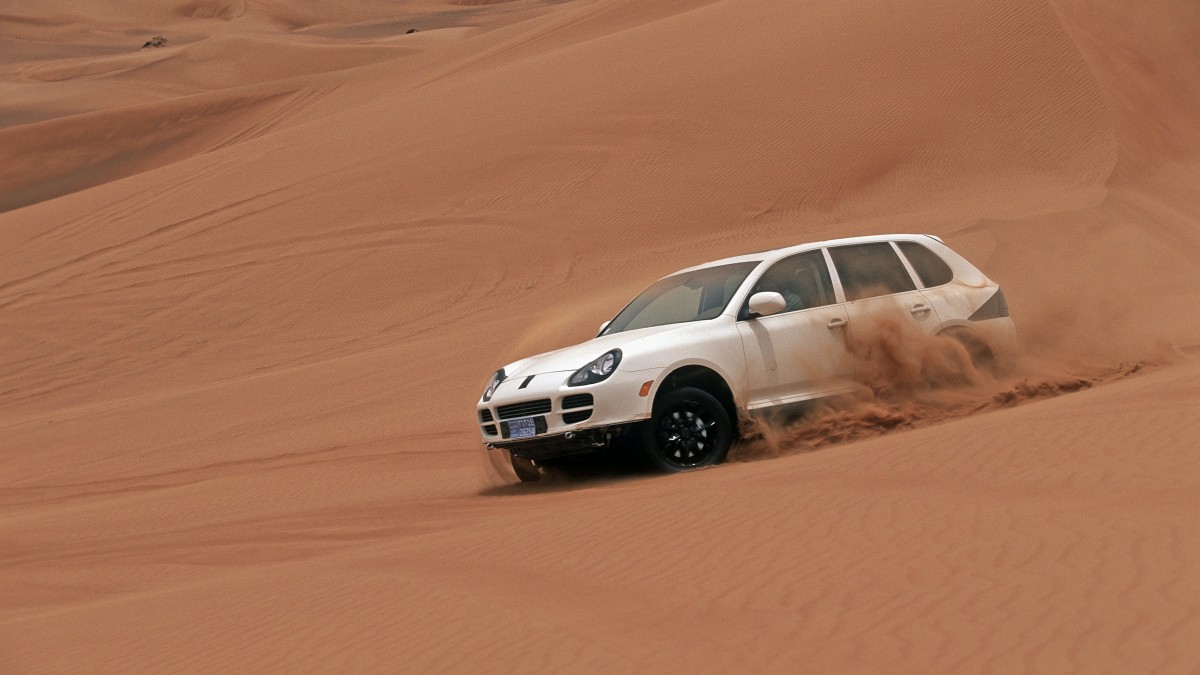 The massive undertaking was tackled as a part of a joint project with Volkswagen. The two brands dubbed the project ‘Colorado’. In June 1998, it was officially announced that the Porsche Cayenne and Volkswagen Touareg would share the same platform. Initially, both the brands used their own engines and developed their own chassis set-ups. This was despite both the models sharing identical architecture. Porsche was responsible for developing the new joint platform at its Hemmingen site. At the same time, Volkswagen contributed its production expertise to help with manufacturing in large volumes.

In 1999, Porsche decided to build the Cayenne in its home market rather than abroad. For this, the company constructed a new production facility in Leipzig. Porsche officially opened it in August 2002. Meanwhile, Volkswagen produced its counterpart, the Touareg, at its plant in Bratislava, Slovakia. Porsche sourced the painted bodywork from there while the final assembly took place in Saxony. The first and second generations of the Porsche Cayenne, known internally as E1 and E2, rolled off the production line, first in Leipzig and later in Osnabruck. After the third generation (E3) arrived, Porsche moved all of the Cayenne’s production to Bratislava. Thus, creating additional capacity at Leipzig for the Panamera sports sedan and Macan compact SUV.

Cayenne’s wide technical range makes it a family-friendly touring vehicle. Furthermore, it could also double up as a robust off-roader and highly dynamic sports car with typical Porsche performance. These characteristics have helped Cayenne shape the SUV segment for the past 20 years. The E1-generation Cayenne came with a choice of two V8 engines. The Cayenne S used a new 4.5-litre V8 producing 340 PS. At the same time, the Cayenne Turbo made 450 PS from the same displacement. 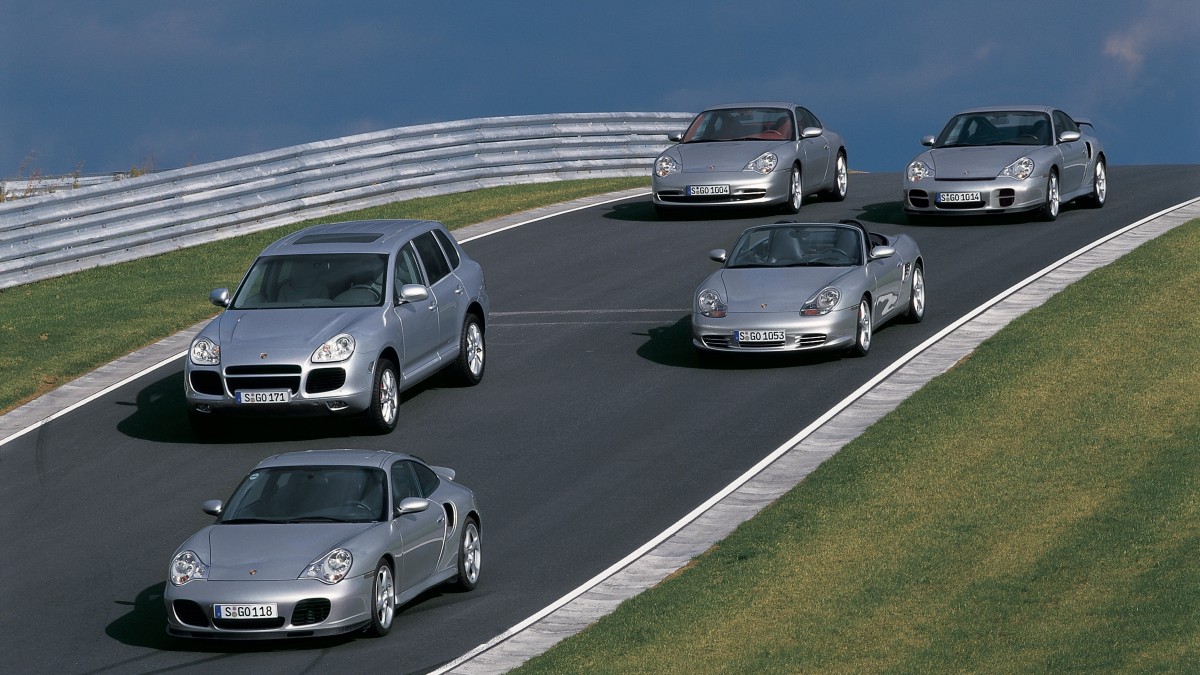 The Cayennes hit top speeds of up to 266 kmph, which was an important message to regular sports car customers. Porsche had also met the expectations of these customers in terms of chassis. Helping with the cornering dynamics was the then-new Porsche Traction Management (PTM). It distributed drive power between the front and the rear axles in a 62:48 split as standard. Away from the paved roads, the Cayenne drivers could also use a low-range transfer box to improve the traction. It also came with a fully locking centre-differential. The feature prevented the wheels from spinning even if briefly lifted off the ground. Using all this, Porsche’s first off-road was as capable as its other well-known competitors.

The first-generation Cayenne was also the first Porsche model to feature PASM. The company offered the Porsche Active Suspension Management together with air suspension. Hence, it could continuously regulate the damping force depending on the road conditions and the driver’s driving style. The air suspension was also helpful in off-road conditions. Using the air suspension, drivers could increase the ground clearance of the Cayenne from 217 mm to 273 mm. This was thanks to the level control system within the air suspension. At the beginning of 2006, Porsche introduced the first Cayenne Turbo S. The Turbo S attracted attention with its engine output of 521 PS from its 4.5-litre bi-turbo engine. 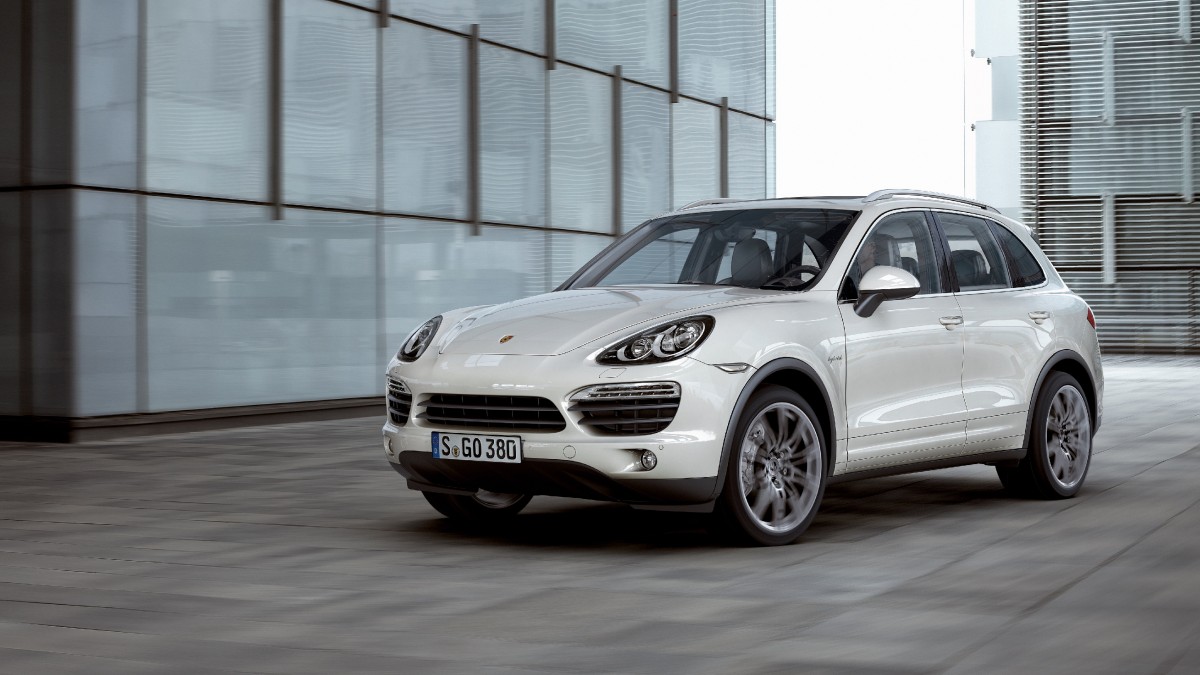 Porsche’s head of design describes the Cayenne’s design evolution as “Establish, sharpen, refine”. The same would also apply to its technical prowess. The second-generation Cayenne introduced an on-demand all-wheel-drive system with an actively controlled multi-plate clutch. This replaced the low-range transfer box, and Porsche still uses it to date. The completely redesigned second-generation Cayenne also introduced hybrid and plug-in hybrid powertrains. These variants also featured a Torsen centre differential. All the existing engines got a power bump, and 23 per cent lower fuel consumption. On the inside, the biggest highlight was the new rising centre console.

For the third generation (E3), Porsche’s objective was to heighten the range of capabilities even further. The company aimed to make it sportier and more comfortable while maintaining its off-road capabilities. Porsche specially developed a three-chamber air suspension and rear-axle steering for this purpose. A new and lighter aluminium bodyshell also helped make it more agile and efficient. It also came with a new central control unit. The unit integrated all of the Cayenne’s new driver assistance systems. The Cayenne also received a connectivity update which included smartphone integration, WiFi and Bluetooth.

In 2017, Porsche also bid farewell to the diesel engine in the Cayenne. The company instead focused on further developing the plug-in hybrid technology. In the spring of 2019, Porsche hit another milestone with the introduction of the sportier Cayenne Coupe.

The Hybrid Pioneer – Boosted Performance Like A Sports Car 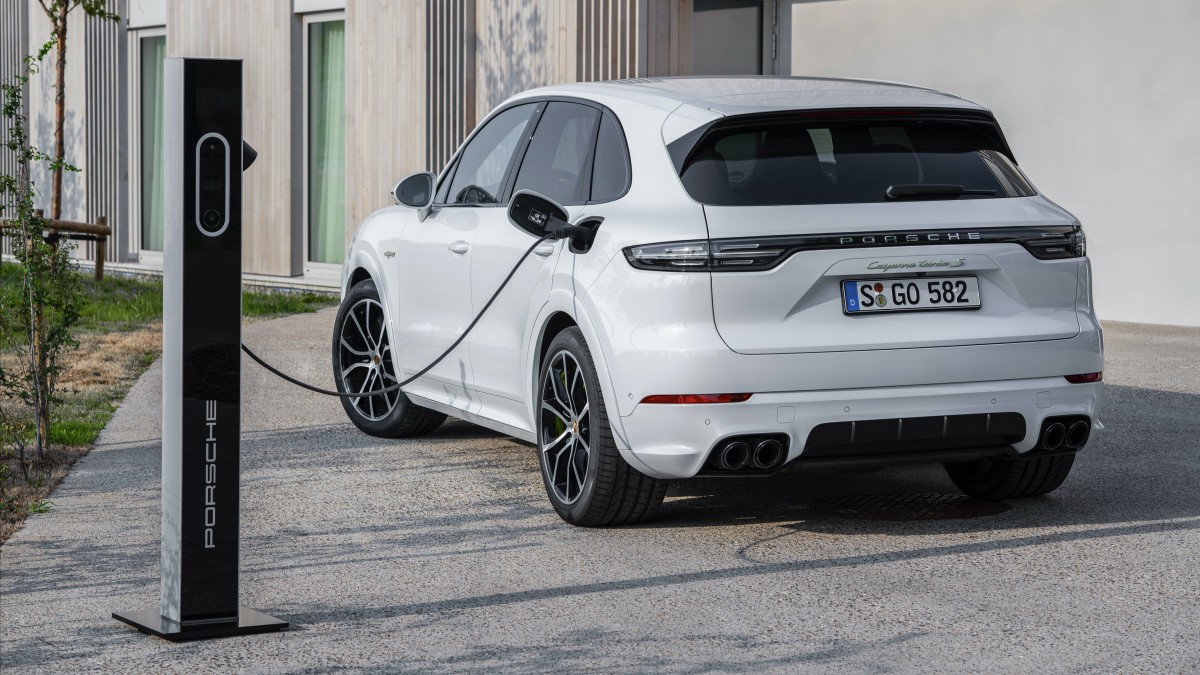 The third-generation Cayenne’s plug-in models could reach speeds of up to 135 kmph on electric power alone. Furthermore, these models had an electric-only range of up to 44 km. The models used a 17.9 kWh high-voltage battery pack and a 100 kW electric motor. The model responsible for all the current Porsche hybrid models is the 918 Spyder. The 918 Spyder was the fastest car on the Nurburgring-Nordschleife. Porsche says this was not despite but because of its hybrid drive.

2019 also saw the introduction of the most powerful Cayenne model – the Turbo S E-Hybrid. The new variant produced 680 PS and is still available today. As with all Porsche plug-in hybrids, the driver of the Turbo S E-Hybrid can use the electric energy for an additional boost in any driving mode. The model offers 900 Nm of torque virtually from a standstill. This allows the model to accelerate from 0 to 100 kmph in just 3.8 seconds. 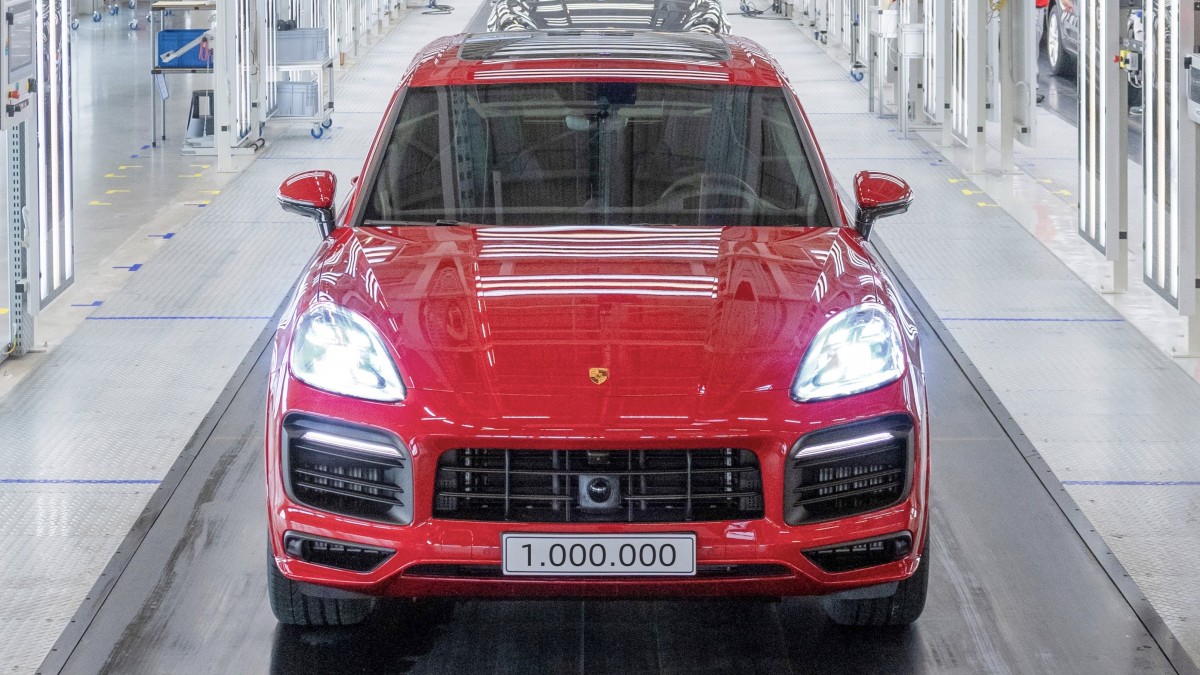 Shortly after its world premiere in September 2022, the Cayenne became a worldwide success. Furthermore, it also exceeded sales expectations. Porsche initially expected to sell 25,000 units annually. However, in the first eight model years of the first-generation Cayenne, Porsche sold 276,652 units. This was just under 35,000 units per year. In the summer of 2020, Porsche also rolled out the millionth Cayenne off the production line. In 2021, Porsche delivered over 80,000 units of the Cayenne.

The Cayenne created the economic basis for sustainable success for Porsche. All this without compromising on the brand’s motorsport-based values. Porsche says its sports car in the SUV segment has proven to be a bestseller since 2002. However, that is not all. The Cayenne also opened the door to many new markets for Porsche, including India. Porsche says the Cayenne is now one of its most in-demand models worldwide, and the company is sure its popularity will remain the same in the future. 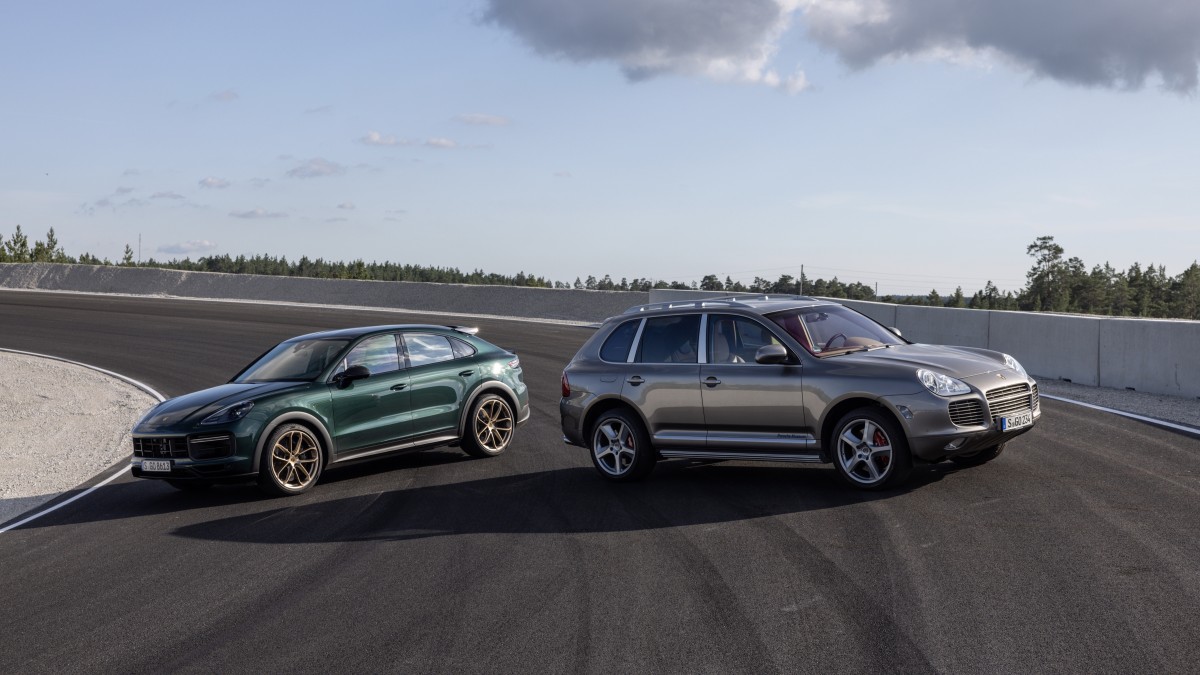 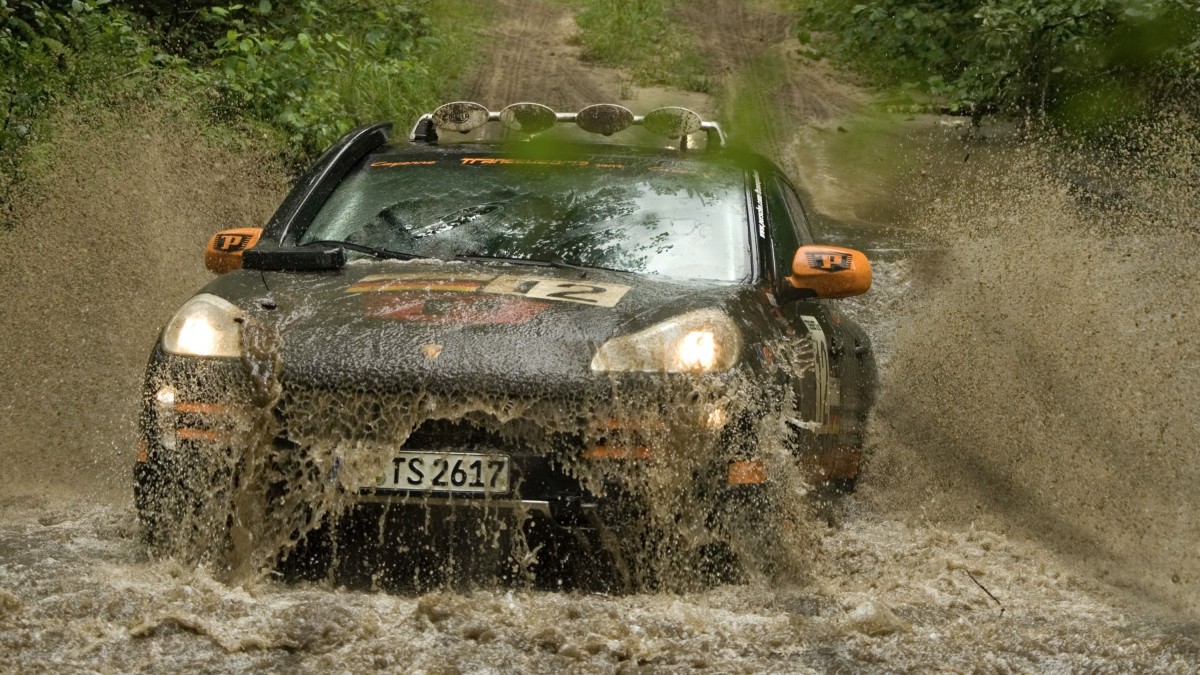 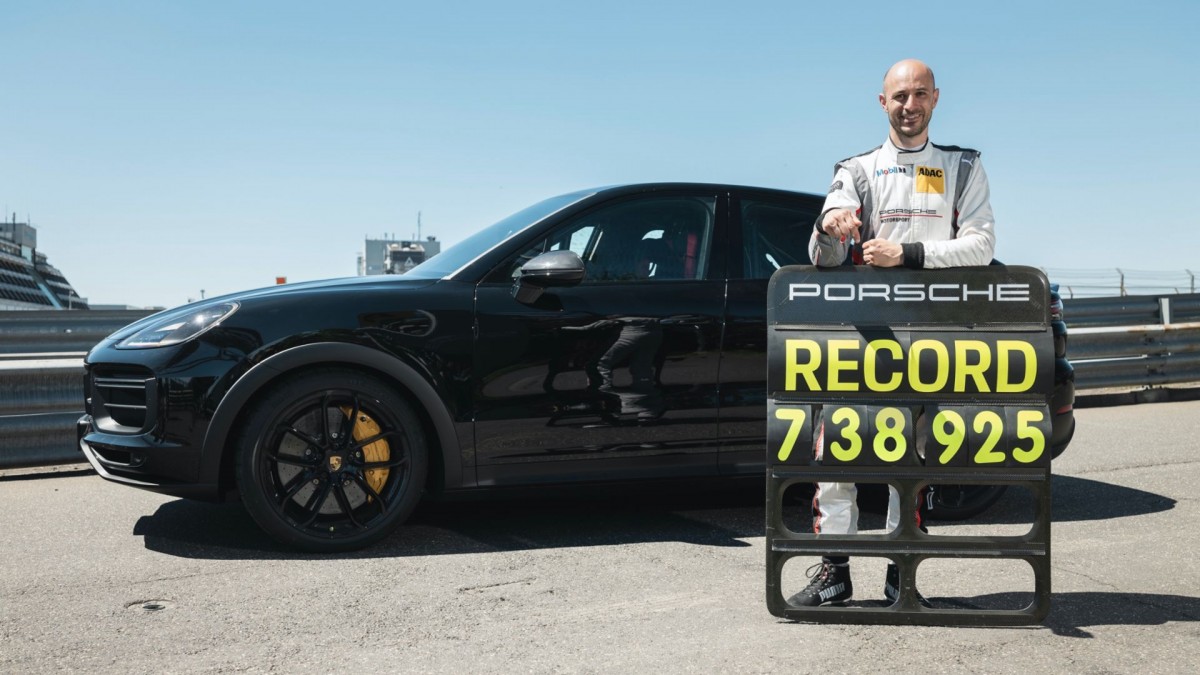