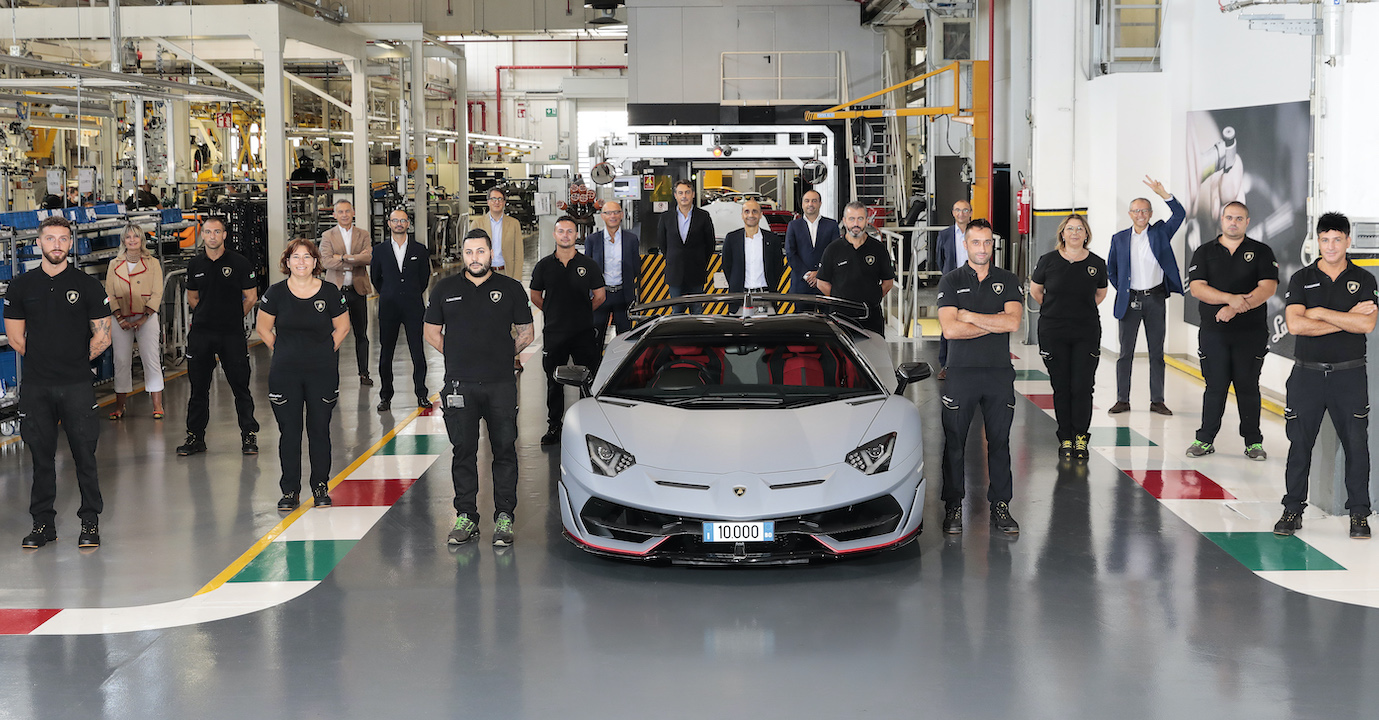 Automobili Lamborghini has announced a new production record by producing the 10,000th Lamborghini Aventador that has rolled out from the Sant’Agata Bolognese factory, in the last nine years, since the brand launched the Aventador range in 2011, in the coupé version as the Aventador LP 700-4. The 10,000th Aventador is in the SVJ Roadster avatar with Grigio Acheso (grey) colour with Rosso Mimir (red) livery on the exterior and Ad Personam interior in Rosso Alala (red) and black. The car is destined for the Thai market and comes with ‘10,000’ chassis number.

The Aventador SVJ Roadster is powered by Euro5-LEV3 compliant 6.5-litre 60-degree naturally-aspirated V-12-cylinder MPI petrol engine that produces 770 HP of power and 720 Nm of torque matched to a 7-speed Independent Shifting Rod (ISR) robotised transmission and 4WD with Haldex generation IV offering weight to power ratio of 1.98 kg/HP. The engine can propel the car from 0-100 kmph in 2.9 seconds and achieve speeds greater than 350 kmph.

The Aventador SVJ comes with a carbon fibre monocoque produced in the Sant’Agata Bolognese factory and comes with a combined cockpit, floor and roof of the car in a single structure, ensuring extremely high structural rigidity, offering maximum performance, stability and passive safety.

In terms of design, the Aventador SVJ Roadster comes with sharp exterior features with wing-design disconnected front splitter, new front bumper with integrated side fins highlighting the ALA system (Aerodinamica Lamborghini Attiva), a sharp V-shaped front apron, three-dimensional air intake on the hood that directs the airflow, large ducts on the sides, a geometrical rear end, louvres on the rear windscreen to vent hot engine air, a diffuser on the rear apron, a rear spoiler, and the brand’s hallmark upward-opening doors, similar to those of the legendary Countach and the V12 models that followed it.

The Aventador SVJ was introduced in 2018, where “SV” stands for Superveloce, and the “J” stands for “Jota” denoting the car’s supremacy on the track and in terms of performance. The Aventador SVJ has established itself as the fastest production vehicle on the Nürburgring-Nordschleife track, covering the 20.6 km lap in just 6:44.97 minutes.

In the recent past, Lamborghini announced a new production record by rolling out the 10,000th Urus in just two years of its market introduction. The 10,000 Urus SUV was bound for the Russian market and featured the new Nero Noctis Matt (black) colour, combined with the carbon fibre package and two-tone Ad Personam interiors in black and orange. 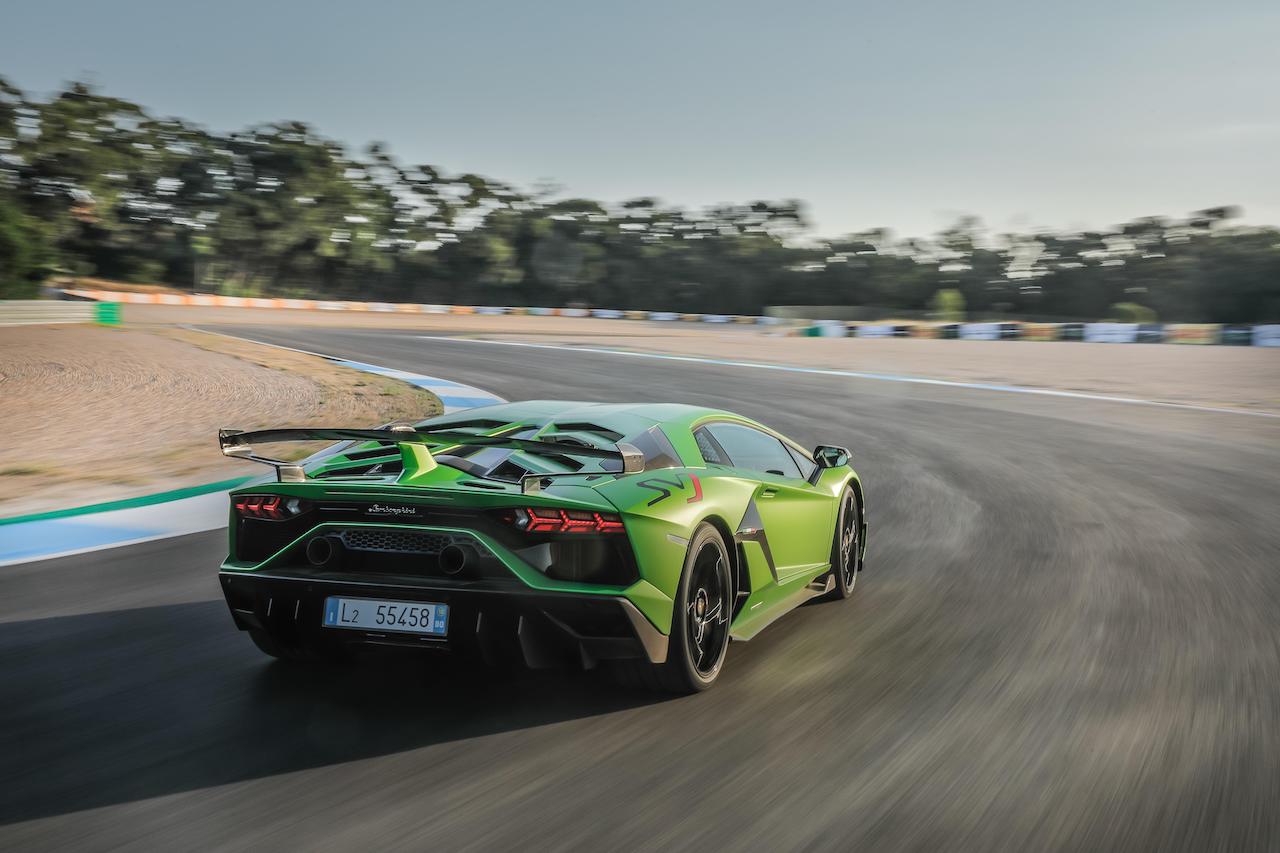