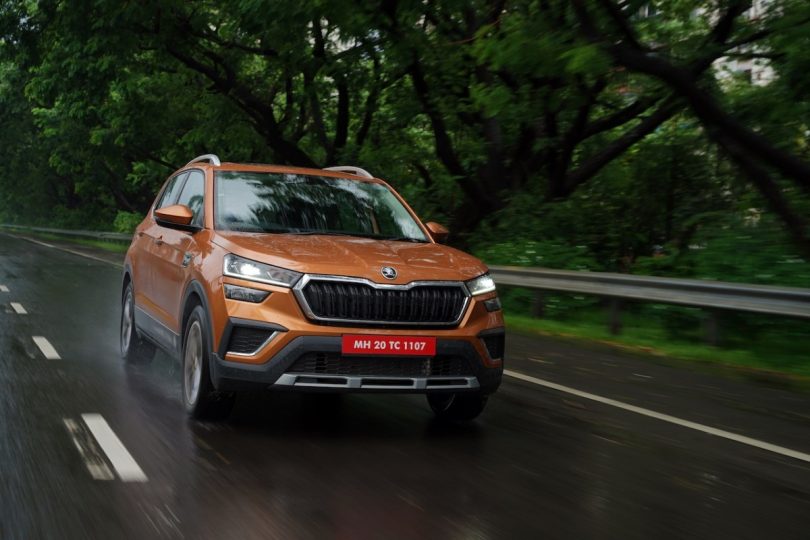 This helps increase the fuel efficiency of the car as well as reduce the tailpipe emissions. Furthermore, the engines also come with an innovative, thin, powder-coated layer applied to the cylinder liners. The 0.15mm plasma coating reduces internal friction, reducing fuel consumption and the thermal load on the engine. Also, the coating allows better heat distribution and dissipation in the combustion chamber.

The Skoda Kushaq comes with a 1.5-litre, four-cylinder Turbocharged Stratified Injection (Turbo-Petrol) engine. The engine produces 150 PS of power and 250 Nm of torque. The motor comes paired to a 6-speed manual transmission or a 7-speed DSG (Dual Clutch Automatic Gearbox). The automatic gearbox comes with a paddle shifter and overall the gear ratios claim to offer a perfect blend of sportiness and comfort.

The engine is not only punchy but also efficient. The brand claims that the Kushaq will return an ARAI tested mileage of 17.95 kmpl for manual transmission and 17.71 kmpl for the automatic variant. According to Skoda, the 1.5-litre engine Kushaq is capable of sprinting from 0-100 kmph in just 8.6 seconds and reach a top speed of 190 kmph.

The Kushaq is also available in a 1.0-litre TSI Power three-cylinder turbo-petrol engine. The engine produces 115 PS of power and 175 Nm of torque. The 1.0-litre engine comes with a 6-speed manual gearbox or an optional 6-speed torque converter automatic. In the 1.0-litre avatar, the Kushaq claims a top speed of 186 kmph.

Here are the Prices and the Colour options on the Skoda Kushaq 1.0L and Kushaq 1.5L. 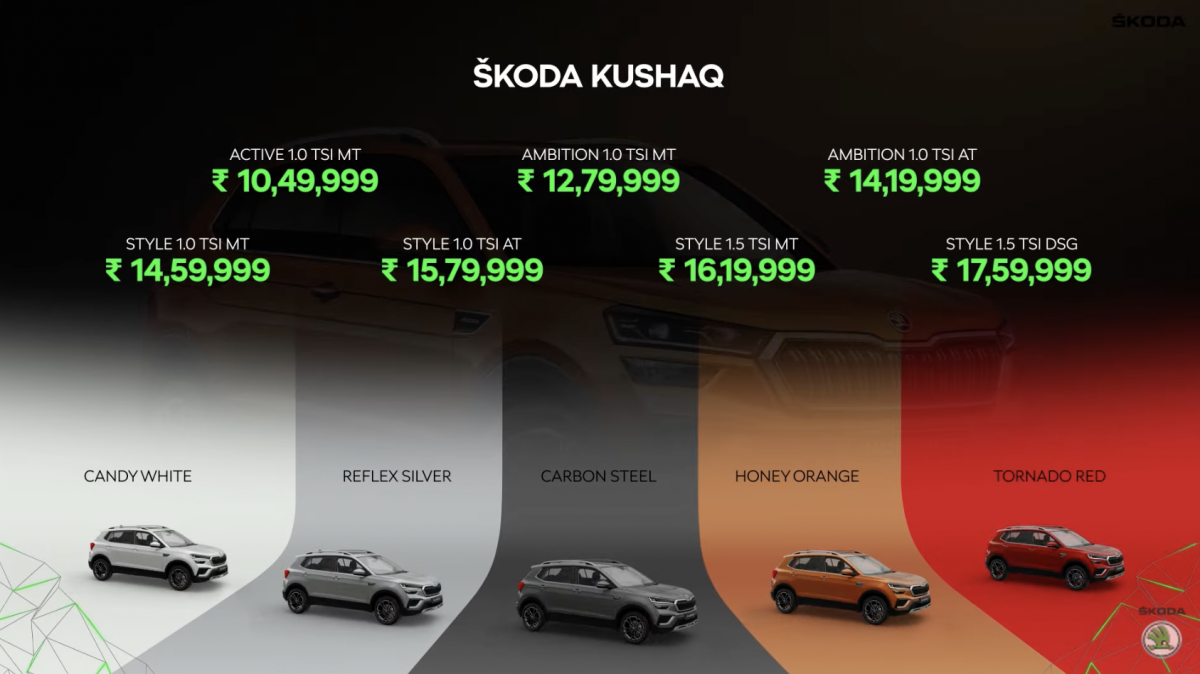